The Zambezi Valley of Zimbabwe contains a World Heritage Site and the longest contiguous wilderness area in Southern Africa.

Though the region is home to one of Africa’s remaining elephant strongholds, the Zambezi Valley has lost 40% of its elephant population since 2001. In 2016 alone, they lost one elephant every four days to poaching.

It’s this crisis that inspired a heroic effort to stop the poaching. Formed in 2015, Zambezi Elephant Fund (ZEF) brings together a passionate group of individuals, NGOs, tour operatives, and The Zimbabwe Parks and Wildlife Management Authority. And as you might imagine, trying to coordinate the logistics of their complex work takes an incredible amount of collaboration.

“Instead of working on this issue in our own ways, we’ve combined our efforts in order to most effectively prevent poaching,” said Richard Maasdorp, Coordinator, Zambezi Elephant Fund (ZEF). “By bringing together the group’s diverse set of skills and perspectives, we and our partners have developed highly effective anti-poaching activities and have started to contain this crisis.”

Though this collaborative model is rare across Africa, the founders of The Zambezi Elephant Fund are convinced it’s one of the main reasons for their success.

Here’s how their team unites different parties in pursuit of a common goal—and uses Dropbox to make that work easier.

“By bringing together the group’s diverse set of skills and perspectives, we and our partners have developed highly effective anti-poaching activities and have started to contain this crisis.”—Richard Maasdorp, Coordinator, Zambezi Elephant Fund

The campaign against poaching begins by training the people on the front lines: the rangers. The ZEF team provides them with food, equipment, and transportation to the areas known to have poaching activity. The rangers patrol on foot, looking for human footprints, fires, vultures—any indication that poachers have been in the area.

We call these areas ‘hot spots,’” explains Richard. “Based on the season, we know where poachers are likely to be. In the rainy season, they tend to move along river lines, following elephant paths. In the dry season, the hot spots change.”

The more ground the rangers can cover in these hot spots, the better. Because even if the poachers aren’t confronted directly during a patrol, they get nervous when they see the rangers’ footprints. The rangers’ food, transport, and equipment—including radios, tents, packs, and mosquito nets—are made possible by groups and individuals committed to anti-poaching.

Much of the area where poaching takes place is remote and difficult to access. To get rangers in there as quickly as possible, ZEF’s partners have been using earth-moving equipment donated by their supporters to create anti-poaching paths.

Patrolling from the rivers and skies

It’s estimated that nearly 50% of these poachers come from Zambia, crossing the Zambezi River to get to the elephants. To help reduce these numbers, ZEF has funded a patrol boat to intercept the poachers and prevent them from even reaching the shore.

“One of our partner organizations, Flying for Wildlife, fly personally owned small aircraft looking for signs of fires and carcasses, giving us coverage in the most inaccessible areas,” says Richard. “We are looking to fund a dedicated light aircraft for their use.”

There is also an anonymous tip program that enables witnesses to use messaging apps to send anonymous tips about who might be poaching, or hiding ivory before it’s shipped. If this leads to the arrest of people involved in illegal wildlife crime, then a mobile payment is sent as a reward to the informants.

This has proven to be a very successful program.

Presenting the mission and showing the impact

When the work you do happens in such a remote area, how do you communicate the impact you’re having? More important, how do you bring in more people from around the world, and invite them to participate in your mission? For ZEF, email attachments and bulletins were losing impact. Being able to vividly illustrate both the majesty of the elephants they’re protecting and the urgent need for help is key to reaching new supporters.

To help people understand the ZEF mission, it takes more than text to tell the story. So they turned to Dropbox Showcase, a new product introduced in October 2017.

“Dropbox Showcase helps us bring people into our world. It helps us explain what we are doing visually, it helps to guide people through the work being done often thousands of miles away,” says Richard. “If you can’t feel the dusty path under your feet, the sun warming your back, if you can’t hear the elephants drinking at the waterhole nearby—water gushing through their trunks and down their throats—then it’s up to us to help you understand our work from afar, to understand why we care, why you should too, and what we’re doing to fix this poaching problem. It’s no small task and Dropbox Showcase helps us achieve this.”

One of the key features Richard appreciates about Showcase is the ability to customize the presentation for different audiences. When they share a project externally, Showcase lets them highlight different aspects and tailor them to the interests of the recipient. They can quickly make tweaks to add details and reorder files so that the priority information is right at the top.

“Dropbox Showcase helps us bring people into our world. It helps us explain what we are doing visually, it helps to guide people through the work being done often thousands of miles away.”

ZEF also uses Showcase internally to communicate across their entire organization. After workshops and strategy meetings, they often need to share takeaways with the rest of the team and partners. Richard says they find it much more engaging and motivating to present this information as a showcase rather than ordinary meeting minutes.

Put your best work in the best light with Dropbox Showcase

“We’ve found that by bringing skill sets and support together from all across the world, we become a powerful team united by a shared mission.”

On November 17, ZEF will be the beneficiary of a Saving the Elephant run in New York’s Central Park. “We’re incredibly excited about the potential this event offers us,” says Richard. “It’s going to take a lot of coordination across our volunteers located in Zimbabwe, New York, San Francisco, and London that are working to make this a reality.”

Soon, ZEF will begin coordinating their work using Dropbox Paper. ZEF plans to use Paper as as one central place where they can share ideas, align on messaging and logistics, and drive all of their work forward to prepare for the event.

“We can’t imagine this wild jewel on planet earth without our elephants,” said Richard. “It belongs more to them than to us and we’re working hard to protect them. We’ve found that by bringing skill sets and support together from all across the world, we become a powerful team united by a shared mission. We invite everybody, near and far, to join this journey with us.”

The making of an accidental film about an unintended memoir

Casting comedians with a gift for between-the-joke moments in Together, Together

Propelled by the pandemic, How it Ends wrapped just 9 months after it started

How docuseries Philly D.A. is giving an inside look at America’s criminal justice system 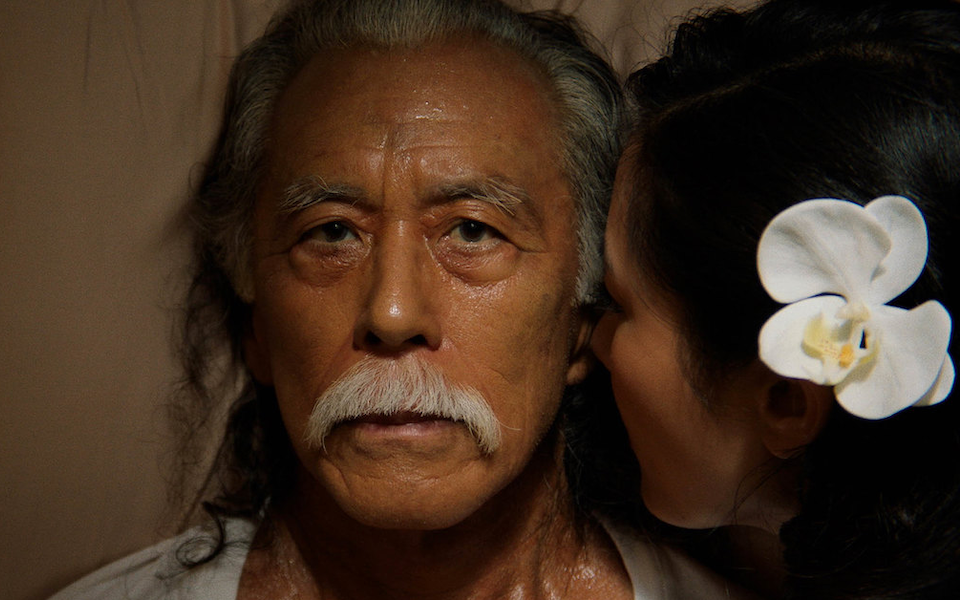