The open office layout is meant to foster an egalitarian work environment that inspires creativity and spontaneous collaboration among colleagues. Nearly 60 years since their invention, an increasing body of research is beginning to show what many employees already know—open offices often fall short of that ideal.

How we got here

A pair of German brothers developed the original open office in 1958. Gone were managers’ private offices and underlings’ rows of desks. Instead, the new design featured clusters of desks based on departments. By removing physical barriers, the designers were convinced that communication and ideas would flow freely.

Less than a decade later, Herman Miller chief executive Robert Propst invented the cubicle and the walls returned. Propst criticized the open office as a wasteland that “saps vitality, blocks talent, frustrates accomplishment.” He envisioned his cubicles as a way to liberate workers by providing them with privacy and personal space. Unfortunately, most businesses downgraded his roomy, flexible designs to the depressing, but less expensive, warren of beige cubicles that we all know now. (In a 1998 interview, Propst himself accused companies of manipulating his original idea into “hellholes.”)

Create, collaborate, and share your work—all in one place—with Dropbox Paper. Try it free

Today, the open office layout is back with a vengeance. In a 2013 survey by CoreNet Global, an association for corporate real estate managers, more than 80% of respondents said their company had moved toward an open space floor plan. And once again, the backlash has begun. In the last five years, a slew of articles with alarmist titles like “ Death To The Open Office Floor Plan!” and “ Open-plan offices were devised by Satan in the deepest caverns of hell” have assailed the supposedly progressive design.

So what exactly is wrong with the modern open office layout and how can we create spaces that fulfill the promise of a happy and collaborative workplace?

By design, colleagues are more accessible in an open office layout. The minute a question pops into your head, you can easily hop over to a co-worker’s desk, or simply swivel your chair to face them. Unfortunately, these well-intentioned intrusions can lead to real problems.

First among those is reduced productivity. According to a study on the cost of interrupted work, a typical office worker is interrupted every 11 minutes. Even worse, people often take up to 25 minutes to refocus on the original task.

And without physical barriers to block it out, noise may be the number one problem with open office plans. Together, loud phone talkers, gossipy co-workers, and that guy chomping on an apple every afternoon can frazzle your auditory system. Researchers have found that the loss of productivity due to noise distraction doubles in open office layouts compared to private offices, and open office noise reduces the ability to recall information, and even to do basic arithmetic.

As anyone who’s had to call their doctor from their desk knows, one of the worst parts of open office layouts is that you can’t control who you hear—or who hears you. In a 2013 study about the privacy-communication trade-off in open offices, 60% of cubicle workers and half of all employees in partitionless offices said the lack of sound privacy was a significant problem.

Along with these frustrations, open offices are actually making people sick. A study on the association between sick days and open office plans found that people working in open offices took 62% more sick days than those in private offices. And remember all those interruptions that workers experience in open offices? In a survey in the International Journal of Stress Management, employees who were frequently interrupted reported 9% higher rates of exhaustion.

The office of the future is here

Clearly, open office layouts aren’t the hotbeds of creativity designers originally hoped they would be. And with office space at a premium, private offices for everyone isn’t a realistic alternative, nor is it ideal. The ebb and flow of effective collaboration requires several types of spaces. As workplace experts outlined in the Harvard Business Review, employees tend to generate ideas and process information alone or in pairs, then come together in a larger group to build on those ideas, and then disperse again to take the next steps.

Luckily, the solution is fairly simple—design offices with a variety of areas to suit different kinds of work, including communal hubs and meeting rooms for group work, and smaller private spaces, where people can put their heads down and concentrate. Then give employees the freedom to choose between these places throughout the day.

The best place to start? Talk to your people. When companies understand what types of environments their employees need to do their best work, they can design better offices to meet these needs. Engineers who spend hours brainstorming in small groups don’t always need the same sorts of dedicated spaces for focused concentration as copy editors or financial analysts. Here are three of the more progressive ways to make your space suit your employees:

Privacy pods. Perhaps the most powerful and popular trend in the move away from open offices is an increased number of small private spaces. These include soundproof glass rooms, which provide quiet refuges, while keeping the airy feel of an open office layout, as well as so-called “phone booths,” closet-sized spaces for focused solo work and confidential meetings between two people.

Zoning. Along with building more private nooks, companies are now replacing traditional conference rooms with a greater range of meeting spaces. These include alcoves where groups of three to four co-workers can gather for a meeting on the fly, and team meeting spaces for five to eight people that can be booked in advance or saved for groups that meet frequently. Businesses can also cut down on unwanted distractions by dividing floor plans into neighborhoods based on expected noise levels and locating chattier departments, such as sales and operations, far away from quieter teams. Using desks, shelving, and large plants to create more labyrinthian configurations reduces auditory and visual distractions as well.

No designated desks. Today’s mobile communication tools allow people to work from anywhere, opening up the entire building as a potential workplace. You may want the buzz of energy that a cafe or atrium can provide. Other times, you may find that setting up shop in the fresh air can lead to fresh perspectives. Moreover, according to the architecture and design firm Gensler, “ employers who offer choice in when and where to work have workers who are 12% more satisfied with their jobs and report higher effectiveness scores.”

These kinds of setups—where people have the autonomy to work in the areas that best suit their tasks and temperaments at any given moment—may just be what offices need. With them, companies can finally achieve the freedom and exchange of ideas promised by the original open office of the 1950s. And that can give us something we can all agree on: workplaces that work for all employees. 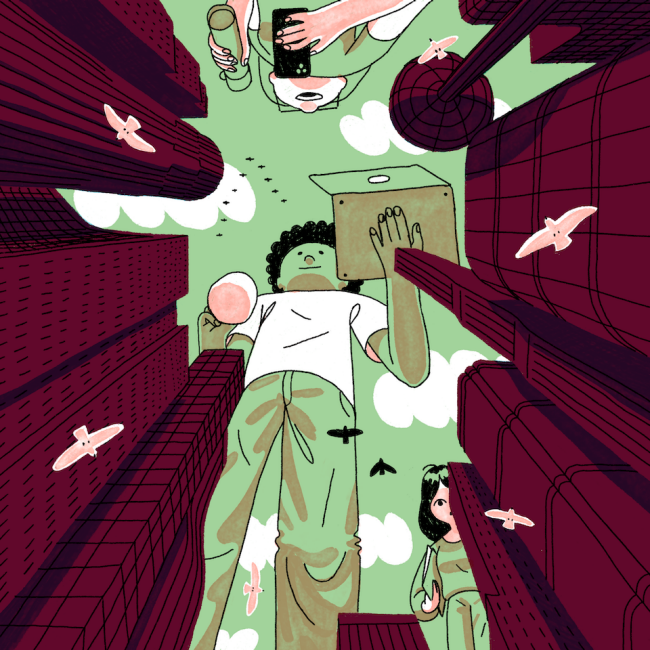 A workplace is more than just a building 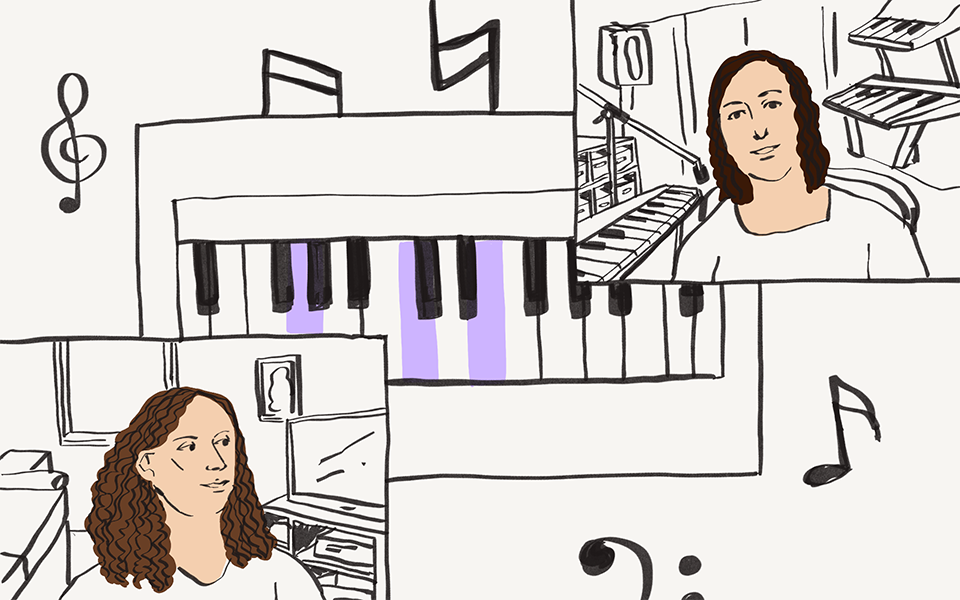 How two songwriters grew a thriving collaborative community (and business) 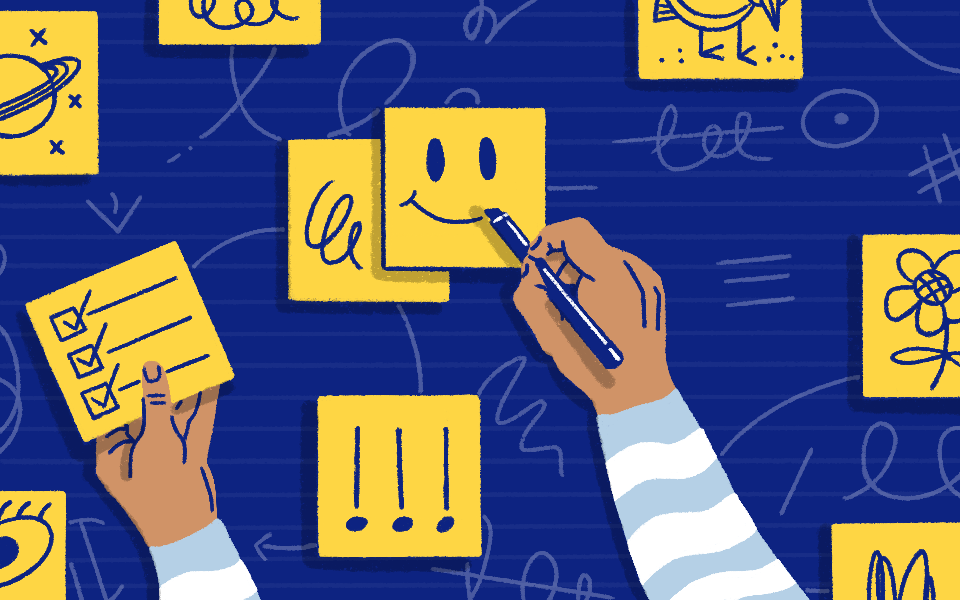 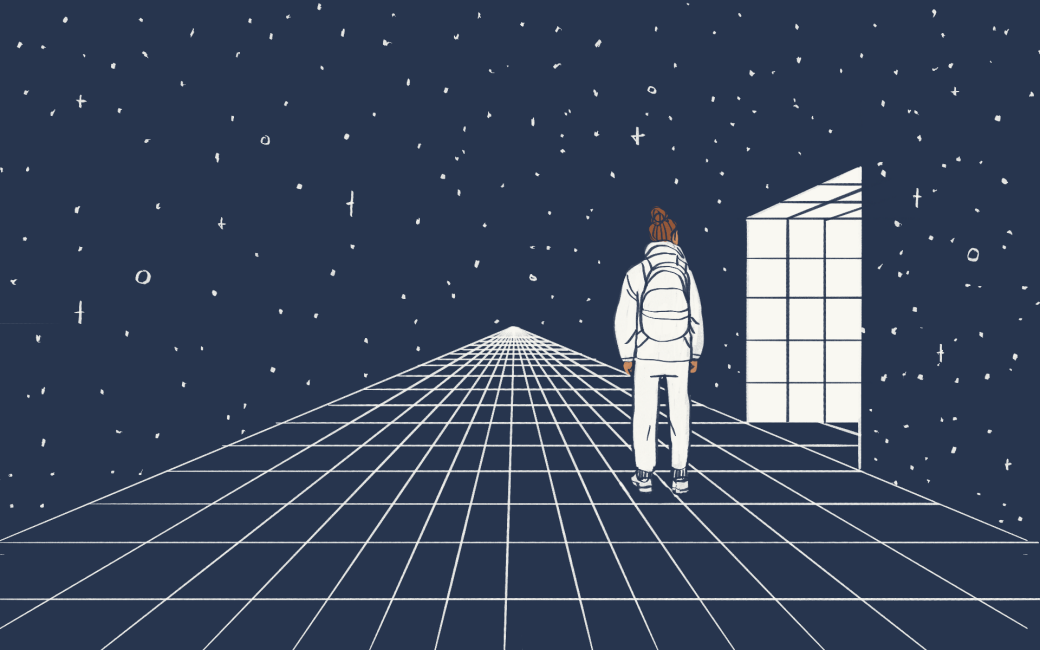 The passion economy is the hustle culture antidote we all need

The Mind at Work: Andy Clark on our brain’s endless entanglement with technology