The way we use technology for work has changed radically from a decade ago.

At the turn of the century, office hardware and software was chosen and provisioned by the IT department, who had the thankless task of supporting people who didn’t know or care about tech. The British sitcom The IT Crowd drew familiar laughs whenever Roy answered the phone with an immediate question: “Hello, this is IT, have you tried turning it off and on again?”

Workers turned the tables on IT, though, when they began breaking ranks to use personal iPhones and web applications (including Dropbox) to get their work done, because these tools had become part of their personal lives. This turnabout, dubbed “The Consumerization of IT,” forced IT people at all levels to rethink their roles. When the CEO ditched their Blackberry for an iPhone, the marketing team switched to Google Docs, and the illustrators shoved their standard-issue PCs aside to bring in their own Macs, arguing with them about company policies was a lost cause.

More important, these upstart workers proved to be right. Harvard Business Review recounts the story of a CIO who had a retail VP hauled before a corporate disciplinary council. How dare she use some cloud-based customer relationship management system, instead of the internal corporate CRM for which the CIO had just begun a three-year upgrade project? Her answer: Since the switch, her line of business had gone from losing money to a million dollars a month in new revenue. The article’s authors say she was far from alone. “We’ve seen executives pull out their personal credit cards to pay the bills,” they write, to keep the team’s cutover to online software off the corporate radar.

As a result, IT departments are responsible for hundreds of SaaS tools, with complex integrations and workflows. Yet their back-end responsibilities remain: Uptime. Security. Privacy. Backups. Compliance. All under a watchful eye on total costs and ticking timelines.

The expanding surface area of contact with consumer-driven tech has led many IT teams to add a new cast member, one who bridges the gap between IT’s heads-down engineers and the headstrong workers they serve. They may not come from traditional tech backgrounds. They have titles like Head of Digital Workplace Collaboration or Collaboration Tools Specialist. Most don’t dictate which tools to buy and use. Instead they listen, evaluate, and then advise senior management on what mix of options seems best to empower teams and individuals to be productive, collaborative, and innovative. They then work with those teams to train them on how to deliver the most value from what they have.

How do they do it? We talked to six people who’ve worked in tech long enough to witness the change and have fully embraced it.

Gone are the days when IT’s role was to hand out hardware and software chosen by IT. A decade ago, the iPhone’s debut began a revolution in which workers with clout—CEOs, star salespeople, engineers—brought their consumer devices to work and insisted on using them. Between the iPhone and services like Google Docs and WordPress, the leading edge of innovation and speed to market was taken over by consumer tech.

“Just as Apple introduced technology that’s now part of everyday life, the same thing is happening across other technologies, especially in the areas of communication and collaboration. People use them in their personal lives and want to bring them into their professional lives,” says Dropbox CIO Sylvie Veilleux. Her 35-year career includes Apple, Oracle, Mozilla, and Salesforce, working with both government and industry clients. She says the proliferation of options in the past decade, most notably the switch from installed software to software as a service, gave companies a chance to become dramatically more effective.

At many companies, the switch wasn’t just from enterprise to consumer software, but from working on paper and disconnected systems to going fully digital. Murali Nathan, Head of Digital Workplace Collaboration for mega-size materials science company Avery Dennison, says digitizing and connecting work has empowered workers. “A digital workplace is all about employee experience and driving employee engagement,” he says. “The moment you say ‘digital,’ it is reimagining and rethinking the past. Reimagining processes. A human-centered design approach.”

Alan Lepofsky, VP of Trailblazer Marketing for Salesforce, has seen consumer tech unlock creativity and communication. “People without specialized film or art degrees can easily use emojis, animated GIFs, 360-degree photos and videos, even augmented and virtual reality to help tell their stories. Everyone has a camera on their phone and can instantly capture and broadcast their message to the entire world. We can't take for granted how empowering that is, and the opportunity it provides.”

Generational shifts have also brought in new workers for whom tech has always been personal, Murali says. “Millennials are so influenced by this consumerization. They expect things to be ready-made and readily available to them. They expect to come in their first day and have their computers, phones, and company card ready for them. They don’t want to fill out forms and wait. They want to hit the ground running. If they come in and see legacy technologies—say they have to go to a conference room and dial to have a video call—they expect things to happen instead in a fast, mobile environment where work is happening on the go.”

“In some cases, it doesn’t even require an IT person to be involved,” Veilleux says. In fact, a more user experience or people-oriented background may be a plus.

“My degree is in history,” says Robin Angley, who worked at a large software company before taking on her current role as Agile Leader for CloudBees, a provider of tools and services for software development. “I like to look at things from a higher-level perspective. There are many contributing factors into any specific historical event.”

Spencer Mains, an Information Technology Director for consulting firm Environmental Science Associates, has a degree in Film/Television and Theater Production and Design. “Design and experience are really at my core—look, feel, storytelling, and user experience,” he says. “Having worked in the branding design business for a large part of my career, I've gained insight on how that really makes a difference.”

In this new tech landscape, IT workers can no longer tell workers how to do their jobs and what to do them with. David Mosk, a Collaboration Tools Specialist for Technicolor, says, “I don’t make the implementation decisions. I work with the respective team leaders who do. I offer my perspective as a product specialist.”

This new breed rarely have decision-making power. Their responsibility is to advise senior management on where to spend by studying the workplace and workflows, and to help team members collaborate effectively with the tools they use. Mains says he’s happy not to be the decider. “I've never been a fan of ‘command and control’ as much as team collaboration based on the needs or requests.”

Mosk takes pride in grasping the human aspects of IT, and helping people go beyond completing tasks to making the most of what they have at hand. “One of my biggest accomplishments was converting someone who was averse to tech in a step-by-step manner,” he says.

Without IT’s former authority to tell workers how to work, understanding how people think and act may be more important now than knowing one’s software and hardware down to the bare metal. Angley tells a story of how, at a previous workplace, she coaxed a reluctant team of engineers to go from “we can’t deliver” to “yes we can!”

“I got them into a room, and took a step back and explained the requirements in detail. Then I went around the room one by one and asked each one how this might work for them. I’ve found with technical people that they’re all great problem solvers,” she says. “But it’s not enough to be a good problem solver. You need to recognize the other expertise you need. By the time I got around the table, they had figured out as a group how to make the new delivery process work.”

Without IT’s former authority to tell workers how to work, understanding how people think and act may be more important now than knowing one’s software and hardware down to the bare metal.

Inside out, outside in

This new IT worker seems more like a concierge than a mechanic, but let’s be clear: There’s a big difference between enabling teams to work, and being an enabler for bad habits. IT must still operate on a fixed budget, which means there are only so many IT people and so much time they can give.

Nathan at Avery Dennison says it’s a balancing act. “How can you provide tools, devices, and applications that work cohesively in an enterprise manner, that meet business objectives and goals—security is a huge factor—in a way that the next generation workforce doesn’t see as forfeiting what they already carry?” he asks. “The world of collaboration is changing.”

He says IT needs to set aside the traditional organizational framework of top-down versus bottom-up approaches. “With digital,” he says, “the right approach is ‘inside-out/outside-in, like a reversible glove. Worn one way, it means looking at how the company works internally to connect and deliver to the outside world.” Reversing the glove, he says, “You look at the other side: how you are being perceived, what is your brand, what are your core values? Why would someone want to interact or do business with you? In this world of change, if we don’t disrupt ourselves, someone else will.”

Right now, nearly every business on earth is undergoing an accelerated digital transformation, putting more pressure and spotlight on IT than ever. In a work-from-home world, digital workplace collaboration specialists (by any name) are no longer just a leading-edge idea. Done right, their work lets employees share their own tech discoveries and insights with the rest of the company, and lets IT make the best choices on what to deliver and support. They’re not mechanics, they’re brokers. Their success is measured not in dollars or terabytes, but in two metrics we all track in our heads: Am I as productive at my jobs as I could be? And am I enjoying it? 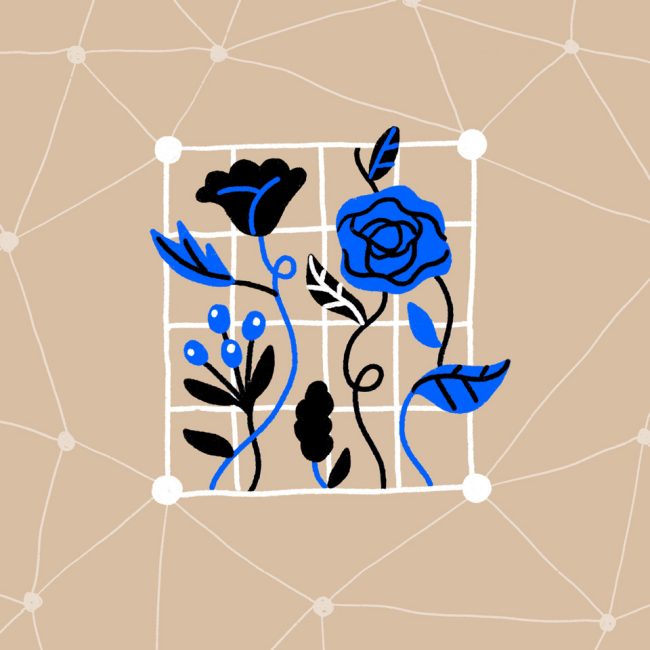 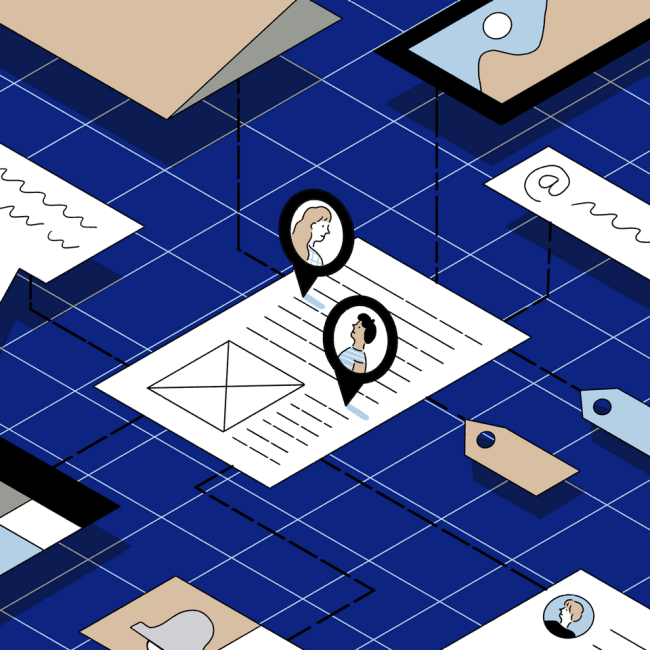 In times of change, we must change or be changed, says Tae Hea Nahm