Joust’s next company offsite was shaping up to be special.

Twice a year, the small FinTech startup brings its employees together for a week of in-person meetings and activities. Like many distributed teams — the company is based in Austin, but most employees live and work elsewhere — they use the biannual meetups to build culture.

This year, with Joust a finalist for a South by Southwest Innovation Award, the company planned to fly everyone to Austin a few days before the start of the festival, do the usual meetings and working sessions, and then hand out passes. Someone created a spreadsheet where people could put their names next to concerts and panels they wanted to attend. They bought plane tickets, planned team dinners, and rented a communal Airbnb.

Then, on March 6, one week before the festival was set to begin, local officials announced the cancellation of South by Southwest. The news surprised Vicki Apodaca, Joust’s Head of Marketing and Communications. At the time, there were 77 documented cases of COVID-19 in the U.S., with only a handful in Texas. Apodaca, who is based in Austin, recalls sitting with three colleagues in their co-working space, watching the mayor’s press conference on TV.

“Everything happened so fast,” she tells Dropbox. “It was pretty demotivating.”

Employees were given the option of flying to Austin if they wanted, but with much of the country suddenly in lockdown, everyone decided to stay home. The offsite was cancelled, and in the weeks that followed team members scrambled to adapt to new realities and responsibilities. The company, which provides banking solutions for freelancers and small businesses, went into its own form of survival mode, making the difficult decision to lay off several employees. With disruption at every level, there was little time or energy remaining for company culture.

“We were all just focused on our own lives and work,” Apodaca says. “Maybe we could have done something virtually, but I think everyone was shaken up and needed that time.”

Since the spring, Joust, like many companies, has been focusing more on company culture, trying to bridge the gaps between team members. As a distributed team, building culture remotely is not a new challenge. But even for businesses that have supported remote work for years, creating a strong company culture in the absence of face-to-face communication, especially with employees’ lives and routines uprooted by a pandemic, is easier said than done.

What makes a healthy company culture?

In a recent interview with Dropbox, Scott Miller, Executive Vice President at FranklinCovey and author of Management Mess to Leadership Success, described culture as “how the vast majority of people behave the vast majority of the time.” He defines behavior as the “level, weight, and frequency of communication,” with company culture ultimately the responsibility of leaders who create and model the conditions for employee engagement.

Miller believes there are three main components of a healthy company culture. First, he says, is leadership creating a “clear, compelling mission and vision.” This must be communicated effectively across the organization so that everyone clearly understands the purpose of their work, what the company is trying to accomplish, and why the company is uniquely positioned to win.

The second component is creating goals that are “actionable and winnable.” If a goal is too lofty or ambitious, Miller says, it risks damaging team spirit. On the flip side, goals that are too easily accomplished may create a false sense of productivity. In addition to striking a balance between motivating and realistic, goals must be crafted in such a way that employees can know if their work is hitting the mark, and whether it’s helping achieve the company’s mission and vision.

The third and final component of a healthy company culture, Miller says, is a set of shared behaviors that everyone must exhibit in order to reflect the mission, vision, and values of the organization, and to accomplish the company’s goals. These behaviors are implemented and modeled by leadership, setting the conditions for how employees behave.

In its 2018 “Culture Factor” issue, Harvard Business Review identified four common attributes of culture — that it is shared, enduring, pervasive, and implicit — noting that unlike strategy, which is set at the executive level, culture blends the direction of leaders with the knowledge and experiences of frontline employees. These attributes align with Miller's views, as does the magazine’s definition of culture, which it calls “the tacit social order of an organization.”

While definitions and overarching principles for creating culture don’t change in remote-first organizations, the way people behave and communicate in physical offices is different from how they communicate online while working from home.

One difference Miller has observed at FranklinCovey since the company went remote is that culture is executed more at a team or divisional level. Employees take cues from the people around them, and in remote settings the majority of daily interactions are with divisional counterparts. With less crossover between teams, the challenge — for newly remote teams, especially — is making sure that culture doesn’t become fragmented.

“Part of company culture is the language you speak and the relationships you make,” Miller says. “I have great friends in the office who I haven’t seen in months. Our Vice President of Operations, I actually called her up two weeks ago, just to check on her. ‘Pam,’ I said, ‘I've missed your voice.’”

Culture blends the direction of leaders with the knowledge and experiences of frontline employees.

When the founders of ReCharge Payments started the company in 2014, they had no intention of building a remote-first culture. They leased a small office space in Santa Monica and began hiring in the Los Angeles area. Around employee five or six, however, financial constraints led them to start looking for talent elsewhere. They hired developers and customer success agents in Denver, Columbia, Argentina — and found that they didn’t miss a beat.

“We recognized that the best talent isn't necessarily within the boundaries of your hometown,” says Chathri Ali, the company’s Chief Operating Officer. “At that point we committed to it and made it part of our culture to be remote-first.”

Today, ReCharge, which provides recurring billing solutions for Shopify merchants, employs over 200 employees and contractors worldwide. Ali says that being remote-first and recruiting beyond the boundaries of Los Angeles allowed the company to create a more diverse and inclusive group of employees — and, “more importantly, a broader worldview and perspective.”

She adds, “That diversity of perspectives shows up in how we’re able to empathize in different ways with our customers and with each other.”

Many of ReCharge’s early hires were the result of advertising on remote job sites. In a way, hiring people who self-identified as interested in remote work was the first step in building a remote-first culture. And today, hiring remains a critical step in maintaining that culture. The company spends a lot of time talking about its core values, including them in job descriptions, sharing them on the company about page, and making them part of the interviewing process.

“Candidates see that we’re looking for someone who embodies ownership, empathy, simple solutions,” Ali says. “All those things are usually characteristics of a remote worker."

Values also play a big role in day-to-day culture-building at ReCharge. At town hall meetings, shoutouts are given to employees who have exemplified core values. There’s a Slack channel called #Cheers with a Bonusly integration that allows team members to award points to each other — with the stipulation that they must include hashtags indicating which values the points are being awarded for.

“Today, it was 100 points to Lacey for organizing a virtual pub trivia event for the whole team — hashtag #simplesolutions, hashtag #ownership,” Ali says.

Another important part of building remote culture, Ali says, is how people work. As employee number 10 at ReCharge, she has spent a lot of time watching the company’s behavior and processes evolve, from the tools they use to the way people communicate. Some tools, like Zoom, Slack and Dropbox, have always been staples at the company, while other long-time favorites have given way to new solutions (e.g. Trello to Jira, HelloScout to Zendesk).

Ali highlights documentation as an area where ReCharge has succeeded in combining tools and processes to build a remote-first culture. In her words, “pretty much every recurring activity” is documented using Confluence. This helps new hires onboard smoothly, while letting others across the organization get answers to their questions quickly and easily.

While tools and documentation are obviously crucial in an environment where 100% of work happens online, nothing is more important than communication. ReCharge holds biweekly virtual town hall meetings to reinforce its mission and values, share customer and employee stories, and provide an AMA forum for employees to ask questions.

Teams also have their own biweekly town halls that go in-depth on topics that wouldn’t make sense for a company-wide meeting. Smaller groups within teams have daily or weekly standup meetings to chat through issues and roadblocks. And across the organization, leads are encouraged to meet with their direct reports for a one-on-one at least biweekly.

Another practice the company has adopted to improve communication is making sure all major announcements are delivered in three mediums: town hall meeting, email, and Slack. This ensures that all important information is seen by everyone in the company, ideally more than once, and gives employees plenty of opportunities to get information and ask questions.

Since the spring, much of the company’s culture-building have focused on helping employees cope with the disruption to their personal lives. So far this has included modified working hours for parents, the addition of “wellness days” for anyone who needs a day off, a company-wide session with a therapist to learn about strategies for dealing with grief and anxiety, and a $250 monthly stipend with no strings attached for everyone in the company.

“If you need to buy groceries for your parents because they can’t leave the house, if you need to buy another monitor because your wife took over your home office — we’ve heard countless examples of how people are using that stipend,” Ali says.

All of these practices and initiatives combine to reflect a culture that’s built around working remotely. From company leaders to frontline employees, everyone on the team understands how to work together and support each other, even if they’ve never met in person. 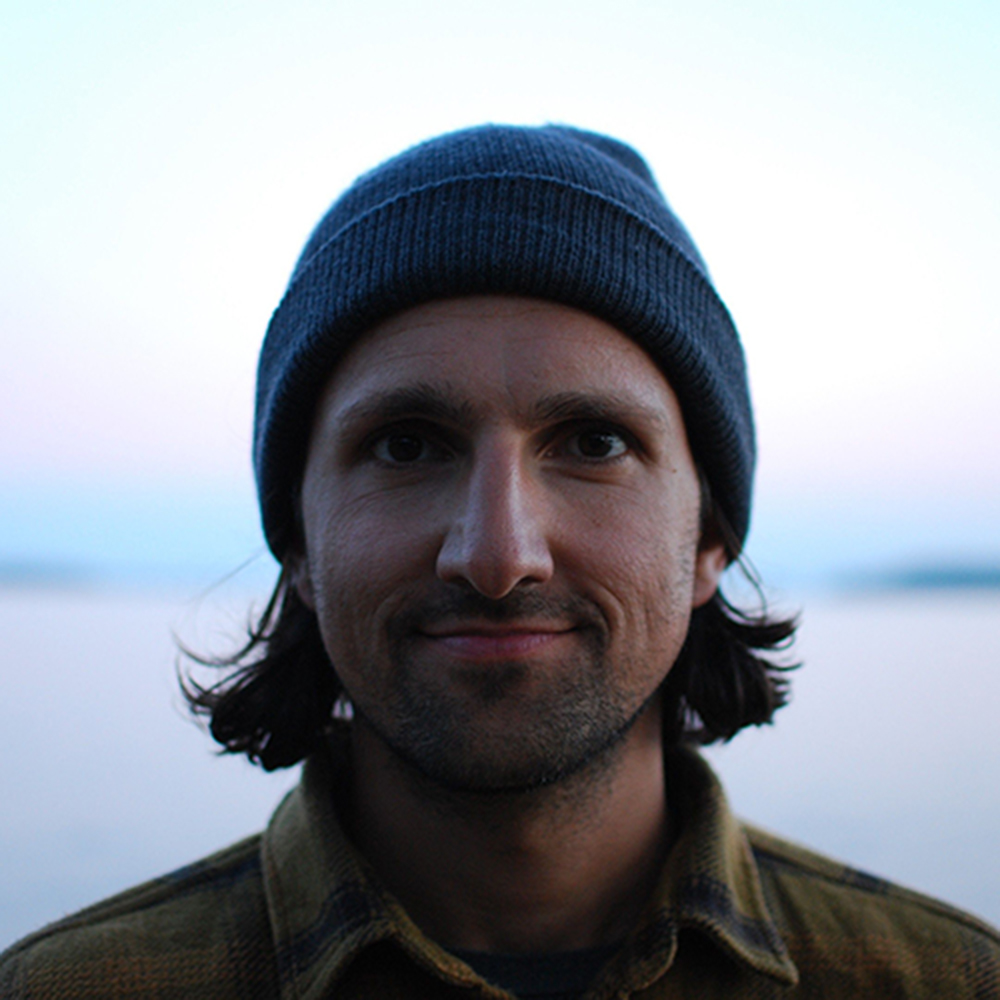 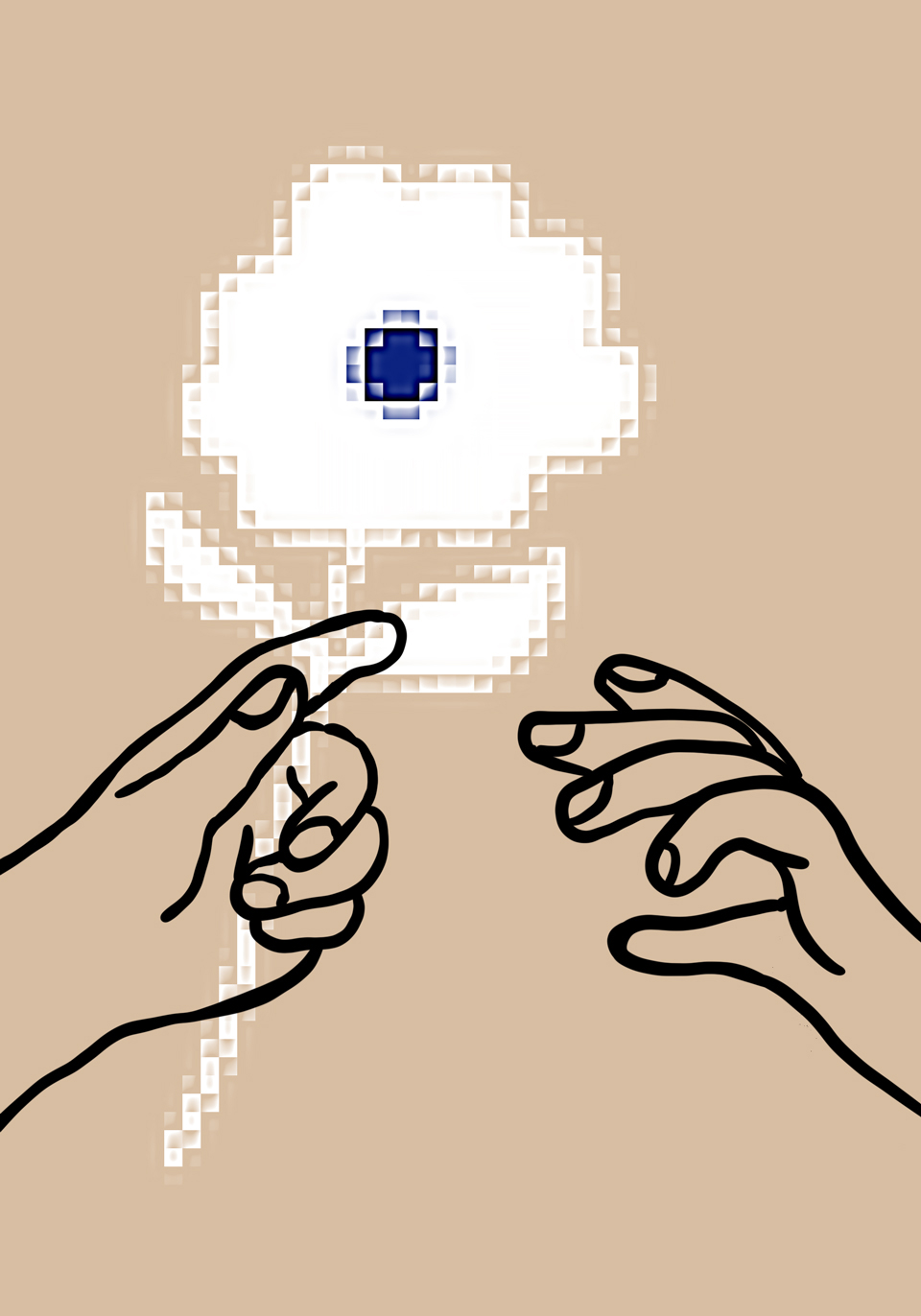 How organizations can build a culture of help 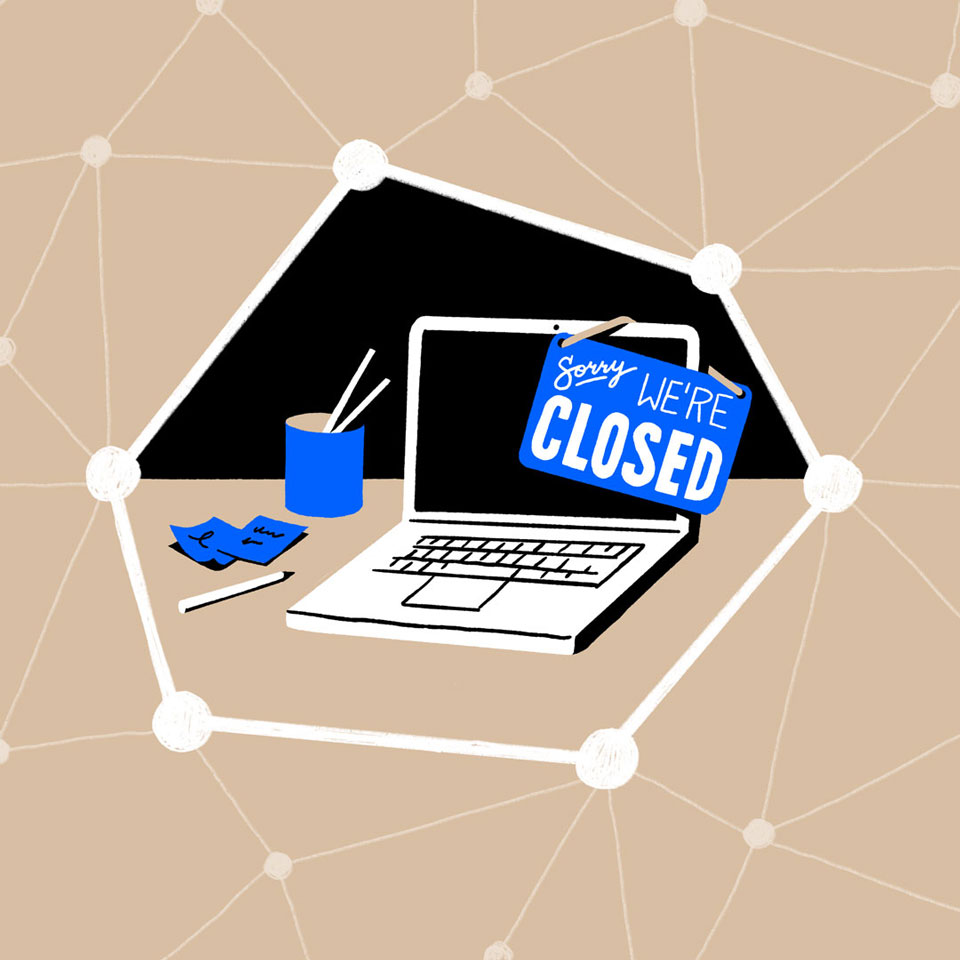 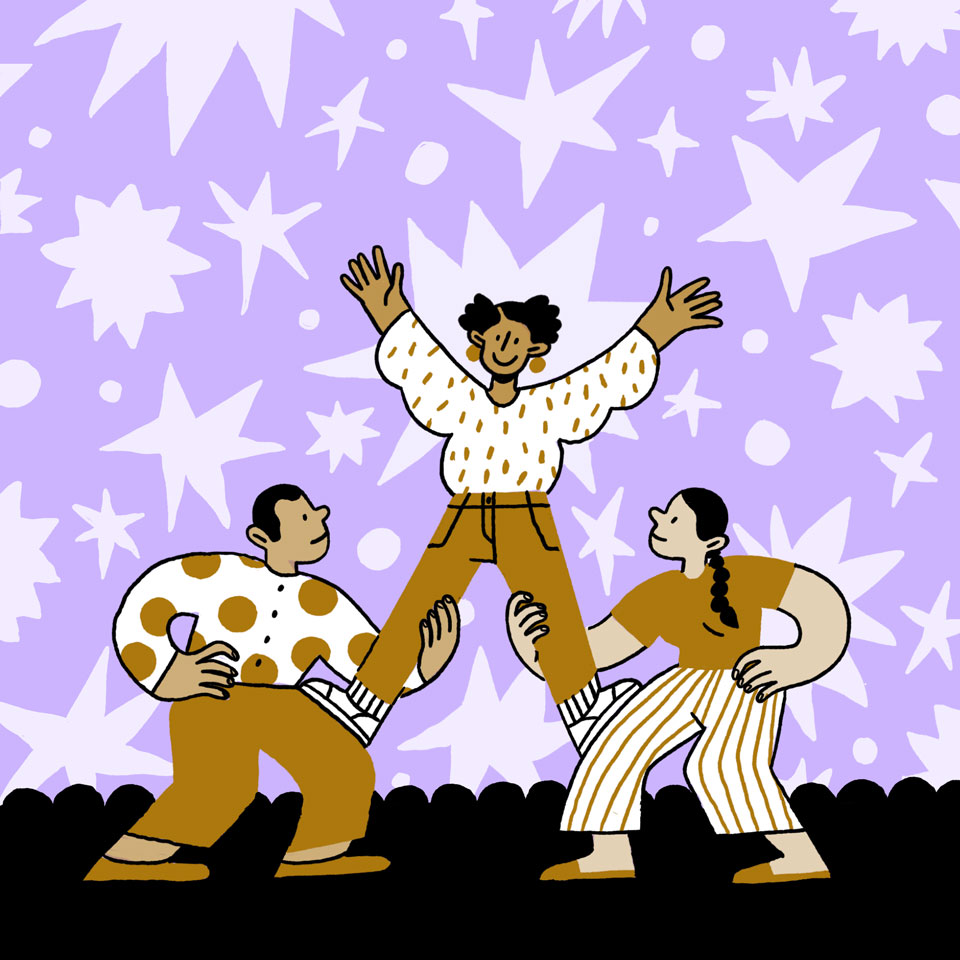 Forget brainstorming. Burstiness is the key to creativity.