Before the pandemic, getting to the office was just part of the job—the first task on your to-do list.

In the past few months, though, your definition of commuting might’ve changed a bit. The morning routine of dragging yourself from bed to shower to car to bus to train to elevator to desk now might look more like rolling over and booting up your laptop to check emails from the same place you sleep. If you’re new to working from home, has the change felt like an improvement or something you’re enduring just to get through a crisis?

Converting a commute into something useful

I have a complicated relationship with my car. Road trips used to be my favorite getaway. Whether I was driving 2,000 miles east to visit family or 150 miles south to Big Sur, the journey was always the destination. Judging by the crowded highways near my home, it looks like I’m not the only one whose wanderlust hasn’t waned during the pandemic.

If anything, it looks like the urge to get away has intensified since the lockdowns began. As states reopen, congested highways have been returning to pre-pandemic levels. And even in states like California where the lockdowns linger, traffic jams haven’t disappeared. They’ve just moved from financial districts to beaches and parks.

The recent shift to distributed work has changed the way I feel about driving, though. Since I’ve been lucky enough to experience life without commuting, I’ve started avoiding crowded roads on the weekend, too, especially now that I notice what I gain by not spending so many hours behind the wheel. I’m not just saving time—I’m avoiding stress.

When I do have to drive to run errands or get groceries, I drive without the anxiety I used to feel racing to make a meeting on time. I do feel urgency to get there and back quickly as possible, and avoid as many people as I can. But it doesn’t feel like a Walking Dead supply run or a Mad Max battle over toilet paper (anymore). Without the stress of commuting every day, my body actually feels better than usual, even during one of the most anxious, uncertain times I can remember.

Now I notice what I gain by not spending so many hours behind the wheel. I’m not just saving time—I’m avoiding stress.

I knew sitting in the car for hours could worsen problems like back pain and high blood pressure, but it wasn’t until I took my foot off the gas pedal for a few months that I could feel the difference. Every minute I’m not at the wheel is one where I could be standing, stretching, walking, or just not feeling road rage boil up in my belly. But it’s not just my body that benefits from letting go of the daily ritual of commuting.

A breath of fresh air

Another upside in the early days of sheltering in place has been the positive impact on the environment. Back in March, the European Space Agency's Sentinel-5P satellite showed us a brief window of relief from pollution when the normal strain of daily commuting was interrupted. Drivers in Los Angeles reported that rush hour had virtually disappeared for a while.

In April, NASA began “collecting key observations” to monitor Earth’s response to reductions in traffic following the shelter in place orders. The images they shared showed decreased levels of tropospheric nitrogen dioxide (NO2) in the northeastern US.

In May, research indicated drastic reductions in two air pollutants during the lockdown. In China, nitrogen dioxide pollution decreased by an average of 40%, while the US and Western Europe saw reductions of 20-38% compared to 2019.

When lockdowns were lifted, pollution levels predictably returned to (and in some cases exceed) pre-pandemic levels. As a single passenger car commuter, I know I’ve been part of the problem for years. I want to change that. Seeing this evidence of improvement in the past few months is even more motivation to reduce my carbon footprint by not being on the road 3 hours a day. And that makes me hope this shift to distributed work could spark a permanent change in our way of life.

Missing your commute or kissing it goodbye?

In a new study by The Economist Intelligence Unit, A New World of Distributed Work, 38% of the knowledge workers surveyed said that eliminating the daily commute was what contributed most to feeling engaged while WFH.

Of course, there are some who actually miss the mental separation between home and office their commute provided. My team lead is the parent of a two-year-old daughter. In a recent meeting, he confessed that he kind of missed those hours alone in the car that acted as a transition between helping care for his child and taking care of business. But you don’t have to be a parent to appreciate the meditative buffer a commute can provide.

Obviously, a lot of the way you feel about commuting depends on how you get there. Not everyone owns a car or has the luxury of being able to ride in solitude. And those who choose alternative forms of transit are the ones who have vastly different attitudes about commuting.

In March, the European Space Agency's Sentinel-5P satellite showed a window of relief from pollution when the strain of daily commuting was interrupted.

In April, researchers from University of Amsterdam reported that 69% of respondents to their online survey missed “at least some aspect of commuting.” 55% of those who commute by car don’t miss their daily drives, while 91% of those who get to the office on bike are the ones who miss commuting the most.

Regardless of the political pressure to reopen businesses, many workers are wary of sharing breathing room with strangers in a closed space. When you don’t have control over equipment malfunctions and breakdowns, it’s even less predictable how long you might be trapped in an enclosed and crowded setting. It’s also uncertain how safe subway, train, bus and ferry commuters are going to feel even after the pandemic has passed. Given the option to WFH, I know I’d be more motivated to deal the work of learning new remote collaboration tools if it means I can avoid unnecessary exposure.

Are we trading less time in the car for more work after hours?

Researchers from Harvard Business Review and NYU looked at data from 3 million workers in 16 cities around the world and found that “workday increased by 48.5 minutes” at least in part due to more email after hours.

For me, that tradeoff has been more than worthwhile. I’d much rather be checking email from bed at 8:00am than trying to monitor notifications on my phone at every traffic light from 7:30-9:00am. When I used to wake up at 6:30 to get showered and ready for the road, that felt like the start of my workday. But those hours in transit weren’t as productive as when I can sit at a table and focus my attention on my laptop, instead of stealing glances at my phone in the car.

Since WFH allows a more flexible schedule, it feels less like overtime when I do have to answer emails or respond to chat notifications after hours. Some days, I find that I’m getting more work done in fewer hours because I have fewer random interruptions at home than I did at the office.

Since WFH allows a more flexible schedule, it feels less like overtime when I do have to answer emails or respond to notifications after hours.

My productive hours might start earlier, overlap with lunch, or drift into the early evening. But because I have more control over when those focused stretches happen now, I don’t miss the structure of 9 to 5.

Mapping out the road ahead

So how can we prepare for the future of commuting now that we know how quickly a crisis can upend our way of life? We’ll need to factor in uncertainty and create technology that lets us adapt faster than we did this time.

For those that rely on mass transit, that might mean finding new ways to ride. Even though public transport is in a state of crisis now, urban planner Yingling Fan says he believes the pandemic could inspire innovation and spark the invention of technologies that could make people feel safe enough to ride again.

Some of those innovations will transform transportation while others will make transportation less of an everyday chore and more of an option. When offices reopen, employers will likely continue adopting policies that promote workplace flexibility. And as more workers become adept at using distributed work tools, they’ll likely adopt emerging solutions that make telecommuting the most efficient way to get work done.

Updated 10/14/20 to include statistics from a new study by The Economist Intelligence Unit. 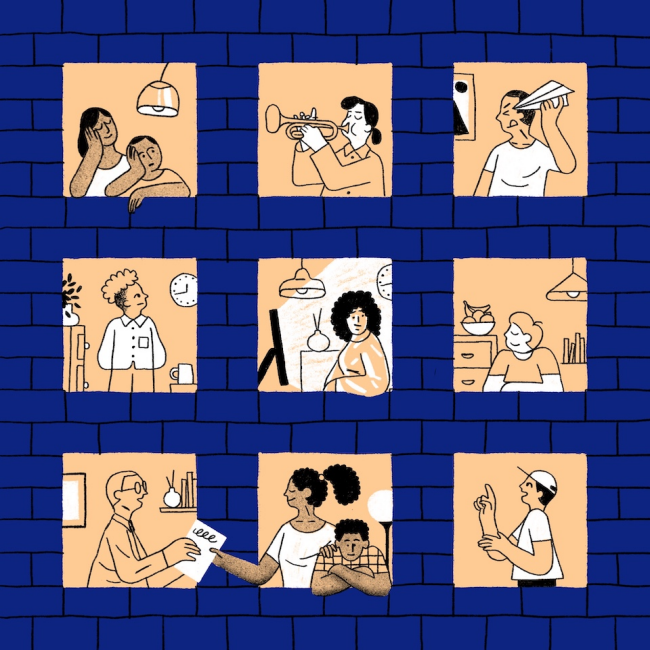 The Great Reset is here, like it or not 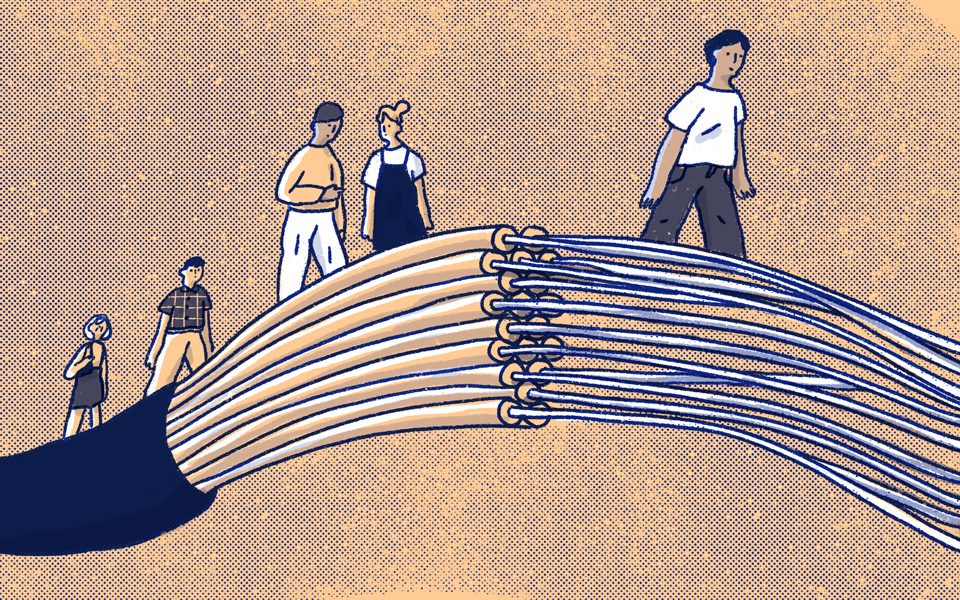 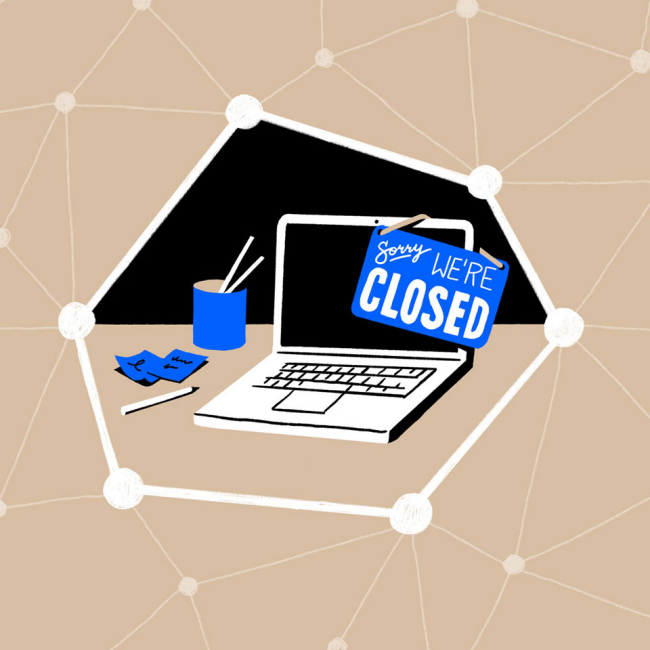