No one knows who exactly scheduled the first meeting ever. A journalist from the Chicago Tribune theorized “Aristotle had a lesser-known brother, Meetistotle, who invented ‘the Meeting’ and was eventually stoned to death for doing so.” Whoever it was though, you can bet they had a solid reason for getting everybody together—something to do with productivity. And so ever since whenever that was, we’ve been doing this dance as humans, congregating in rooms, ticking off action items, in the name of getting things done.

And then recent history happened.

A few weeks into a pandemic that has been the most disruptive event in modern workplace history, the show goes on. Teams are still assembling virtually to meet on the same things, at the same times, in more or less the same ways. Still, every time we turn on our cameras to gather, it’s clear something’s lost.

This reset feels like a good time to re-evaluate meetings. I don’t just mean how many we have—although, yes, the frequency is out of control. And I’m not talking strategies, like hosting them at optimal times of day or sharing agendas so conversations remain focused. I think for this stretch of time, where everything is upside down, it might be worth turning the concept of a meeting on its head, too. What if we introduced a new kind of meeting to the mix, one where absolutely nothing of direct business value gets done, one where the only goal is some form of meaningful contact: a no-reason meeting.

Before all this stuff, a coworker and I had this tradition that consisted of drinking tea in each other’s presence. We didn’t convene on a scheduled cadence, since our habit was mostly defined by its informality—we met more precisely whenever we had time and felt like it. Sometimes, in order to give the event the appearance of more productivity, we called it “a really important meeting” as a joke between us. But we knew in some way, it was really important. It was technically two people getting together with a goal and a question: How are you really doing?

You might say that’s the purpose of 1:1s, but those check-ins are prioritized by pressing business: blocked workflows, information exchange, and other forms of “I need this, can you help me?” And with any minutes to spare before the next calendar alert dings, two people may toe-dip below the surface of personal life.

Don’t get me wrong. A no-reason meeting is not necessarily a deep dive into the subconscious with co-workers. I’m not advocating co-workers become therapists. Therapy is professional help, the giver’s literal job being to take care of you, a role they’ve acquired through extensive training. That exploration is one-directional and has very few boundaries.

A no-reason meeting is something else entirely—an intentional video call, a phone call to escape video fatigue, a chat. Really any form of contact with people whose homes you now peer into and whose kids might pop up at any moment to reenact a TikTok dance. Make the occasion big and silly (and optional because, let’s be real, someone in your workplace orbit has erupted into sobs at some point the last few weeks). Invite a smaller group of people you trust to say hi. Or just engage that one person you can really be yourself with. My friend and I have traded in our tea chats for walks on the phone. The point is to, in a super intentional way, remind teammates they’re human and, by virtue of working together, in community.

In a “normal” workplace, some version of this happens all day. At lunch, someone might share photos of their adorable progeny or dog (or, in the case of one of my coworkers, a blossoming bearded dragon). Or you might bump into someone in the hallway on chance and hear all about the legendary sushi adventure they had on vacation to Japan.

Some might categorize watercooler interactions as wasted time. Others would argue they actually fuel the business with innovation. And, yeah, that might be the case—serendipitous conversations can meander into profitable ideas—but these encounters are purposeful for something much more fundamental. Those little moments we gather organically by existing in the same physical space reveal our colleagues as people.

The point is to, in a super intentional way, remind teammates they’re human and, by virtue of working together, in community.

Another insight you might get in a physical workplace is, for lack of a more scientific term, someone’s “vibe”—a summation of cues like talking more, leaving early, or subtle swerves from their baseline that offer context. That context provides valuable insight into the inner landscape of those around us. It suggests if someone seems down or angry, the thing that can wait is probably better left for later. That context is also much harder to divine over a series of intermittent video calls, which might be audio-only anyways because someone is disinfecting after a delivery, breastfeeding, or whatever else around their home.

Oh yeah—ha, home. The same place where many of us are waking up, “getting ready,” and, in my case, walking to a desk that is 26 inches from my bed. For most, work used to be defined by space, which gave guidance for what version of ourselves we should be, what was contextually appropriate. That word—appropriate? It’s suddenly harder to define now that home life and work life have coalesced into just plain life. And what a life it is.

Spiritually, the idea of a no-reason meeting is partially inspired by author Jenny O’Dell (who, full disclosure, is a wonderful human I’m lucky to call a friend). In her book How to Do Nothing, which I’ve come back to often lately as an anchor during this white squall, “nothing” isn’t really defined as a lack of action so much as “sustenance for those feeling too disassembled to act meaningfully.” It’s a redirection of our attention towards behaviors that “allow us to remember in the deepest sense what, when, and where we are.” We’re humans, living in 2020, in a world that is on fire now and as far into the horizon we can see.

After completing a study on the purpose of meetings, Swedish Professor Patrik Hall from the University of Malmö told the BBC that meetings “can arouse a sense of meaninglessness.” This was a few months ago, November 2019, when global existential anxiety was at more ambient, less bullhorn decibels. Professor Hall found that even though most meetings didn’t result in progress, the number of them held continues to rise. But he added they did serve an interesting function on an individual level. Meetings are an opportunity “to be acknowledged by others.” They’re “almost therapeutic.”

In other words, meetings are intended for productivity, but, in our gut, we know they’re not just about that. So we keep having them, even when they’re pointlessly inefficient. We’ve all been to a meeting that could’ve been an e-mail, and newly distributed teams are discovering now, in albeit messy ways, what work can be done without getting together. So what if we were forthright for a while about why we sometimes need a meeting? Because we’re just feeling a bit distant and unglued from the whole.

To be clear, yes, there’s lots of work to be done—some of it hugely important action that needs to happen for everyone’s sake. But it won’t happen without people, many of whom are trying their best to cope with shapes of fear and grief they hadn’t imagined before, working together. And it will happen a whole lot smoother if folks actively remember everyone’s human.

This requires effort right now because we’re literally being told to treat people as vectors of disease—and that this behavior is actually an act of kindness. That is 100% weird! And just as we might be compelled to sing out the window or tape compassionate gobs of sourdough starter on sidewalk trees in our neighborhoods, we should be getting creative about intentional ways to restore connection in our workplace communities. That could be as simple as a how’s everybody doing?, a no-reason meeting, or some other effortful ritual of rehumanization.

Whatever “getting through this” looks like, it’s going to require taking care of ourselves and each other. It’s not business as usual. 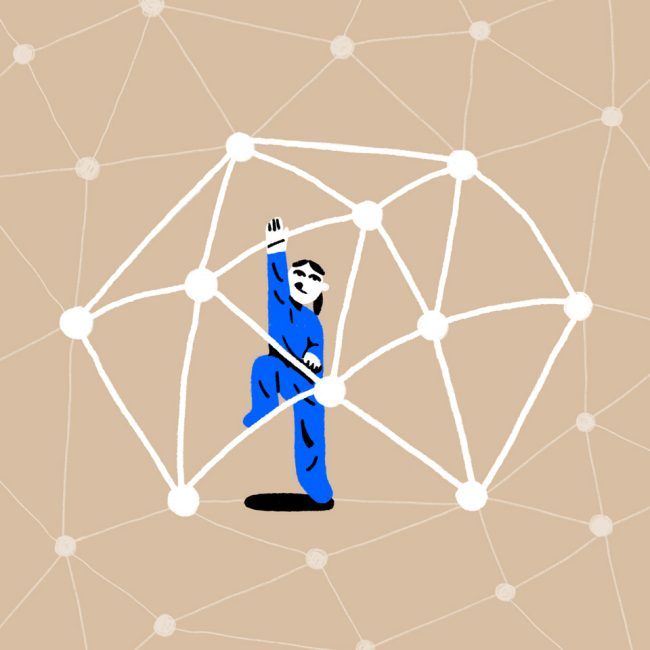 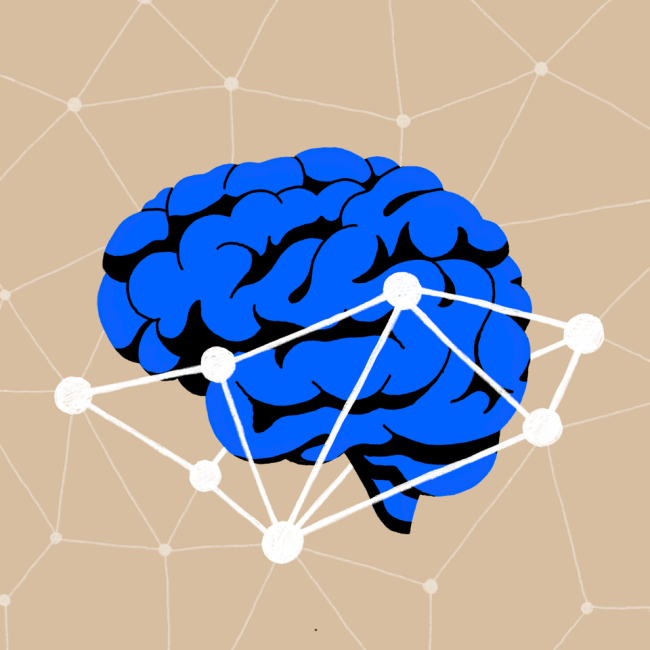