A conversation with cognitive psychologist Alison Gopnik on what stressed out workers can learn from children that can lead to innovation.

The paradox of focus is that our brains avoid it with single-minded conviction. We make exceptions for things we’re really motivated to do. Focusing is hard, grownup work that we have to learn to master. Unless—as we learn from children—our work is play and provides its own motivation.

Knowledge work is about learning, and we learn the most as children. So how can we learn more like children even as grownups with jobs?

Cognitive psychologist Alison Gopnik has been studying this landscape of children and play for her whole career. In her book, The Gardener and the Carpenter, she explains the fascinating intricacy of how children learn, and who they learn from. The carpenter in the title is Gopnik’s term for today’s overprotective helicopter parent, driven by economic anxiety and the collapse of meaningful communities. The gardener, by contrast, plants the seeds and, as much as possible, lets them grow. It’s children’s job to play, and ours to give them just enough protection while they do it. “Babies and young children are the R&D division of the human species,” Gopnik says.

As any child (or research scientist) will tell you, there’s a difference between feeling safe to explore and feeling the pressure of constant expectations. If we feel like we’re losing our ability to focus at work, maybe there’s a deeper cause than distraction. Perhaps we’re doing to ourselves at work what the overprotective parents Gopnik describes in her book do to their kids: prioritizing structured activities and metrics over exploration and play.

“In an information economy, those preschool abilities to go out and get lots of new information turn out to be really, really important.”—Alison Gopnik

As Gopnik wrote about in her earlier book, The Scientist in the Crib, from the time they are babies, children learn by testing their theories of the world. And there’s evidence from the work in Gopnik’s lab that young children are quite good at calculating statistical likelihood and updating their beliefs like any good Bayesian scientist. They are driven by curiosity to develop a causal theory of the world.

Until recently, both curiosity and causality were curiously left out of the standard machine learning toolkit. In this sense, Gopnik has become an influential person in artifical intelligence (AI) circles for being an early proponent of early human development as a source of models for machine intelligence. She wrote a chapter for John Brockman’s recent book Possible Minds on ”AIs Versus Four-Year-Olds: Looking at what children do may give programmers useful hints about directions for computer learning,” joining a virtual who’s-who of AI luminaries.

Research by Berkeley colleagues Deepak Pathak and Pulkit Agrawal models curiosity in a machine learning system using an unconventional reward system. The agent builds up a model of its environment (in this case the world of Super Mario Bros.) but it’s rewarded for finding information that conflicts with its model. “So, it’s always going back-and-forth between trying to build the model that will reduce uncertainty,” explains Gopnik, “but also in this funny way wanting to be surprised, wanting to find something that is going to not fit with what it already knows.”

Parents, it turns out, have an important role in fostering curiosity and exploration. Gopnik describes a recent study from Columbia University psychologist Nim Tottenham’s lab that updates classical theories of avoidance learning. If you put an adult rat in a maze and it goes down one end and gets a shock, it never goes down that end of the maze again. But young rats actually prefer the arm of the maze that leads to the shock—when their mother is present. And Tottenham replicated this result with three- and four-year-old children as well. If the child feels safe, they are more motivated by exploration than by a predictable outcome.

There’s a crucial difference between the attentive parent who supports discovery and the overprotective parent that stifles it. “If the caregiver is saying, ‘No, no, no, you should never go there because there might be a shock at the other end,’” says Gopnik, “then you don’t get the advantage of learning how to deal with risk and challenge.”

Children also learn through imitation, so the examples set by parents and the extended community of caregivers are extremely crucial. Helicopter parenting, to Gopnik, enforces imitation at the expense of developing autonomous reasoning. And, ironically, she sees the same pattern playing out in AI. Contemporary deep learning systems are focused on imitation from data and have a very hard time generalizing causal models of the world.

For the past 20 years, Gopnik has worked on the problem of causal learning in children. It turns out that what’s easy for young children to learn is fiendishly hard for computers and robots. She’s worked with computational researchers, like MIT’s Josh Tennenbaum, on AI and robotics systems that model their learning on the curiosity of children. In these approaches, the system designer is like the gardener parent in her book’s title. This is in contrast to the carpentry approach that is currently dominating the field. Gopnik explains that, “Essentially the problem is that our current AIs have these very controlling parents who are saying, ‘Okay, now you’ve got your reinforcement score. Your score went up because you did that, so go and do that again, and now let’s check what your score is.’”

Gopnik thinks that one of the most satisfying things that could come out of her work is the understanding of “what children can do that AIs can’t do, and care is a really crucial part of that. Actually having people around you who unconditionally support your exploration and give you the relevant kind of cultural information and grant you autonomy to go out into the world.” She takes subversive pleasure in the idea that the conclusion of billions of dollars of military, academic, and tech company investment in AI is that “caregiving work that’s very underpaid and under-appreciated—and that’s still largely done by women—is actually the key to what human intelligence looks like.”

AI is really the ultimate knowledge work—knowledge about knowledge—but these lessons apply to work more generally. Could our child-like curiousity be the source of innovation?

“The secret is that the supervisor has to be able to give the right combination of nurture and autonomy.”—Alison Gopnik

It’s very loaded to acknowledge this, but there are aspects of being a boss that are parental. So managers really have to ask themselves whether they are carpentering too much and gardening too little. And employees may be “children” within the hierarchy of an org chart, but if you have a job, you’re expected to be an adult. Work, properly conceived, is an opportunity to build the kinds of interdependent communities of trust that enabled humans to survive and thrive in the first place. Gopnik sees this in her own lab, which is the size of an extended family. “Some of what I think about families also applies to the context of the lab,” she says. “The secret is that the person who’s the supervisor has to be able to give the people who are working the right combination of nurture and autonomy.”

Indeed, organizations in the knowledge economy need to find ways to encourage their people to act like children more. Intelligence on a biological level is directly tied to the length of childhood, and humans have the longest childhood of any species by far. It’s not an overstatement to say that childhood is the key to our survival. “Our central adaptation—the adaptation to change itself—is more crucial now than ever,” Gopnik writes in The Gardener and the Carpenter. “The ability to learn flexibly, to adjust to new circumstances, to alter social structures imaginatively—all those abilities are more important than they ever were before.” In many ways it’s the urgent job of educational institutions, governments, and corporations to figure out how to now extend some aspects of childhood even further.

In traditional foraging societies, Gopnik points out, children learn adult skills through imitation and play from a very young age. Part of the problem with our current educational system is that it’s almost entirely oriented to turning children into good students and test-takers at the expense of becoming good learners. Companies, in turn, hire the best of those students with the highest test scores, which only reinforces the educational meritocracy. But in a world of accelerating change, education will need to be life-long, and traditional apprenticeship models of skill mastery will become increasingly relevant. Making the effort to teach your co-workers new skills—and allowing yourself the vulnerability of becoming a learner again—are crucial to building sustainable careers and businesses.

Gopnik devotes considerable attention in her book to her role as a grandmother, and makes the surprising point that humans are the only species that has them. So we both have the longest childhoods, but also the longest parenthoods. This multi-generational perspective is also important in an era of economic insecurity. “I think it’s really quite interesting to think about the things that a 50- to 70-year-old might have as a cognitive profile,” she says, “with 70 years’ worth of experience, now their main job is passing that on to the next generation.” Having this kind of long view on the changing roles humans can play makes it easier to be forever young.

Curiously, automation and the increasing pace of change will make life-long learning, and the aspects of extended childhood it entails, the standard operating procedure for knowledge workers. If our technical mastery becomes obsolete in years instead of decades, the process of exploring new fields and building new skills will become cyclical throughout our careers. This means starting over, again and again, by learning more like children. 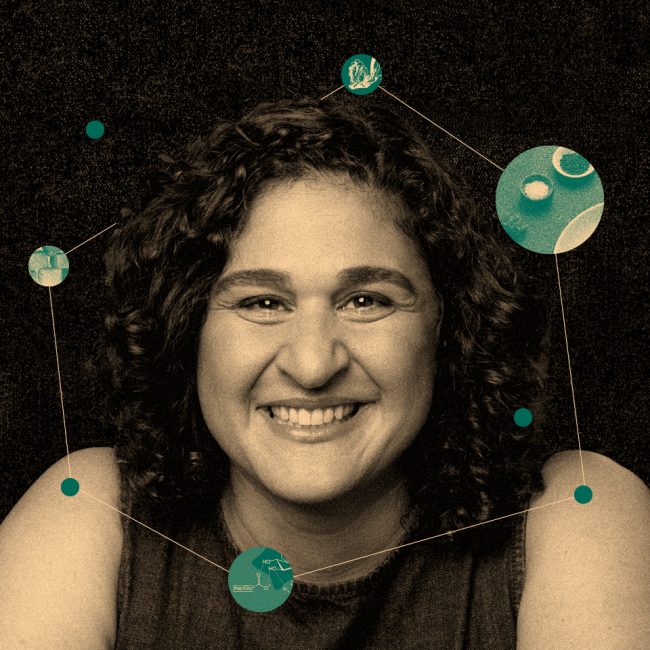 The Mind at Work: Samin Nosrat on cooking as thinking 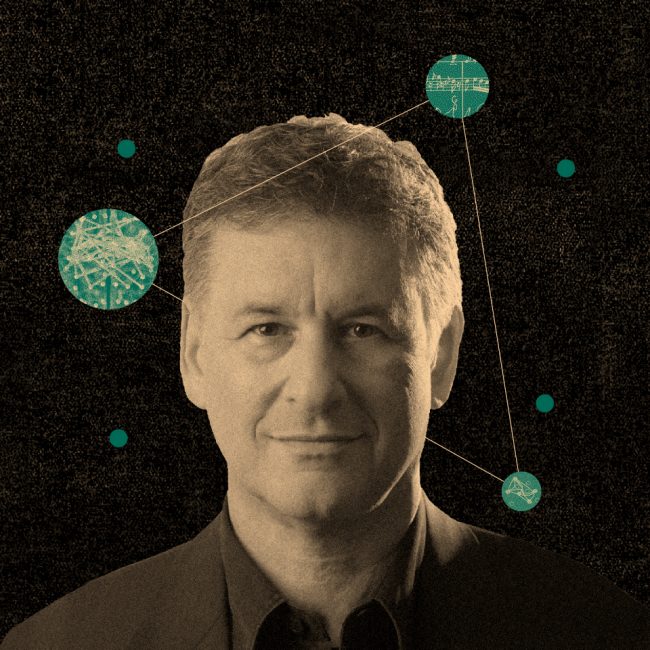 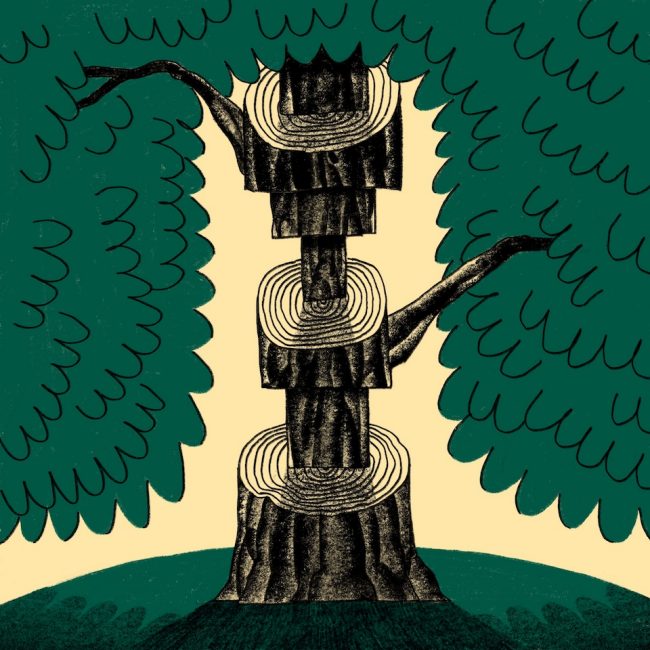 How businesses can benefit from age diversity