A conversation with Salt, Fat, Acid, Heat author Samin Nosrat on a delicious secret to making your work more fulfilling.

Cooking is one of the oldest forms of work, and until the advent of the nuclear family, it was an intergenerational community affair. Cooking has always been about feeding people, but also about teaching cultural traditions, making use of available resources, and the rudiments of physics and chemistry. It is a kind of work suffused with accrued knowledge.

But cooking is also something even more primal and personal, as Samin Nosrat, author and host of Salt, Fat,Acid, Heat reminds us. It’s about learning to taste. Nosrat’s book and accompanying Netflix TV series demonstrates how these four simple dimensions are the keys to making food delicious. Not just abstractly delicious, but delicious to you. To Nosrat, cooking is in large part learning what you like.

That may sound obvious, but in a world where we’re constantly immersed in what other people like through the same digital channels that offer us unlimited choices for instantaneous food delivery, knowing what you want to eat and what precisely it should taste like is no longer trivial. “I think everything in our lives is attracting us away from using our hands and using our senses. Because there's an easier, faster, clickier, screenier, more digital, more efficient way to do it,” says Nosrat.

“I think it's about doing your best to drown everything else out and pay attention to your own senses.”—Samin Nosrat

And, if you think about it, the same is true for our work. In most cases, the core of our work is still something that requires time, research, thought, and experience. But we’re marinating all day in this digital environment that actually distances us from our work in the same way that Nosrat claims social media does from food. “I think it's about doing your best to drown everything else out and pay attention to your own senses,” she says. “And that's not easy to do in a world where there's so much incoming information.”

As we saw in our conversation with neuroscientist Karl Friston, a lot of what the brain does is figure out what to pay attention to. Nosrat does not particularly think of what she does while cooking as thinking, but if you tried to train robots to cook at Chez Panisse (the famous Berkeley restaurant where Nosrat learned her trade) you’d quickly understand how little of the work is purely procedural. She refers to the core of what she does while cooking as “thoughtful tasting,” and indeed it sounds like a very sophisticated learning algorithm: “a lot of years of careful consideration of what something tastes like—and the gaps between what something tastes like and what it could taste like—in the hope that later I'll be able to recreate it.” To a neuroscientist, what she’s describing happening in the kitchen is called embodied cognition, thinking in and with the body. And, as we shall see, that extends in a restaurant kitchen into a complex system of collective cognition.

Nosrat’s story is instructive for how to transform the oldest ideas about working into the newest, from communal cooking to media production. “I really grew up in restaurants, learned how to work in restaurants,” says Nosrat, “and I learned cooking in this way that is not necessarily the way that it's done at home.” But in many ways, the scale of restaurant cooking makes it more primal. You don’t just get some meat from a butcher, you get a whole pig. You pay a lot of attention (particularly at Chez Panisse ) to the freshness and seasonality of ingredients.

“I was struggling so intensely with this disconnect between what I was seeing happening in a professional kitchen and then the way that people were talking about cooking for home cooks,” she continues. “And so it was really just out of desperation that I, in my own head, distilled this thing.” Gratifyingly, her kitchen mates told her that her theory made sense, and was in fact the way they thought about it. “But nobody took the time to create that vocabulary for themselves, and so there wasn't a way for them to teach it to me.”

“The beautiful thing about that restaurant is that the menu changes every day,” Nosrat explains. “So every day I was learning something new. And everyone said, ‘Oh, it'll take you a year before you really know anything here. Because you have to go through an entire year of seasons to see all of the different ingredients. And then it'll take you many years of repetition before you really know how to do it.’”

Her growing mastery was strengthened by having to teach what she’d learned to incoming interns and sous-chefs. “And that helped me create this teaching language. Eventually I was running the kitchen, I was in charge of teaching people, and this became the vocabulary that I used.” So Salt, Fat, Acid, Heat began as a way of consolidating what she was learning in the kitchen, but it has become so much more.

Nosrat left Chez Panisse a decade ago, and began her teaching and writing journey. The blog she started early in her career became the seed for what is now a multi-media enterprise. But much remains the same. “I was pretty deep into the process of making [the television version of Salt, Fat, Acid, Heat] before I realized, "Oh, this is just like cooking. This is exactly like working in a restaurant where, as a team, we all have to divide labor. There's an efficiency to it. We figure out who does it right. We figure out the best order. There are definitely better ways to do this so that we all succeed."

Can we learn, through the equivalent of tasting, to make our working lives calmer, more satisfying and meaningful?

Nosrat says mastering the four basic elements of cooking—salt, fat, acid, and heat—can help you become “not only a good cook, but a great one.” What might the equivalent basic elements be for work in general, and 21st century knowledge work in particular? Can we learn, through the equivalent of tasting, to make our working lives calmer, more satisfying and meaningful—even delicious?

The way Nosrat talks about salt is really about time. She salts the meat as soon as she brings it home. She layers different sources of salt into a dish as she’s cooking. And salt is, of course, the most ancient preservative.

For work, time is planning but also… just the passing of time. One of the things we learn from cooking and other creative professions is a respect for how long it can take to really pull all of the succulence out of something. Every kind of work is different, but there’s always some balance between figuring things out beforehand and letting them evolve that leads to great results. And these, in many ways, are the difference between getting something done and doing it really well. In the knowledge economy we’re happier when we’re judged on the quality of our work. Sheer quantity is more easily replaceable or automatable, but making the most of a project creates a unique value as well as feelings of intrinsic satisfaction.

Fat is deliciousness itself, what gives food richness and texture. “Fat adds its own unique flavor to a dish,” she says, “and it can amplify the other flavors in a recipe.”

In the context of work, research is the actual foraging of ingredients that your planning requires. But often the most important of those ingredients are other people, with other skills and perspectives. In our cult of speed and efficiency, we often try to go it alone or run very lean teams. Similarly, when sourcing other inputs, we often now go for those most easily available, but this can lead to end products lacking in originality and distinctiveness. Research, like fat, really is a social principle. A well-marbled steak has much in common with a well-researched report. It has dimension and a surprising intensity of expression. In knowledge work, particularly now in science, the sociability of ideas is where the breakthroughs come from.

The corrosive power of acid creates contrasts and balances flavor in food. It is the ingredient most often missing in unhealthy foods too far in the direction of salt and fat.

Thinking is where new ideas come from, but many of today’s jobs don’t leave much time for deep thought. In professions like computer programming, thinking through the structure and function of a code base can lead to outcomes orders of magnitude better than sticking with unquestioned conventions. But thinking is not the work itself. You generally don’t just eat the raw lemon. You use the lemon to balance existing flavors, just as you use thought to question your existing assumptions, often revising them in the process. It is possible to be very productive but thoughtless. In well-established workflows this can be efficient—don’t reinvent the wheel—but the human jobs of the future promise to be more about discovering new processes than executing existing ones.

“Heat,” Nosrat says, “is the element of transformation.” It is, in many ways, cooking itself. But understanding how heat works in different situations is the result of practice and experience.

There’s some debate now about Malcom Gladwell’s 10,000-hour rule, but there’s no question that deliberate practice is one of the essential ingredients for doing great work. “Everything that I've ever wanted to get good at,” says Nosrat, “has only ever been about practice.” The key is in the wanting. You don’t become a master of a craft through compulsion, but through desire. As with applying heat, we gain experience in different ways in different situations. Learning to harness your own motivation, your own heat, is the secret to transforming the work you do now into new skills for the work you’ll do tomorrow.

Working is a daily habit that changes you, for better or worse. Nosrat’s example shows dedication to one kind of work can open up unexpected avenues. Early on, a colleague told her, “You just need to know what tastes good to you.” And that simple observation has become her most powerful advice for people. “There's nothing that could make me any happier than for somebody to take what I teach and go make it their own and make it work within their parameters, in their lives,” she says.

But Nosrat acknowledges that, “it's really hard to get to the point where you have the confidence to do that. I'm trying to train people to really pay attention to their own feelings and to their own senses, and to their own desires.” One of the remarkable things about her show is the collection of people she cooks with who all display this amazing self knowledge that comes from cultivating their own tastes. If there’s a moral to her story, it’s that hard work is followed by understanding, then appreciation, then discovery. “I'm really excited to share stories and to help elevate other voices that I feel are missing from the larger conversation.” 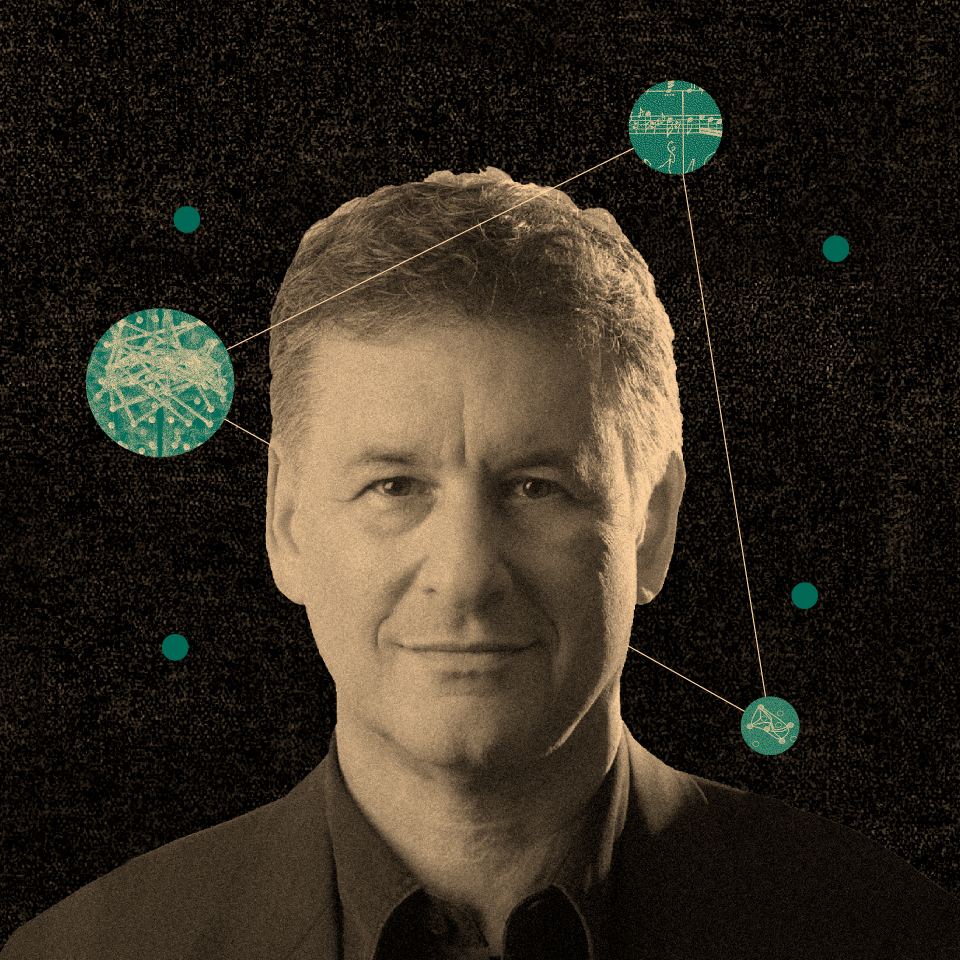 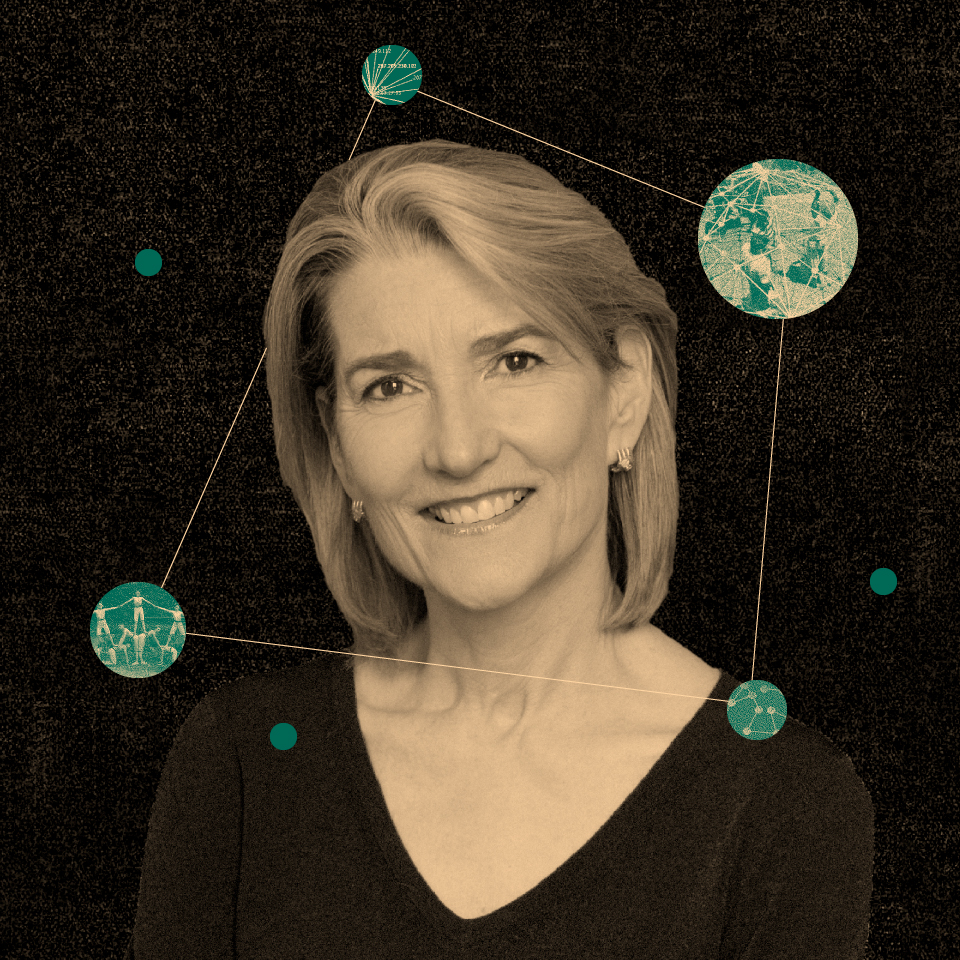 The Mind at Work: Amy Edmondson on how trust trumps burnout at work 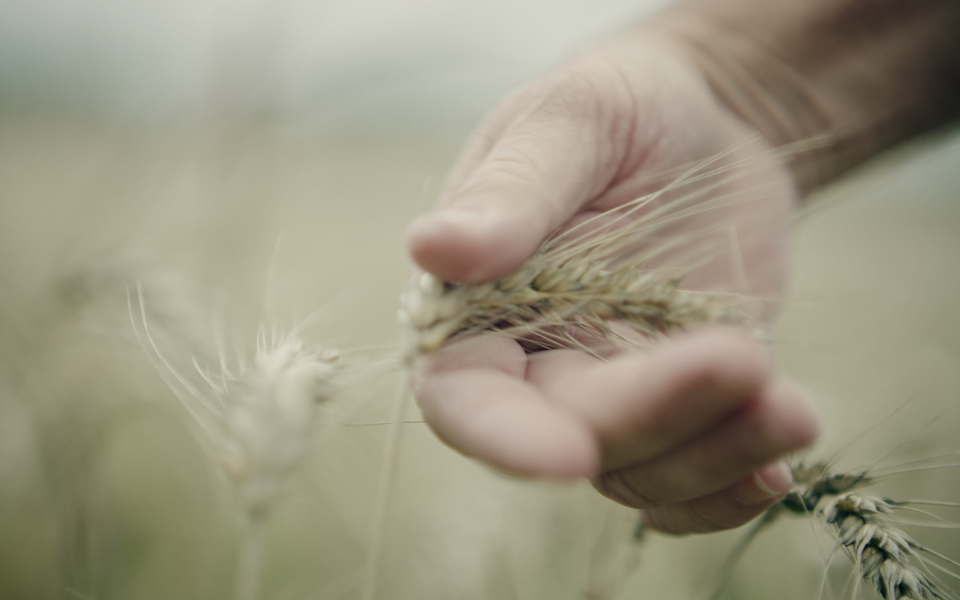 Behind the bread: Tartine's approach to growing a sustainable food business