For a long time and still, many people have worked like Sisyphus. They devote their working days to heaving boulders up hills, only to watch them hurtle down the other side. Inevitably, fruitless work will wear a human down.

Consider Omar Itani, a Google alumni and founder of Lovers of the Sea, an eco-product e-commerce brand. For nearly two years, the entrepreneur lived and breathed hustle culture, the idea that constant work, at the expense of all else, breeds success.

Early mornings and late nights became the norm. He searched for productivity and growth hacks, attempting to optimize every mundane detail of his life. He persisted alone “in a suffocating mountain of exhaustion and debt.” Faced with a life of monotonous grinding, he soon grew angry, tired, and resentful. Eventually, he burned out.

Many will brush off Itani’s experience as part of the startup experience. At least, they would have. The COVID-19 pandemic forced us to pause. It provided time and space for reflection, re-evaluation, and reimagining of what work could be.

Cleaved from the world of “rise and grind,” many asked the question: What if we prioritized something besides productivity?

Once, that question may have elicited a shrug as an answer. But recent cultural and economic shifts have provided an alternative: the passion economy. It’s a new way of working—and it could quite possibly be the antidote to hustle culture’s cycle of boom and bust.

Embracing a new way to work

Don’t mistake the passion economy for a collection of beer money side hustles. Under the moniker Lilsimsie, Kayla Sims entertains hundreds of thousands of people by playing video games—most frequently The Sims 4. On YouTube alone, her videos have amassed more than 300 million views.

Musician Hrishikesh Hirway dedicates his time to recording podcasts around his interests—music, cooking, relationships, and The West Wing. In his series Song Exploder, where he interviews musicians about how particular tracks came to be, he has profiled an eclectic range of artists, including Billie Eilish, Bon Iver, and Metallica. Its success has even spawned a spin-off Netflix show.

Sims, Hirway, and Nahman are just three early passion economy proponents. Their stories are part of a larger trend that Jin calls the “creator stack” or the “enterprization of the consumer.”

Cleaved from the world of “rise and grind,” many asked the question: What if we prioritized something besides productivity?

Their work breaks with what Adam Davidson, author of The Passion Economy, dubbed the widget economy—the economic model where all labor and output is commoditized. Where previously, people produced one-size-fits all products for everyone, the passion economy encourages people to lean into their uniqueness and weirdness.

“You do need to have a passion, need something that really is self-motivating, something that is unique, that you can do that probably no one else can quite do,” Davidson says. “But then you need to match it to the market. That's where it goes from being inward to outward.”

For years, the passion economy was simply not sustainable for the average person. If you wanted a beautiful website for your online training course or crisp e-commerce store for your brand, it would cost you—a lot.

But new technologies have finally trickled down to the individual. Tools like no-code development suites and self-service eCommerce platforms have empowered the everyday creator to monetize their creativity and passion. The pandemic has only accelerated this technological transformation.

The apparent math at the heart of hustle culture appears linear: If you work eight hours, you’ll achieve twice as much as if you worked four. But anybody who’s worked from sunrise to sunset over a longer period time knows the correlation between hours and output doesn’t hold.

Numerous studies have shown that productivity drops sharply once you work more than 50 hours a week. When you venture past the 55-hour mark, the productivity loss is so great that you would have been better off not working the extra hours. In other words, you’ll probably achieve more in 40 hours than 60.

Indeed, Erin Reid, a professor at Boston University’s Questrom School of Business, discovered that managers couldn’t tell the difference between employees who worked 80 hours a week and those who merely pretended to.

With no tangible benefit to extreme work, it’s difficult to explain why hustle culture values it at all. Aidan Harper, an economics researcher at the New Economics Foundation, told The New York Times that it may be due to our concept of self-worth.

“It creates the assumption that the only value we have as human beings is our productivity capability—our ability to work, rather than our humanity,” he said. Most people tie their identity and value to their timesheet. Working more means we’re worth more as people.

Tools like no-code development suites and self-service eCommerce platforms have empowered the everyday creator to monetize their creativity and passion. 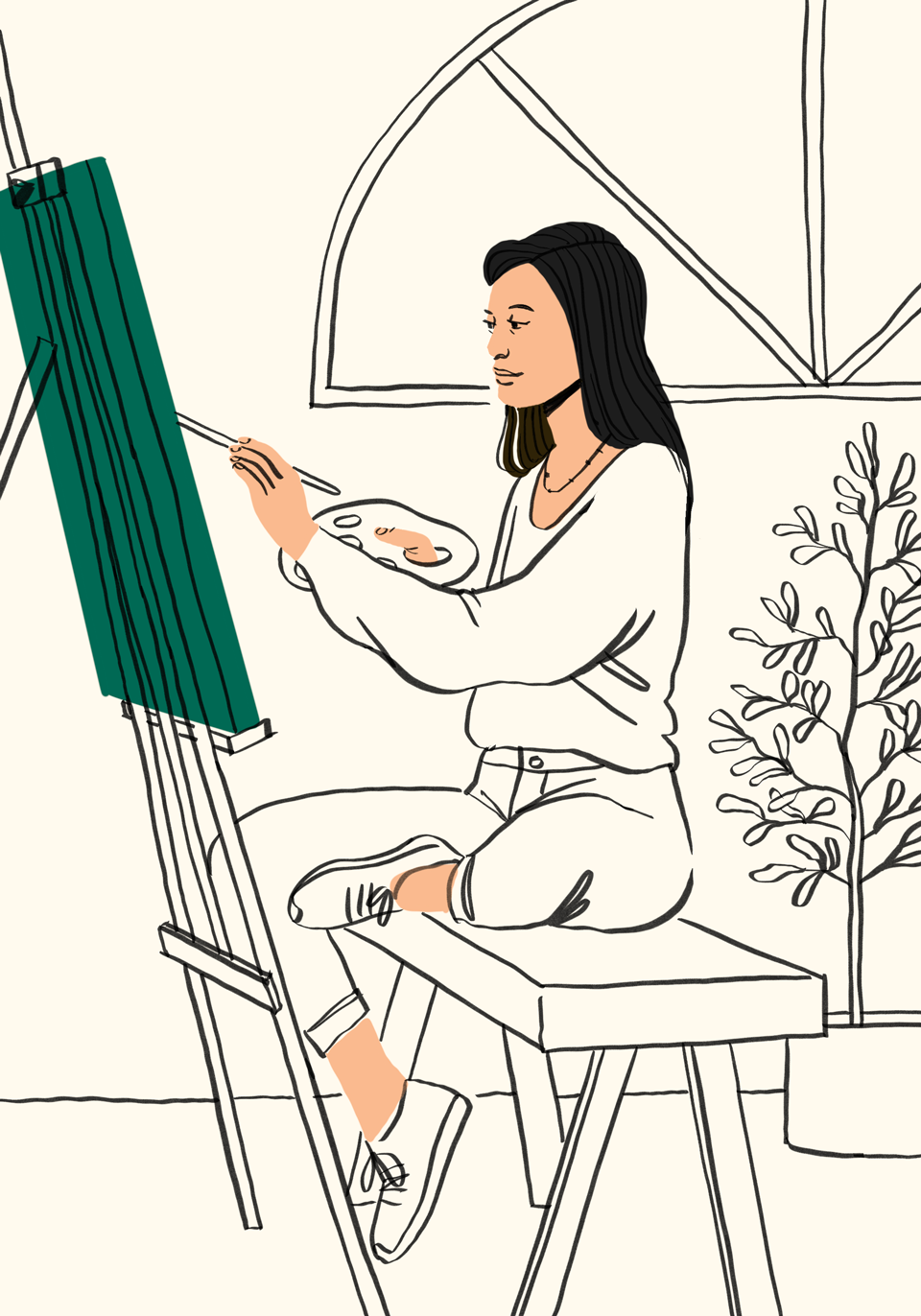 The passion economy: Why more people are making a living doing what they love
By Drew Pearce

Worse, by cultivating a mindset where each waking second must be devoted to revenue-generating activities, hustle culture skews how we think about personal development. It says, if you’re going to have a hobby, interest, or passion, it must lead to monetization. Otherwise, what’s the point? Self-fulfillment and autonomy take back seats to dollars and cents.

But the passion economy provides a different perspective. As Davidson wrote: “Your job shouldn’t be your life, but your life can be your job.” This new economic model allows people to build opportunity based on their unique skills, talents, and perspectives.

Instead of measuring worth in hours and minutes, people can embrace work that brings them joy. Instead of locking people in a cycle of pre-scripted work, the passion economy provides more freedom.

An antidote to hustle

It’s clear that more and more people are pushing back against meaningless Sisyphean work, and chief among them is one-time hustle culture disciple, Itani.

After recovering from his burnout, Itani stepped back from solopreneurship. Now, he shepherds others away from the claws of hustle culture. Although he doesn’t explicitly mention the passion economy, there are many overlaps in his suggestions. He advises people to slow down, find meaningful work, and build slowly.

His epiphany may feel familiar. Perhaps, during the last year, you have felt the desire to be more purposeful about the kind of work you do? Maybe you long for a simpler, well-lived life?

It’s difficult to think of a better time in history to ask yourself those questions. The pandemic disrupted everything we thought permanent and immoveable about work. Combined with the rise of the passion economy and a return to “normal,” now is a time for change, evolution, and adaption.

Instead of reverting back to what we knew, what if we rebuilt our work cultures purposefully? What if we prioritized happiness over productivity—passion over hustle? 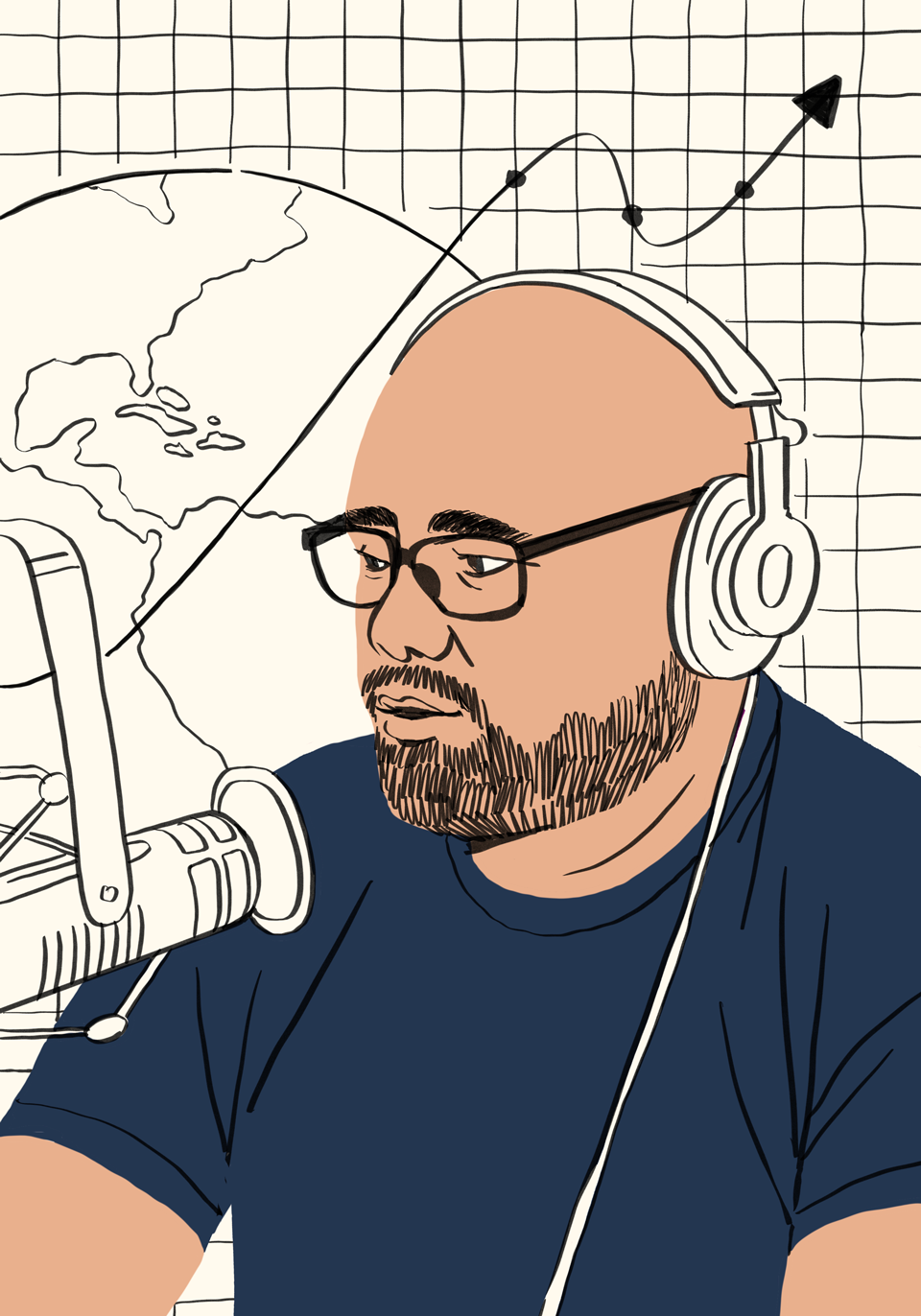 How I turned my passion into a career: Astrologer Chani Nicholas