Computer scientist Paul Graham was a good student at school. He listened in class and studied hard at home. But like most kids, his goal wasn’t necessarily to acquire knowledge for knowledge’s sake—he just wanted to pass his final exams.

“Even though I was a diligent student,” he wrote in a recent blog post, “almost all the work I did in school was aimed at getting a good grade on something.”

When your goal flips from learning to test performance, your studying strategy changes, Graham says. Instead of reading the best books on any given subject, experienced students will “hack” the test by focusing solely on lecture notes and texts on the recommended reading list.

In schools and at colleges, this approach works for getting ahead.

But this tactic has spread beyond the hallowed hall of education. There are large swaths of life where “hacking the test” seems to provide a shortcut to the finish line. As one of the co-founders of startup incubator Y Combinator, for example, Graham has heard the strategy echoed in myriad other contexts.

“What's the trick for making venture capitalists want to invest in you?” new founders have asked him. “What marketing stunts can we use to kickstart growth?”

The true answer to both questions was simple: Design a great product. But that answer is, like acquiring knowledge in school, broad and challenging. What Graham’s young founders wanted to know was how to hack an investment pitch or marketing strategy to get an “A”.

They were applying an old strategy to a new context, assuming or hoping that they could hack investment meetings to secure money in the same way they hacked tests to secure good grades. The problem: This approach doesn’t work.

“[O]ne of the most striking things about startups,” wrote Graham, “is the degree to which you win by simply doing good work.”

The new context of the startup sphere demanded a new approach. That meant founders had to abandon what had worked for them in the past and search for fresh strategies that would deliver results. However, breaking decades-old habits is an exceptionally difficult task.

In the fall of 2014, American engineer and science communicator Destin Sandlin accepted a challenge: Ride a backwards bike. The task seemed simple enough. The bike in question had two wheels and two pedals. It looked, to all intents and purposes, like a normal bicycle. It's one difference lay in its handlebars. On a backwards bike, turning the handlebars to the left caused the front wheel to turn to the right and vice versa.

“I thought this would be easy,” Sandlin said in a video on his experience, “so I hopped on the bike ready to demonstrate how quickly I could conquer this.”

But easy it was not. As soon as he raised both feet onto the pedals, Sandlin careened off course. Try as he might, he could not propel himself for more than a few feet before stumbling from the saddle. The experience was frustrating. Even though he understood what was going on, his old ingrained knowledge took over the moment he tried to cycle forward.

Sandlin’s experience illustrates something we tend to overlook: Existing knowledge is sticky. The ideas and skills we already hold have inertia and displacing them with alternatives is often easier said than done.

This psychological quirk wouldn’t matter if the world and our experience of it were stable—but neither are. As Graham’s would-be founders and Sandlin all discovered, as our contexts change with the ebb and flow of life, our optimal response changes, too.

Consider the lifecycle of a new company, suggested Tae Hea Nahm, venture capitalist and co-author of Survival to Thrival. As a fledgling startup, the demand of any business is singular: survival. Founders must be hands-on, acting as the “primary individual contributor who does it all: runs through walls, leads the troops into battle, digs ditches, engages in hand-to-hand combat.”

But as a business matures and its position solidifies, the organization’s demands change. As a company scales, having a founder constantly stuck in the weeds becomes more hindrance than help.

“Growth causes the company to change, thereby causing everyone’s job to change right underneath them,” wrote Nahm. “This applies to everyone from the CEO to middle managers, and even to the board. What used to work suddenly stops working. It’s maddening and frustrating, yet it’s totally the norm.”

Therein lies the problem. Change requires new skills and knowledge but human psychology welds us to the old. For those who don’t adapt, the future is bleak.

“As any ex-typewriter repair person might tell you,” says leadership author Margie Warrell, “refusing to acknowledge that the world is changing will eventually land you in a tough spot.”

“Refusing to acknowledge that the world is changing will eventually land you in a tough spot.”

The modern world is full of incentives to learn. Indeed, many influential figures pitch learning as the competitive differentiator. "It's not about money or connections,” said entrepreneur Mark Cuban. “It's the willingness to outwork and outlearn everyone when it comes to your business."

But the challenge for all of us isn’t learning. People are good at learning. We acquire new knowledge and skills with a voracious appetite, always searching for the next novel idea. The challenge is working out what to do with knowledge once it’s in our heads. As Edwin Land, co-founder of Polaroid, once said: “It’s not that we need new ideas, but we need to stop having old ideas.”

This process, quieting the old ideas and replacing them with new alternatives, is called unlearning and it’s materially different from forgetting. Sandlin, for example, didn’t want to forget how to ride a regular bike. That skill was still valuable whenever he wanted to cycle a normal bicycle. What he wanted to do was “unlearn” his old skill in the context of his backwards bike.

“Think of Yoda from Star Wars when he is training Luke Skywalker,” Nahm tells Dropbox. “Yoda says, ‘You must unlearn what you have learned.’ It's about unlearning your past to prepare for the future.”

Unlearning, on the surface, is an unattractive proposition. You must admit you were wrong or held false information and begin looking for what is right or truthful. That shift from secure competency to vulnerable incompetence is inherently unpleasant. But just as the act itself is unpalatable, its payoff is equally and oppositely beneficial.

Mark Bonchek, founder of leadership consultancy Shift Thinking, recommends people use a three-step process to cognitively detach themselves from ineffective knowledge and supplant it with an effective alternative.

First, he says, people must recognize their current knowledge or skill is no longer relevant or effective. Sometimes, this is simple. By falling from his backwards bike, for example, Sandlin had indisputable proof that his existing skills were ineffective in his new context. To move more than a few feet, he clearly required a new approach.

Other times, however, the failure of an existing approach is less clear-cut. For most people, Bonchek’s first step is marked by a gradual declination rather than a black and white distinction.

Nahm, for example, struggled to land a job after graduating from the University of Chicago Law School. His Confucian upbringing had taught him to prioritize respect, conflict avoidance, and humility. But this, he says, made him a poor candidate for high-pressure law firms.

“One of the interviewers said I came across as very meek,” Nahm recalls. “They said I was a nice guy but that I was a meek mannered person.”

For Nahm, there was no clear distinction between success and failure. Some interviews did produce offers, although the majority did not. But the would-be lawyer focused on his goal—acceptance by prestigious firms—and decided his existing approach wasn’t good enough.

Boncheck’s second stage is finding or creating a replacement model. Sandlin’s revised model was simple. His legs still pedaled and his body still leaned into corners. But in his new model, his arms pushed the bike’s handlebars in the opposite direction to normal.

Nahm’s new approach was more complicated. To redesign his interview strategy, he investigated what the legal recruiters wanted in a candidate. “When they said leader, it meant leader in an American sense,” he explains. “I realized I needed to project less Confucian scholar and more Captain America.”

The final stage to unlearning is to ingrain your new mental habits, something Boncheck says is no different to developing a physical skill, such as learning to play an instrument. And like mastering pentatonic scales, it can take a long time.

Sandlin practiced riding his backwards bike for eight months. For most of that time, his progress was non-existent. He pushed off, raised his feet, and immediately veered uncontrollably to the side. But eventually, something clicked.

“One day I couldn't ride the bike, and the next day I could,” he said. “It was like I could feel some kind of pathway in my brain that was now unlocked.”

Sandlin took so long to unlearn his skill because bicycle riding was so deeply ingrained. It was, as the phrase reminds us, like riding a bike.

But the time it takes to successfully unlearn a skill is also a function of practice. The more we learn to unlearn, the better we become at it. It’s a process called neuroplasticity. It’s an apt label for the more we knead and exercise our gray matter, the more supple and adaptable it becomes. If you spend eight months unlearning how to ride a bike, you’ll be able to unlearn driving stick in half that time.

In today’s rapidly evolving world, the ability to unshackle yourself from inefficient or illogical mental models is a superpower. When others remain entrenched in ideas, strategies, and knowledge that no longer applies, you can search for what’s needed for your new context. But this skill is also more than that.

“Since change is the only constant you can truly rely upon,” says Warrell, “learning to navigate and adapt to it is not just important to your survival—it’s essential for you to thrive in the bigger game of life.” 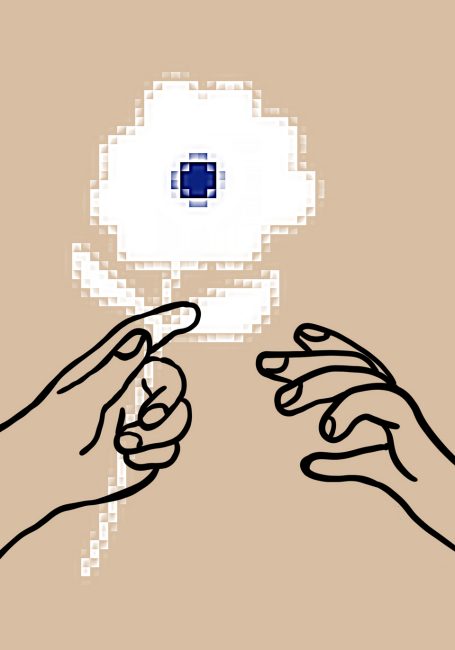 How organizations can build a culture of help

In times of change, we must change or be changed, says Tae Hea Nahm 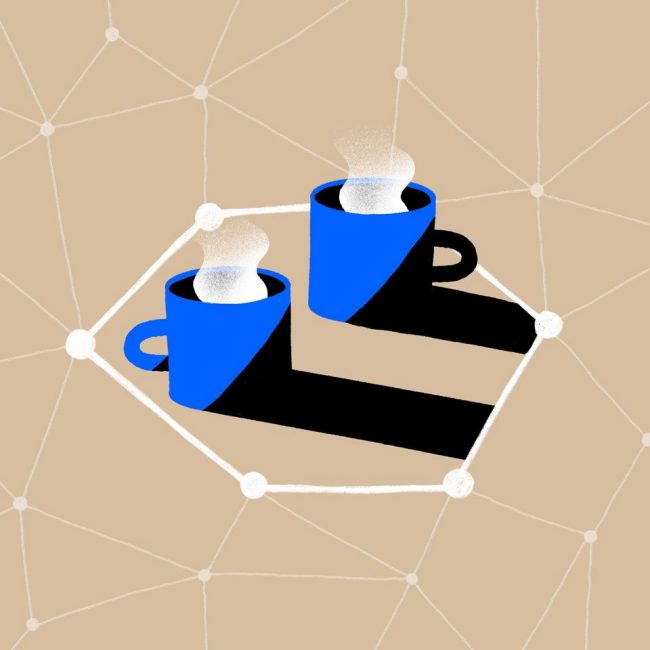