Over 75% of people using Dropbox today come from outside the US—with different needs and backgrounds. We believe it takes a diverse team to build innovative products that delight users, and we’re committed to building an inclusive culture that reflects the world around us.

In 2016, we continued to invest in programs that help attract and retain diverse candidates. We’ve made modest strides—the number of women in leadership roles went up, and so did the number of new hires who are women and minorities—but we still have work to do.

We’ve also started to do more benchmarking of ourselves against the industry. For the second year, Dropbox was awarded a perfect score for LGBTQ equality on the Human Rights Campaign’s Corporate Equality Index (CEI). In addition, the Great Places to Work Institute recently named Dropbox a Best Workplace for Diversity and a Best Workplace for Asian Americans.

The efforts we’ve made to recruit, retain, and develop women have contributed to 35% of our new hires being women—up from 28% last year. Similarly, the percentage of women in senior leadership has increased from 21% to 27%. This past year, we made a number of key female hires, including Chief Marketing Officer Carolyn Feinstein and VP of Communications Lin-Hua Wu. We also promoted Amber Cottle, who leads our DC office, to VP of Global Public Policy & Government Affairs. 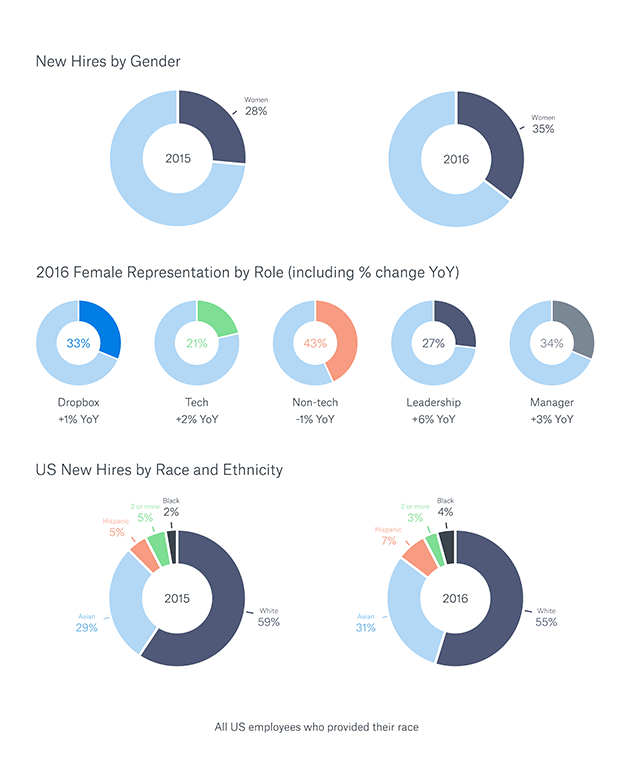 Though we’ve made progress in hiring minorities this year, the numbers aren’t where we want them to be. New hires across minority groups (including Asians, Hispanics, Blacks, and people of two or more races) comprised 45% of all new hires in 2016—up from 41% in 2015. We also saw a small increase in Hispanics and Blacks at Dropbox, who make up 6% and 3% of Dropbox, respectively. Asians and people who self-identify as two or more races stayed flat at 30% and 4%, respectively.

As part of our efforts to create a diverse workplace, we’ve developed programs that aim to help Dropboxers feel supported to do their best work. Specifically, we focus on the following: 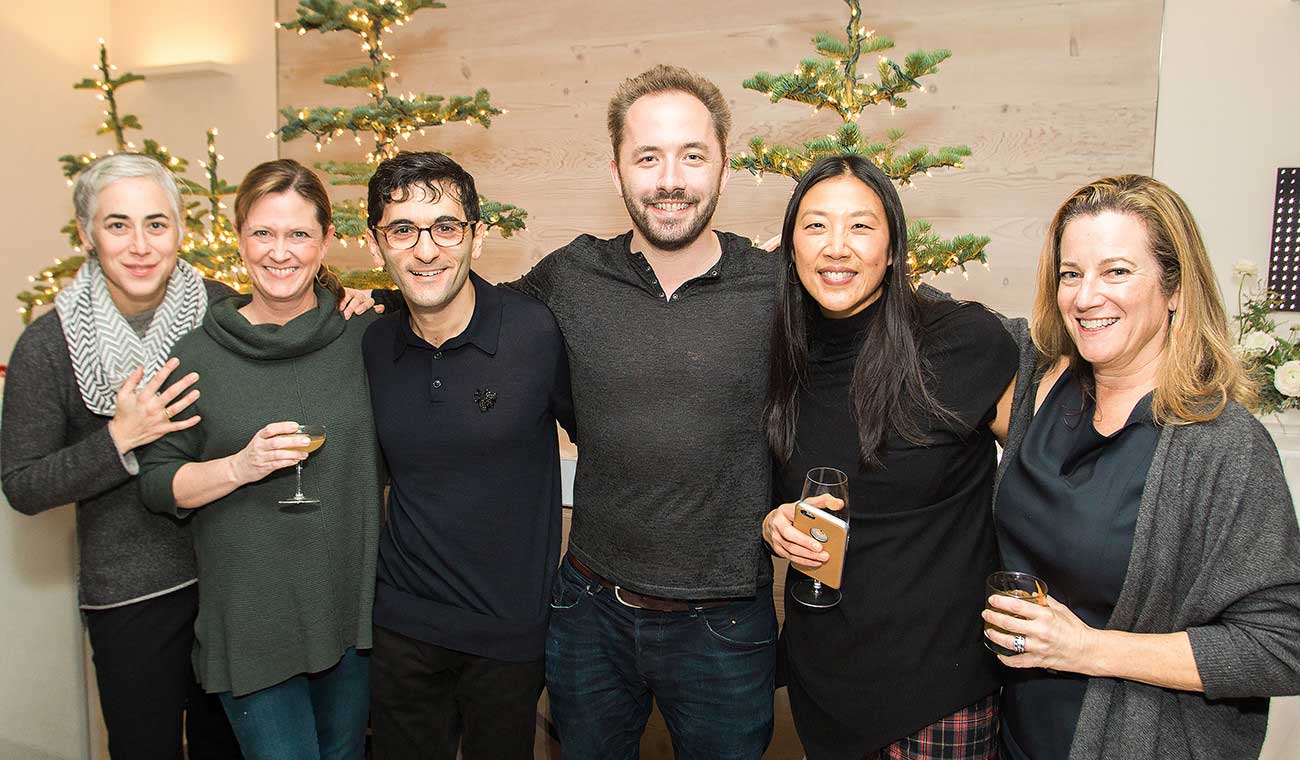