If you’re like me and many others, you’re probably adjusting to the new reality of working from home and starting to miss the camaraderie and companionship of your co-workers.

In the midst of quarantines and social distancing, having some sense of community feels more important than ever. Though it’s never the same as meeting face to face, connecting with our family, friends, and colleagues online at least helps us feel a little less alone.

Aside from the loneliness, remote workers have new challenges to face, whether that’s learning new software functionality or developing best practices. And when we run into technical problems, we can’t just lean over to our office neighbor and ask for help. All our support systems are virtual now.

To help fill in the gaps and give you a place to connect with other people who might be asking the same questions you are, we recently introduced our redesigned Dropbox Community platform.

Our goal was to build something that could offer much more than a go-to home for product support questions. We wanted to incorporate as many of your ideas and requests as possible—from the ground up.

User testing helped us build a new space where you can swap ideas, share tips, and find out about new updates and releases. To learn how, we spoke with Laureline Boin, the Global Head of Community and Social Care at Dropbox.

First off, how are you doing? How is your team coping with the transition to distributed work?

We’re lucky to be working for a company that allows us the flexibility and tools to work from wherever there’s internet. So in relation to work, we’re coping very well, and we’ve made sure to stay connected frequently on Dropbox, Slack, and Zoom, so we have that nice balance as well.

What was the impetus for redesigning Dropbox Community?

We realized that some users were not finding what they were looking for. We especially noticed that some of them ended up on the community when they actually wanted access to direct support. So we started to look into the information architecture. We started to do user testing to see how people were using our platform and see what was working and what was not. Now we're trying to make continuous improvement and to always involve the customer in platform decisions.

Screenshot from the newly redesigned dropboxforum.com 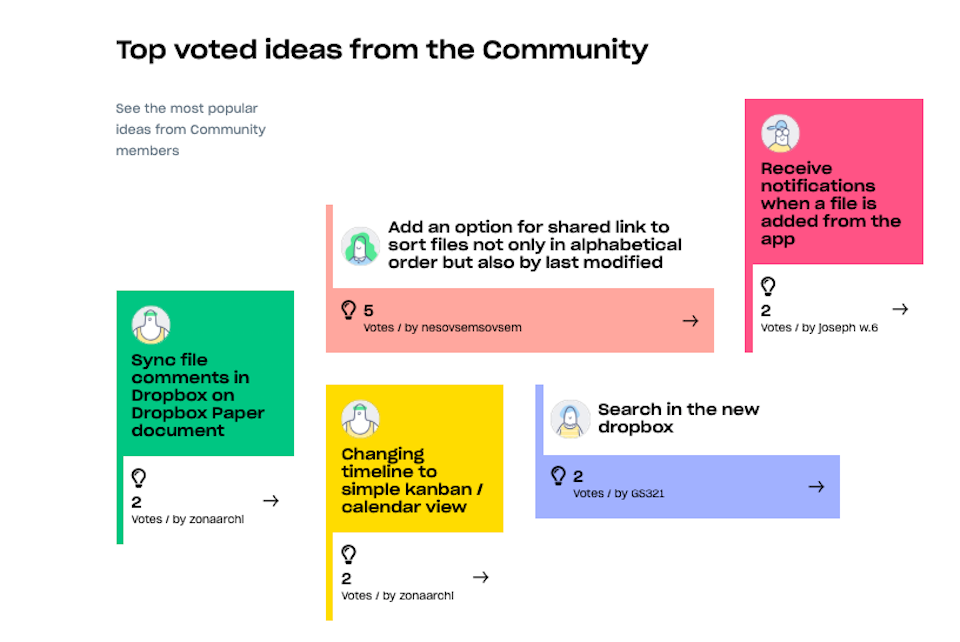 What are the new elements people can expect to see on the new redesigned Dropbox Community?

We’ve been spending a lot of time building a whole different kind of content. In the past, our users were coming to the community to find an answer to a support question, and leaving once they got their answer.

The redesigned community has new areas where our users can now connect with other users like them, and solve broader work problems, such as how to work efficiently remotely, how to collaborate better with online tools, and how to reduce work about work. The goal is to have a space where every Dropbox user can share their tips, tricks, use cases and work flows to inspire others and give them brilliant ideas on how to work smarter.

Finally, we’re putting a lot of effort into developing an ideation platform—a space where every Dropbox user will be able to request features or share ideas about the product, and vote and comment on existing ones. Once an idea has enough votes, it will go to our engineering and product team for review. This new platform will allow us to connect directly with our users and build a more customer centric product—we’re very excited about this!

Screenshot from the newly redesigned dropboxforum.com 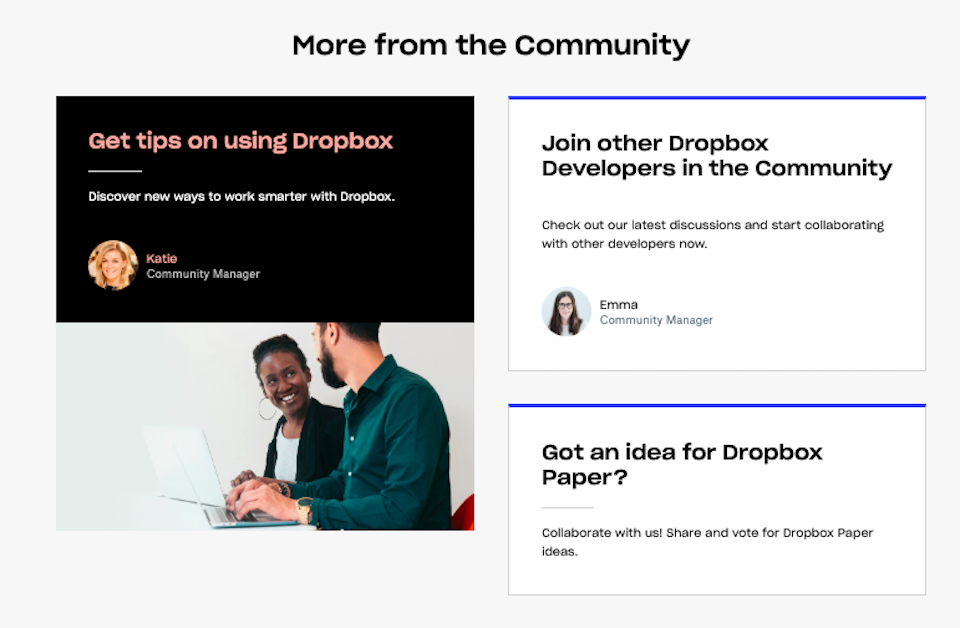 Have there been any ideas that have come out of the ideation section so far that you think are particularly juicy or have good potential?

One that was released recently was Paper Noir [AKA “dark mode” for Dropbox Paper]. It was really highly ranked in our ideation space. For example, we can already see that there are some ideas that are happening and being released. So that's really cool. There's a lot that I know our product team is keeping an eye on in the community.

Is Paper Noir something that originated in the community?

People in the community have been asking for it for a really long time. The requests for Paper Noir were probably coming from a lot of different spheres of users, but the community is a good way to aggregate those requests. As we grow our ideation capacity, we are going to make them more visible earlier on. So hopefully in the future, it's not going to be just that our product team and users are aligned on an idea, but it will be causation.

What was your process for your user testing?

We often started on Google, because that's where a lot of people would start their search. We looked at them while they were going through this whole process—searching on Google, very often finding a link, and then from this entry point, navigating in the platform.

We were checking to see not only if we were finding the answer or not, but also if they were noticing that they were on a community, a user-to-user space. We were looking at whether they were noticing what we call the “cross pollination elements”—elements that are supposed to tell them more about what they might like to read based on the page they ended up on. It really helps us to get into our customers’ shoes and really figure out how they can navigate properties.

Were there any surprises that came out of the user testing?

Some users didn't understand that they were on a platform where it's users answering other users. This definitely made us rethink the redesign, and focus on highlighting who is who on the community. We wanted to make it really clear when someone from Dropbox was answering and when it’s one of our Super Users, who are not Dropbox employees, but Dropbox experts.

So this became pretty clear that the more information we clarify for users, the more they would understand that they're on a community, a place where they can talk about anything, where they can not only get answers from Dropbox, but from the entire Dropbox Community. At the same time, some people were expecting it to be a traditional one-to-one support space where they could email Dropbox, which is not what it is.

Can you describe the process for incorporating user feedback into the redesign?

So for example, we created a little component that is customized. That is basically checking what SKU or plan a user is on. Based on that, it tells them what is their support offering.

That component is not on the homepage. It’s a thread level page, because what we realized is that a lot of users are searching for a question about Dropbox on Google. So they're entering the community from a thread page—from the bottom, instead of from the top. So figuring out that most people who are entering the community from a thread and not from the homepage, and seeing people doing that made us rethink the whole redesign with the thread as an entry point.

That's why we focused on a really prominent search so when people are on a thread, they can go back to interesting or relevant content in the community. We made the breadcrumbs, basically the navigation, more visible. Usually people think of websites from top to bottom. But here, we really have most of our users visiting the community from a thread.

What are the principles of customer-centric design that you value the most?

What's really important is the job to be done for the user. What is the user trying to achieve here? If a user is having a complex payment issue, they would need to talk to the support team. There’s no point in trying to make them jump through hoops to fix their issue. However, if a user is having a technical issue, our online resources will be best option for them. The best way is to empower users is to get the information that they need and make it available without having them to wait for a support rep to be available.

Also interestingly, with the new generation of online users, a lot of people simply don't want to talk to a support rep and prefer to find the information online. So then your job is to make the information available as easy and as clearly as possible. That’s why it’s essential to provide a great search and allow them to filter their search so they can navigate seamlessly between threads and sections, and easily identify relevant content that’s highlighted for them.

Obviously, having a traditional Help Center is super important, and complementary to a vibrant online community. But having content written by users, for users, with their own words can make a massive difference. It adds incredible value to provide specific tips and tricks, advice, and recommendations from other users who are facing the exact same challenges. Because in the end, what really matters is to make the user’s life easier.

Are there plans for additional redesigns or enhancements in the future?

Yeah, we will keep refining the community to keep making content more discoverable and better. We are also going to focus on providing content and making sure that the community is a place where people can talk about collaboration and how they use Dropbox as part of an ecosystem.

We really want the community to be a place where people can talk about how they use Dropbox with other software. There are so many interesting ways people are using Dropbox that even people at Dropbox don't suspect. We want to hear from users to really understand how they're using the product so we can make sure that as a company, we build a product that's best for them.

To get answers and discover new ways to use Dropbox, join the Dropbox Community.

How Dropbox can support distributed work 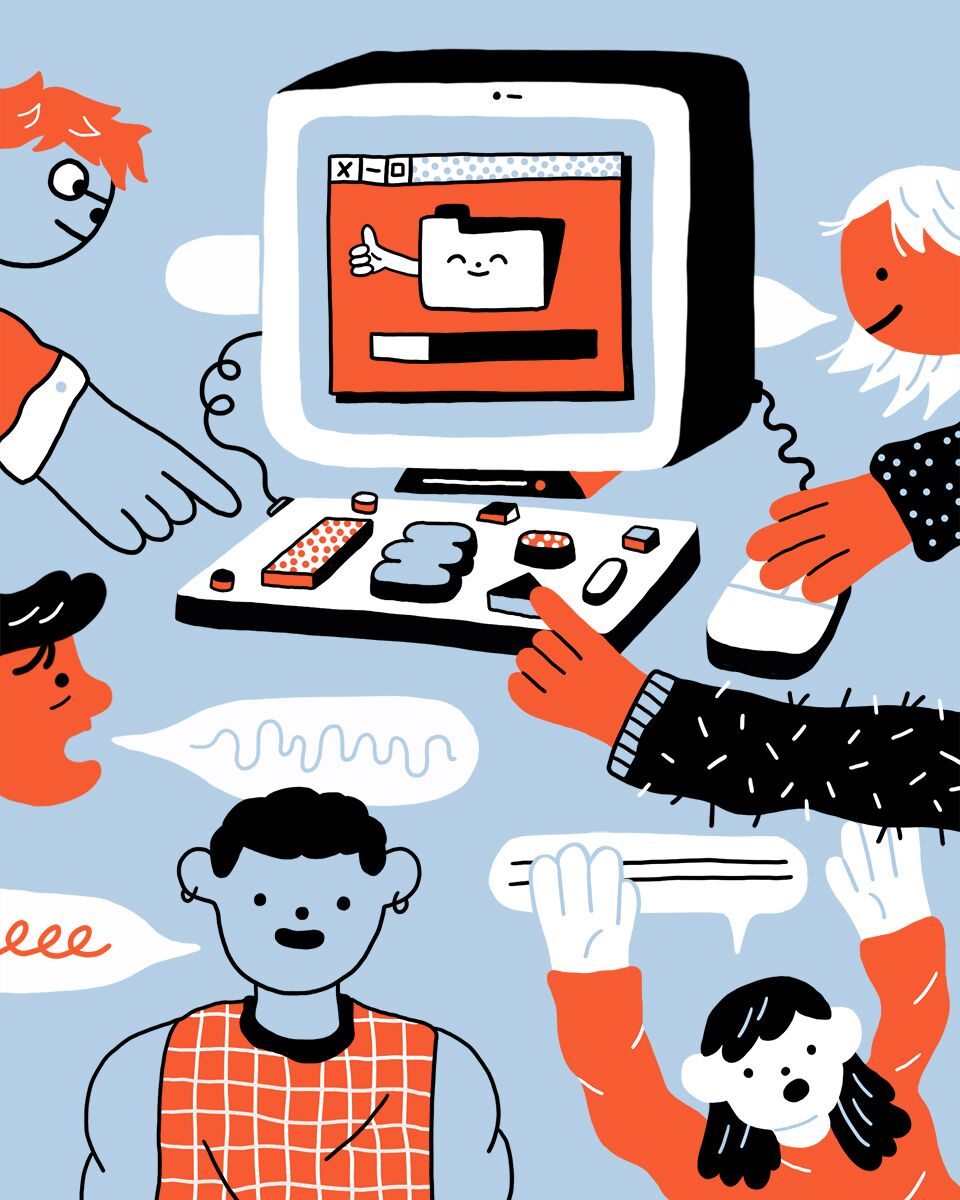 How user feedback on Dropbox Community revived a favorite feature 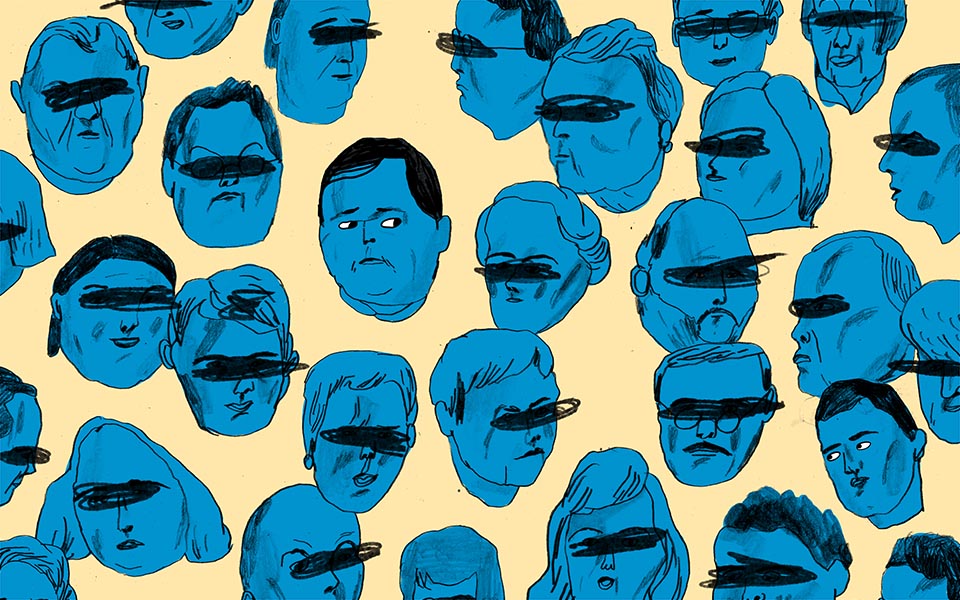 The workplace is a lonely place, but it doesn’t have to be