When you run into a problem while you’re using Dropbox, Dropbox Community is the first stop for frequent users. Formerly known as the forum, the community is a vast resource for quick answers to product questions. But the experience goes beyond peer-to-peer conversations and customer support. The conversations on Dropbox Community are a window into what matters most to the people who use Dropbox every day.

“The good thing is that everybody can read their feedback,” says Laureline Boin, Global Head of Community and Social Care at Dropbox. “It's very relatable. It instantly gives color to decision makers for these kind of features. It's a direct connection between users and people who decide on the roadmap.”

In fact, the issues raised can sometimes have a direct impact on product development. Here in part one of a new series that takes a closer look at those stories, we’ll deconstruct how our CX team responded to user feedback after the Time to Sync feature was replaced by a progress bar.

We spoke with Emma Fay, Laureline Boin, Clara Wu, and Katie Groarke from Dropbox to find out how the issue was raised, how it was escalated to the product team, and how the engineers responded and resolved the problem.

"It's a direct connection between users and people who decide on the roadmap.”—Laureline Boin 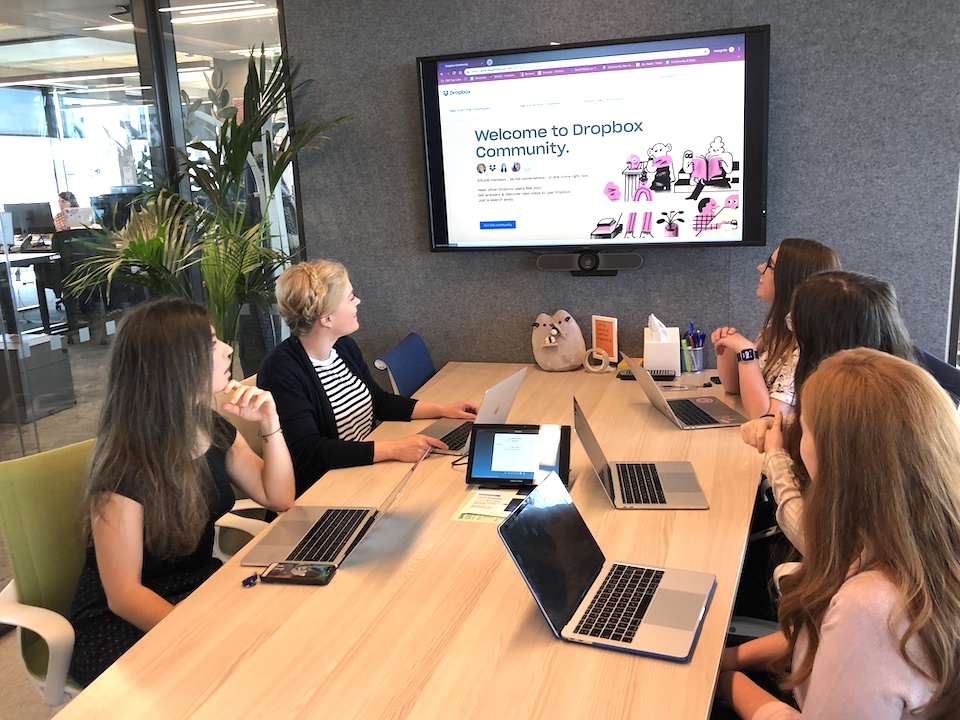 Like many threads on Dropbox Community, this one began with a question.

“When it's behavior that they're not sure about, [users] often like to check Dropbox Community to see, ‘Are others experiencing this?’” says Emma Fay, Community Manager at Dropbox. “It basically originated like that, where users were like, ‘Hey, I've noticed that this is different. Is this a bug? Or have you changed this?’ Then, it was escalated to me from our moderator team.”

Clara Wu, Product Manager at Dropbox, recalls seeing the comment from one of the super users who was unsure if it was a bug or if it had been removed.

“Jay was the moderator. He was unsure, too,” says Clara. “So after some investigation, they learned that the time to sync was being replaced by the progress bar. The product team thought the progress bar would be good [because it] can be more accurate than time estimates which tend to be off by a lot. They decided to make a fast, reversible decision to remove [the time to sync feature]. Then, once it rolled out to beta, we saw that lots of people were complaining about it.”

The idea was that the progress bar would be a neater, cleaner, more visual way to track the time left to sync. But as it turns out, users actually wanted to know how many minutes they would have to wait until the sync was complete.

Nikhil Marathe, Software Engineer at Dropbox, reached out to Clara on Slack to ask if she would respond to the post. “My original response was, ‘Hey, we decided to drop the time estimates for the time being,’” Clara recalls. “There are still ways to figure out how much progress your files have made.’ After that message, I saw that there were complaints about it in the [threads on Dropbox Community].”

The issues raised can sometimes have a direct impact on product development. 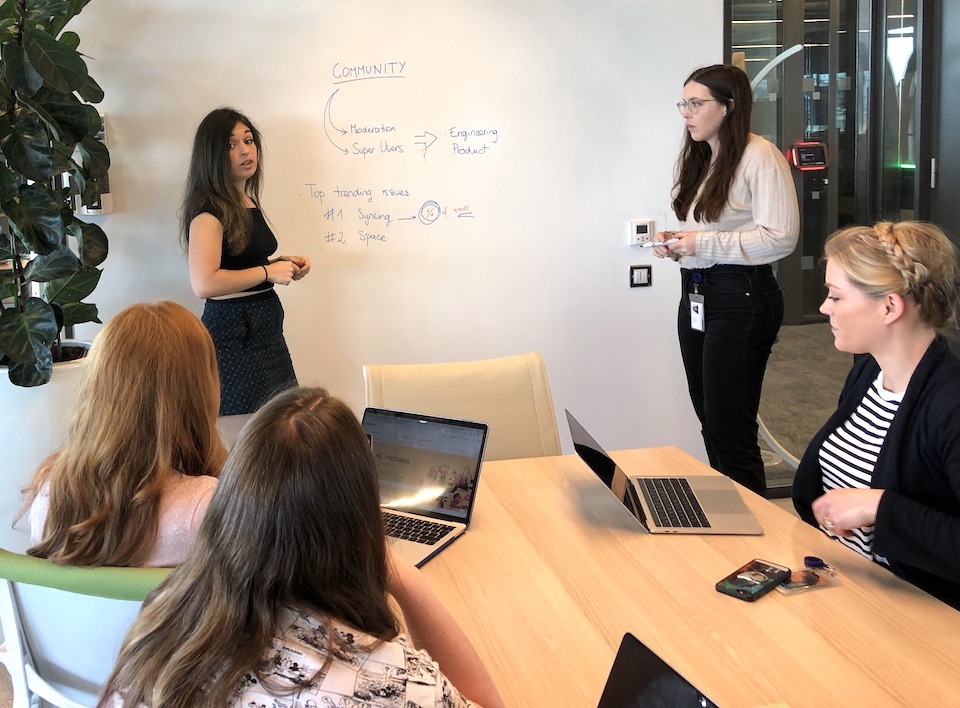 Clara says what mattered most to her was hearing about the many ways that a single time estimate could impact the lives of our customers. “There were a lot of different use cases for when they used the time estimate,” Clara recalls. “It really highlighted for myself and my team that time is a critical unit of measurement for our users that they use to decide things like: ‘Should I sit here and wait for it, or walk away?’ With just a progress bar, halfway done could mean minutes or seconds.”

Clara says her team now uses Dropbox Community to help prioritize which issues to tackle. “Since then, I've tried to check the threads every other week or so to see if there's anything that's bubbling up there, to make sure I have a pulse on that,” says Clara. “It’s super important for our customers to feel like they have a say in the product decisions that we make in a world that does feel pretty opaque sometimes.”

“What I'm wanting to see more of the community is, us being transparent and owning our decisions and explaining those to users,” says Emma. “Because users on the community are passionate, interested, engaged Dropbox users. The product means enough to them to seek out a community and try to get a better response.”

"Users on the community are passionate, interested, engaged Dropbox users. The product means enough to them to seek out a community and try to get a better response.”—Emma Fay

The Dropbox Community team in Dublin 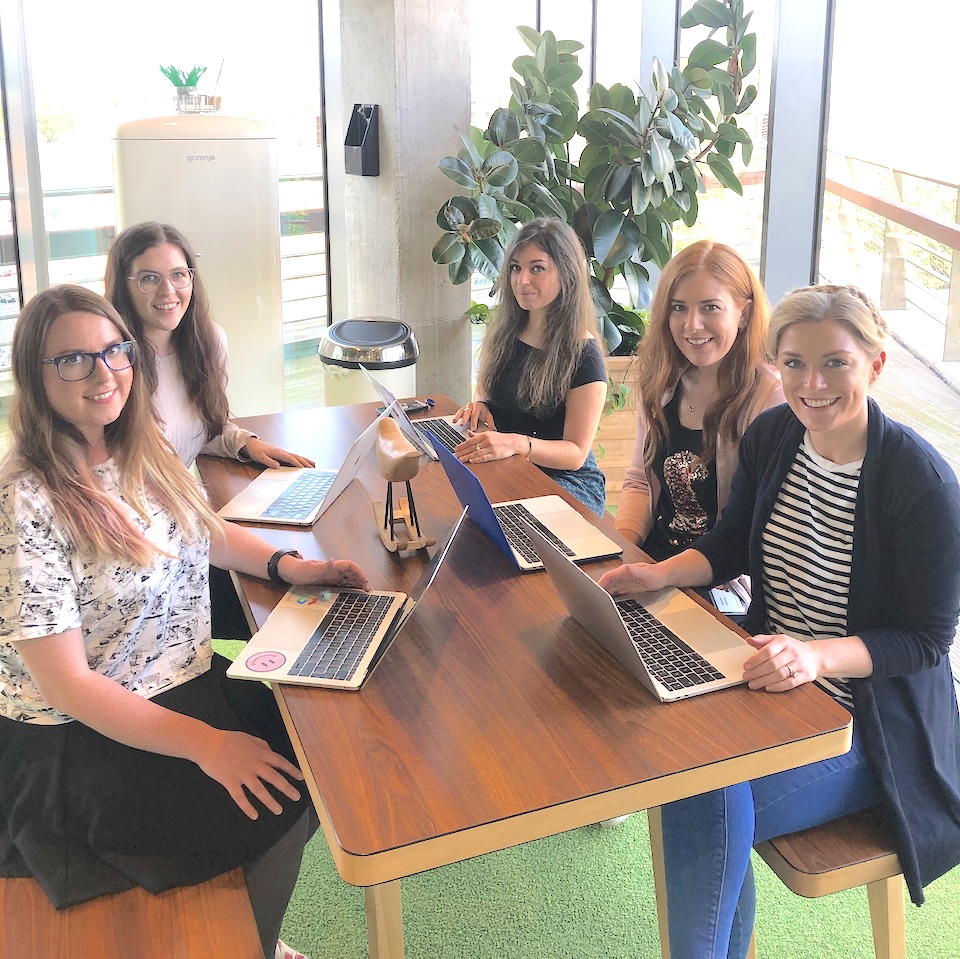 “Even if we're saying, ‘This is a decision we've made,’ our users respect transparency, and being straightforward, and not giving them a canned response,” says Emma. “Edgar Aguillon, a Product Manager at Dropbox who I worked with on this, was great at understanding that. When I told him, he brought it up with the product team, and championed the community and championed our users. He was great at coming back with a straightforward, transparent answer: ‘Yes, we removed this. We really appreciate your feedback. We've taken it on board. And your interest and passion has made the broader team change their decision.’ Which is exactly what happened.”

“The community is a really valuable resource,” says Emma. “I think using these opportunities, where there is a real engaged, passionate response to a product decision and getting that in front of the right people demonstrates its value. We’d love to see the community used even more as a way to gauge the impact of product decisions, and are working on a process to make community voices heard. Because our users will tell you very clearly exactly what they think.”