In tribute to the teamwork it takes to bring a story to screen, we’re talking with Sundance filmmakers to find out how they work together from script to final cut. Today, we’ll hear from directors, producers, production designers, editors, and cinematographers to learn how technology is changing the way they work—and how it might make their jobs easier in the future.

James: Whenever we're doing an interview with anyone, we get them to fill out an appearance release that can be scanned and put it Dropbox so that it's saved and we don't lose a piece of paper while we're on the road. There's so many different things we had to do—from media storage to sending out dailies between each other—things you couldn't have done nearly as seamless or as fast 5 years ago. The concepts have been there, but now everything works.

I remember hearing about a lot of different options for being able to share media, and it never quite worked or your internet connection had to be perfect for it to work. Nowadays, I can do things on my phone almost faster than some of the wireless networks. That's been extremely helpful for us because there have been so many times we needed to access something and we’ve been able to do it.

"We can take pictures on a location with the framing, focal length, and aspect ratio desired. We can track the sun path in a location. The possibilities are endless."

Carolina: I rely tremendously on the technology available to us now. I can meet directors in different parts of the world. It means I can collaborate in different cultures and languages and that’s attractive to me. At first, it might be hard and feel weird to have an interview or meeting for a project in this way, but after doing it for a few years, I feel that I can rely on my instincts and can read a meeting online as well as in person. We can take pictures on a location with the framing, focal length, and aspect ratio desired. We can track the sun path in a location. The possibilities are endless. Technology has really helped us on productions.

Katie: Technology is always rapidly changing and we are shocked constantly at what we are able to achieve in such limited timelines nowadays. On Zola, Janicza Bravo, requested bedding that matched the existing carpet at one of our locations. We were able to take photos using our iPhone and create a pattern in Illustrator and send it to a company to print on hotel bedding. It was all done in the matter of a week in St. Petersburg, Florida, which would have been impossible even two years ago.

"I think the move to voice-activated computing is going to be huge in the future. If I can dictate what I want instead of having to type, touch or drag a mouse around... I’ll have more time to focus and just be creative."

Gil: The speed of the machines we work with and rate that we can send data back and forth has increased dramatically. These days, we do a lot more in-house than we did in the past, so it streamlines the post-process. But it also makes it so editors, assistants, and everyone involved has to juggle a lot more than before. With regards to speed, we're not working at 6k or 8k yet, so I don’t see the need for a huge increase in processing power at the moment, but I would like to see shorter rendering times and faster data delivery over the internet.

From a personal standpoint, I think the move to voice-activated computing is going to be huge in the future. If I can dictate what I want instead of having to type, touch or drag a mouse around, I can increase my productivity. Not from creative standpoint, from an administrative one. If I can issue a bunch of voice commands and take care of business, I’ll have more time to focus and just be creative.

"What I hope for is that the tools reach a point where they're almost transparent. They just allow us to have that 'paintbrush on the canvas' kind of feel."

Kwesi: In the past five years, for me, it’s the speed at which everything is done, and the democratization of all the visual effects and post production tools we have, the more intuitive the software is—all of that's made it just faster to get things done.

This sort of sibling relationship of production, post production—those have become more seamless. In a sense, post production, and all the things that are associated with push button, have seeped into the production process. So it's not as balkanized or compartmentalized. You have production, then you shoot, then you start post. It’s seamlessly integrated. That’s increased in magnitudes in the past five years. It just accelerates faster and faster.

Moving forward, what I would hope for—and what I think is happening—is that the technology we're using will get to a point where it's more transparent—and all of this is in service of the creative. What I hope for is that the tools reach a point where they're almost transparent. We don't think about them. They just allow us to have that “paintbrush on the canvas” kind of feel.

A perfect example of this is when I watched this documentary on The Irishman [showing] how they did all their faces. Scorsese was like, “I can't put dots on these guys’ faces when they're acting in a scene. It's just not going to work.” They came up with a whole methodology of doing it differently and transparently by infrared photography, using multiple cameras at the same time to shoot the scenes. They got all the digital information in a way that's not invasive to the scene and without putting dots on people's faces.

"The amount of footage that directors are able to shoot is incredible. The upside is it allows for so many options in post. The downside is often media management."

Lauren: With the advances in digital filmmaking, the amount of footage that directors are able to shoot is incredible. The upside of this is that it allows for so many options in post.  The downside is often media management and time limitations. I’ve been on shows where we get between 6-9 hours of film per day.  It is a lot of footage to organize and become familiar with under increasingly tight post schedules.  At some point, I feel like this is going to come to a head.

Probably the most important app I rely on every day is AVID, the editing software itself!. The amazing thing about AVID is the ability for multiple machines to access the same project and media at the same time. One of the most essential apps on this film was frame.io. It allowed us to send links securely and to communicate detailed, frame-specific notes to our VFX artists.  It also was a place where the director and other filmmakers could access all of the dailies, which were uploaded to that interface each night.

"Technology buys us time where I'm able to communicate with my crew, instantly and in different locations."

Black Bear production designer Tracy Dishman: Getting everyone up to speed with just one link

Tracy: It's a two part thing. One is, it allowed us to work faster. With the way that entertainment is  evolving, there's more content with smaller runs. So maybe you don't get a 34-episode network order. Maybe you get a 10-episode, streaming order, and you have half the time to prep it, right? Technology buys us time where I'm able to communicate with my crew, instantly and in different locations. I'm able to get everyone up to speed.

That's what we use Dropbox for. Generally, I'm the first one on and we start accumulating so much content and so much information that, as crew members join the team, I'm able to get them completely onboard with just one link. Technology allows us to speed up our process. Also, it has affected how we actually shoot. The changing technology and camera and lighting packages and what we're able to do with remote lights and high-def cameras, it changes the look of things. It's all interesting and it's fun. You just got to keep up.

"It opens up so much more that you can do when you don't have to be location independent. It frees up the budget to put more right back into the creative."

Save Yourselves! director Alex Huston Fischer and editor Sofi Marshall: Working efficiently to save more budget for creative options

Sofi: For me, we're already moving in this direction. As we saw on this project, filmmaking can become more remote. It was so cool that we were able to be literally on opposite coasts, collaborating in real time to create something. All the way from the script and development process completely through to post, we were editing in real time together across the country with virtually no lag. That's really cool. It opens up so much more that you can do when you don't have to be location independent. It frees up the budget to put more right back into the creative instead of having to host people in a different city for the edit. I think that's just getting stronger as we have more options to be able to do that.

Alex: Like Sofi was saying, the flexibility with technology‚ things like Dropbox, working with Adobe products, After Effects, now you basically can do more on a smaller scale, which means a lot more of the budget is going onto the screen. The quality of the movie is improving, as opposed to paying for infrastructure to do the same thing. So in next 5-10 years, it’s just going to get better and better. I can't wait till everything's on the cloud and you have raw files in the cloud. That would be pretty exciting. 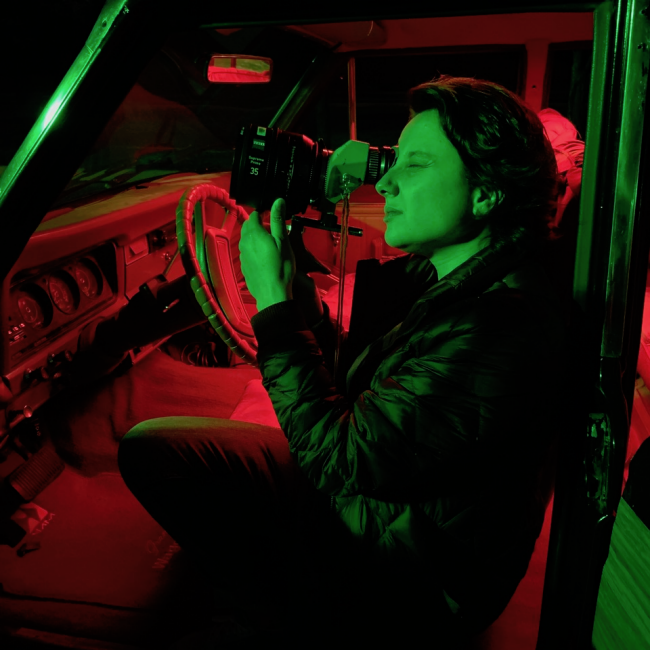 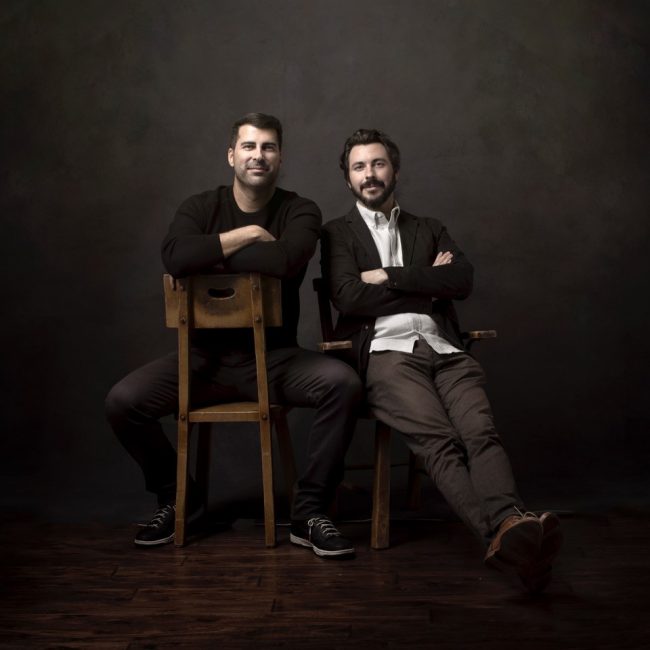 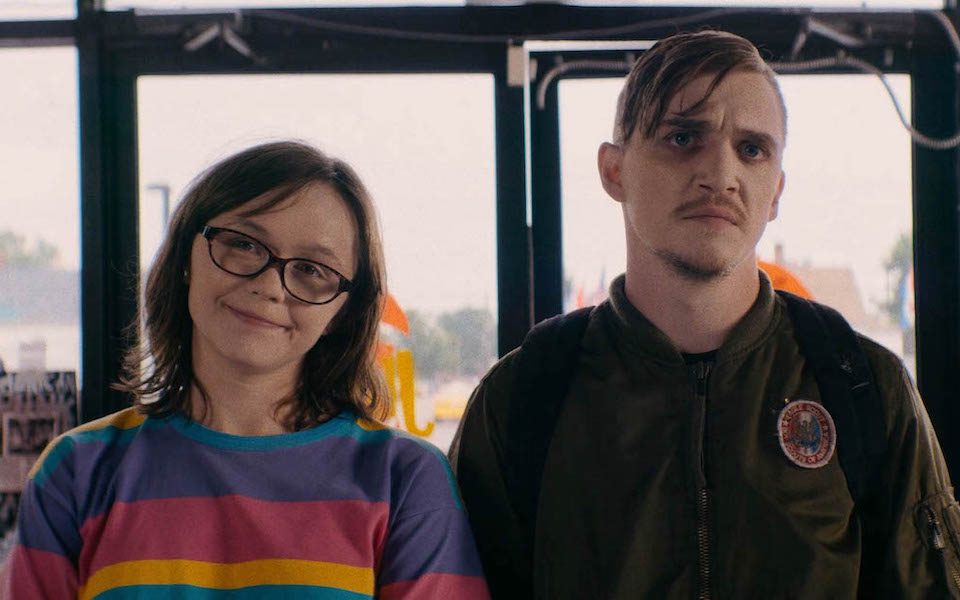