Let’s get one thing out of the way: this isn’t a TED Talk.

You’re still welcome, though, to our conversation with Angela Cheng and Hasiba Haq at TED Conferences. Cheng, a creative director, and Haq, a producer, are responsible for bringing talks to life through a multitude of formats beyond TED’s live events. Millions of viewers consume TED’s content digitally, through video, podcast, and other multimedia.

Regardless of the medium, one simple tenet guides the TED team: ideas worth spreading. 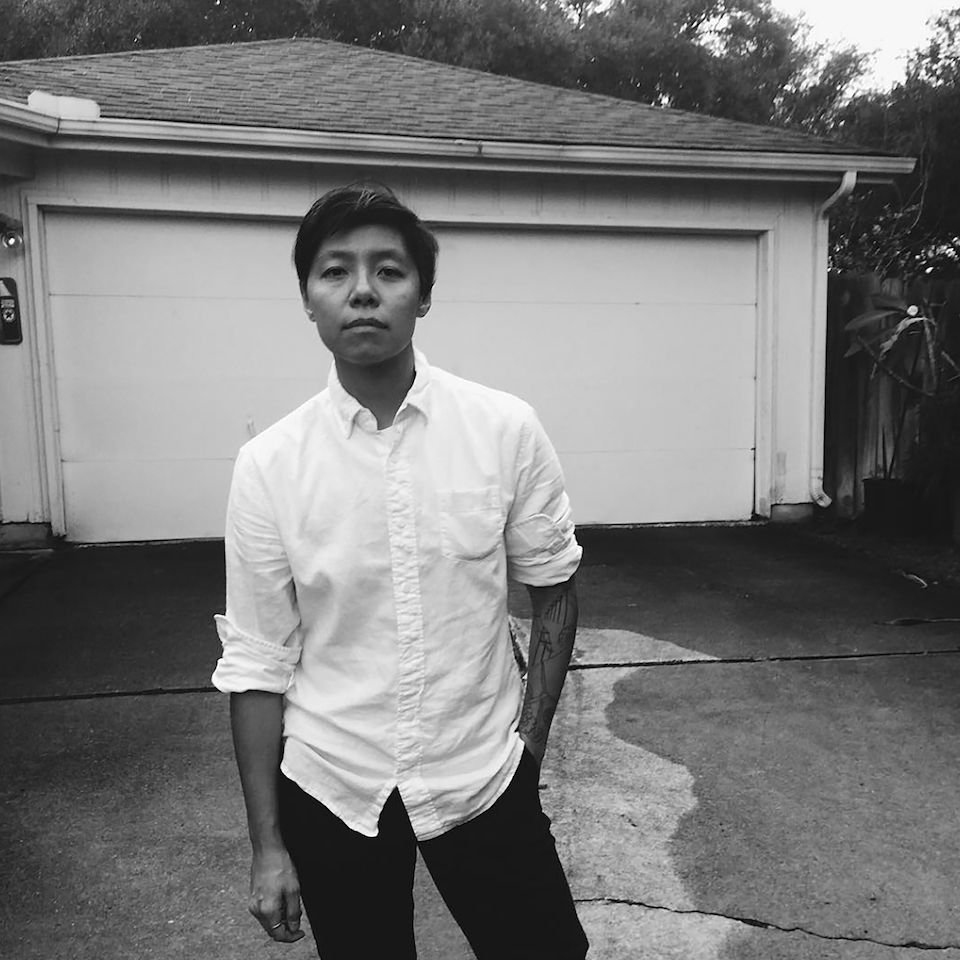 “We’re trying to capture all the incredible ideas out there,” Cheng says. “Our goal is to be an antidote to all the bad news that's going on. The world can be a hard place—but we're also trying to help people remember that there's a lot of good going on. And that it can trickle down to you. We're just trying to make change all the time.”

TED’s original content covers a sprawling range of topics—from tackling the beast of a challenge that is climate change, to addressing FOBO (fear of a better option), a video episode playful in tone but at its core a topic of mental health.

And so, to the extent this is remotely a TED Talk—which it isn’t—we’ll focus on a common interest between TED and Dropbox, and one that led TED to become a Dropbox customer: the state and direction of modern work.

We partnered with Cheng and Haq’s team to create the video series The Way We Work, which covers a variety of work-related topics like the benefits of a distributed team, nuances of workplace romance, and yes, FOBO.

"Productivity is going to have a new definition, skewing towards ideas rather than goods.” —Angela Cheng, Creative Director at TED 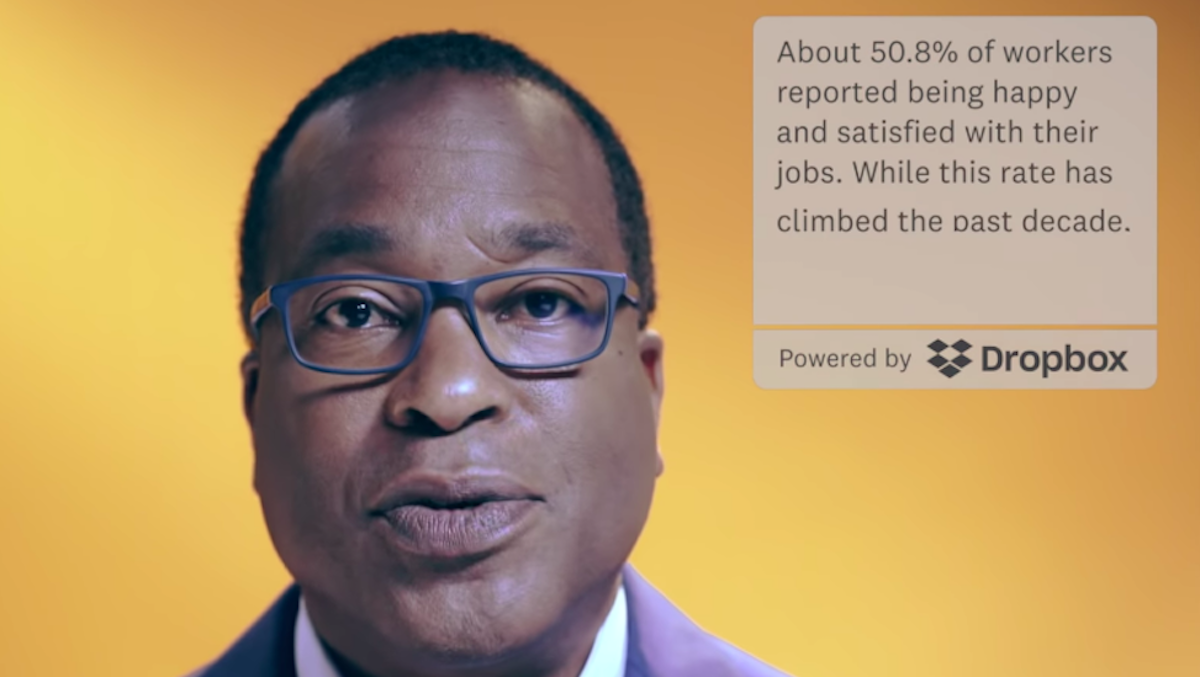 “The original idea for The Way We Work was about the future of work,” Cheng recalls. “But the more we thought about it—and this was actually even before Dropbox came on—we concluded that most people care less about what a future job might be, and more about their jobs now. Because the world is changing, and the landscape of work is changing, people really want to know how can they can improve their lives today. This is the future of work—literally, it's the future of work tomorrow.”

It’s fitting that the The Way We Work didn’t strive to be overly clairvoyant about the distant future, because the team at TED encountered some classic present-day challenges in making the series. When I asked Cheng and Haq whether TED has a meeting culture, laughter ensued.

“A better way to have meetings would probably be a really good topic for the next season,” Haq quips. “Yes, we have a lot of meetings, a lot of brainstorms. I personally am not sure that brainstorms actually work. I do think that they give people a chance to stretch their creative muscles and interact with people, but I don't know that people walk out of brainstorms thinking ‘that was amazing!’”

Haq suggests that preparation in advance is key. “The brainstorms that have worked well are the ones where people are given a task beforehand,” she says. “Then come into the room so you have a starting point. I think people sometimes get performance anxiety when they suddenly have to dish out five grand ideas for a new series. But I do think getting together is important—oftentimes the most interesting idea is what you say when you're walking out the door with somebody.”

Cheng and Haq pointed to another topic that TED grapples with and is trying to improve: providing feedback.

“We wanted to build a unified language as a company around feedback,” Cheng says. “Previous methods were rooted in behavioral science—the compliment sandwich, right? Start with ten things and then end with something. Our new approach just has to do with being super specific. The compliment sandwich is meant to protect people’s feelings, but that tends to take care of itself as long as the person is being heard. Having a language where we all know how to talk about feedback creates this domino effect where people will learn from each other.” 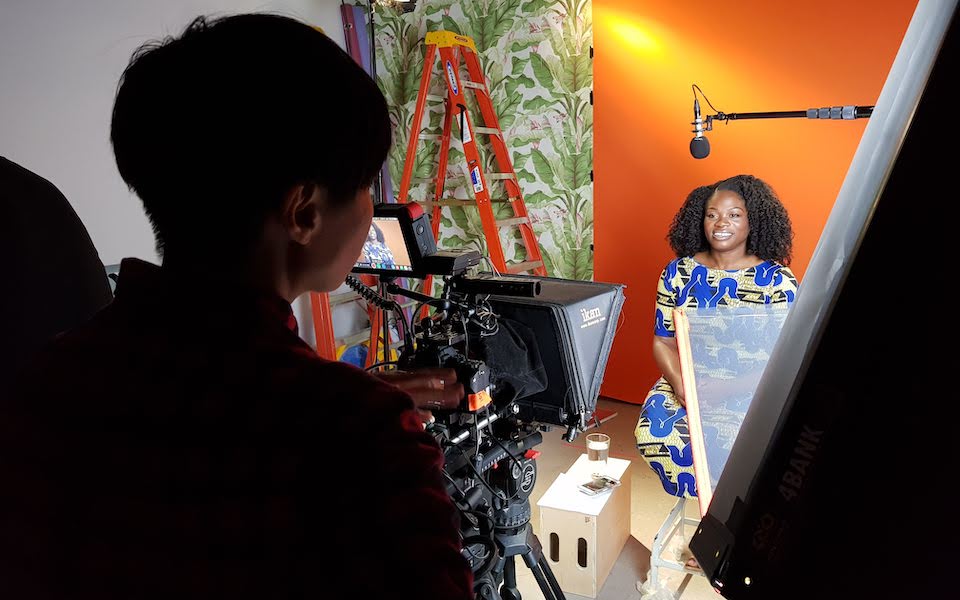 So—better brainstorms and feedback sessions are two takeaways from this talk with TED. But this wouldn’t be a Talk with TED (TM) without some prognostications on the future. With that prompt, Cheng and Haq both latched onto a similar theme: the value of ideas and an evolving definition of ownership.

“I think we're moving away from the current definition of productivity,” Cheng says. “Historically, it’s based on output in a certain amount of time. How much output can you create? And in many countries where manufacturing is the priority, that makes sense. But more and more as we're moving online, the value of creativity gets higher. Maybe this is tied to climate change, with people focused on using fewer physical things. Productivity is going to have a new definition, skewing towards ideas rather than goods.”

As organizations place higher value on ideas, so do individual employees. Haq ponders how the next generation of business and creative leaders will view their own intellectual output.

“I've been at TED since I graduated, but most of my peers my age hop from job to job every couple years,” says Haq. “I think a lot of people are interested in doing creative work ultimately for themselves. And so when that happens, what does that mean for the rest of us who create content as an organization? And how does that shift in the future? More and more people are creating their own websites and using social media to promote themselves and their personal brand. It’ll be fascinating to see how the state of content evolves over the next decade.”

Check out season two of The Way We Work here, and visit ted.com to learn about the organization.