As a member of Nickel Creek and Watkins Family Hour, singer-songwriter-multi-instrumentalist Sara Watkins has spent much of the last 20 years traveling the world from stage to stage. It’s a job that demands both being in transit and being connected to creative collaborators along the way.

We’re always curious how busy creatives find time to tune out distractions and nurture new ideas. So we asked Sara how she begins conjuring songs and capturing moments of inspiration after returning home from life on the road.

When you’re working on new songs, do you have a particular place you go to get in a creative frame of mind?

I find myself in little routines at different stages in my life, but there’s no one place I return to year after year after year to write a song. I wish that there were. I feel like that would be like a secret power or something (laughs). One thing that has been consistent is not necessarily the location, but I generally find that after I release an album, and I’ve been on tour with it, it takes me about six months before I feel like I’ve sent those songs off into the world, and have freed up a little bit of space in my life to take in new things. 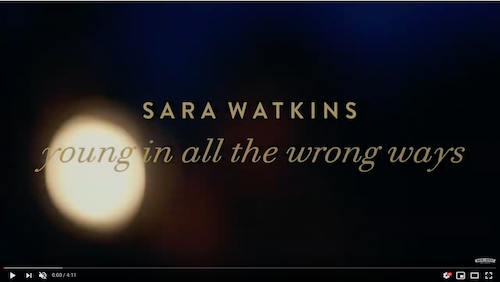 One thing that inhibits songwriting for me is a lack of life experience. And that has to do with being on a road for an intense or busy album launch… It’s a marathon of energy that requires a lot of stamina and focus. Once I’ve been able to get into that rhythm enough, I can get back to things like reading and thinking about the world and my friends and my relationships... At that point, I can actually absorb more life, and that ideally somehow gets metabolized in a way that gets me thinking about things, and eventually I have something to say.

So you don’t do a lot of writing while you’re on tour?

No. There will be little sparks of ideas that I’ll write down, but very rarely do I have the emotional availability to write a song. It’s a different part of my brain than the logistics of being on tour.

Do you need that time after your tour to decompress and unplug from that side of your life as a working musician?

Yeah, I get back into my domestic routine. I start taking care of the house and doing yard work, and washing dishes. And very often, a couple weeks after being home, I’ll feel a little more freed up, and I’ll notice thoughts coming into my brain that are more useful for songwriting.

“When I’m out in nature, it’s a place of quiet, a place of incredibly deep metaphors that have been around for thousands of years. That’s helpful for me to reconnect to."

Did your song “Take Up Your Spade” come from working in the garden or just a memory of gardening with your grandmother?

It’s both of those things. I was in Carlsbad at the time, working on some landscaping in the front yard. That’s a very medicinal thing for me to do that’s very much tied to memories of growing up and values that were instilled in me as a kid. That’s always been a healing thing for me to dig in the dirt. I’m not a gardener by any stretch of the imagination, but when I’m out in nature, it’s a place of quiet, a place of incredibly deep metaphors that have been around for thousands of years. That’s helpful for me to reconnect to. And that song was a reconnection. 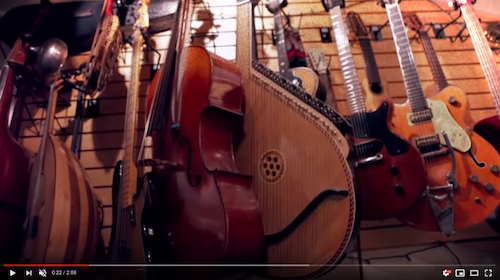 Do you rely on any particular technology to capture ideas at their earliest stages? Do you sing melodies into voice memos or type lyric notes into your phone?

Yes, that’s exactly what I do. There are so many voice memos from me driving down the freeway just singing a melody or a phrase. Generally, I’ll be thinking of a lyric and ideally that comes with some kind of shape of a melody that will capture the feeling. A lot of times, those words will change or those melodies will change a ton. But it’s helpful for me. I’ve never been someone who writes a melody and then finds words for it. Because for me, the music’s there to help convey the lyric. I have a hard time writing if I don’t have anything to say.

When I’m working on a fiddle tune, if I’m working on the music, it’s because there’s a feeling inside that I want to get out. There’s a Nickel Creek song called “Destination” that took many forms. It was unfinished for about two or three years. I began writing it on the road… It was a long stretch of time. And I was just kind of feeling ragged. And the lyric changed so much from its starting place, but it was always this sense of urgency and frustration of not being where I want to be.

“Eventually, I found the right source material in my own life.”

So I had this metaphor of a train never getting to the station. And I couldn’t figure out what to do with it. There were three entire different lyrics to it, using different metaphors, different examples, and ultimately, I put it aside until we got together with Nickel Creek… But eventually, I found the right source material in my own life, and I was happy with it. So even when the lyrics and the melodies don’t appear at the same time, throughout the changes, I almost always have some idea, vague shapes of either what the subject matter is going to be that’s providing the emotional content, or vague shapes of a melody that may or may not change, but they’re placeholders anyway.

So you focus on an emotional core that evokes a theme? That’s the rudder guiding the ship?

Yeah, precisely. And a lot of times songwriters will tell you that writing is sort of therapy. I think the reason it feels that way for me is it’s a reason to organize your thoughts in a way that you might not necessarily take the time for otherwise. In the cloudy murkiness of life, what might start for me is two pages of run-on sentence after run-on sentence, jumping from subject to tangent to unrelated thing that somehow feels like it’s all part of the same hairball in my life. Often at the end of a mess of pages, there’ll be some kind of statement that encapsulates what the thing is. It’s helpful for me because it’s that seed, it’s that essence behind everything, and that’s the therapy of it. It’s also helpful because then I have a focus point. If it’s something I want to write about and explore further, that seed often will come from pages of journaling and will accidentally come out. Then I’ll look back and say “Oh, that’s actually the issue, right there!” Then I can go from there.

“I was feeling really comfortable, and it was kind of terrifying. Because I don’t want that.”

That makes me think of your song, “Move Me,” which has that emotional urgency you were talking about earlier. Was that a cathartic song to write?

Yeah, I think there’s a hope for healing in all the songs on the album, Young in all the Wrong Ways. There’s a frustration, but a hope that in moving forward, you’ll be able to work through it, and get to the other side of it, and move past your comfort zone.

I think a lot of Young in All the Wrong Ways was written while I was becoming aware that I was at a point in my life where I realized, “Oh, I could just stay this person for the next five years very easily.” I could just go to the same places, go to the same restaurants, listen to the same music, think the same thoughts, have the same opinions. I can chill here for a while. I was feeling really comfortable. And it was kind of terrifying. Because I don’t want that… There’s time for that when you’re far older, but I’m not ready.

I don’t want to be the same person in five years… I don’t want to be repeating myself or quoting the same people or arguing the same points. I want to try to respond to the world as if I’ll stay and be challenged by things that make me uncomfortable and analyze “Why does that make me feel uncomfortable?” and not take that as a cue that it’s something I don’t like, but instead, something to be curious about.

And I think it spans into every area of my life.So that album is not necessarily about a romantic relationship, but my relationship with myself, and my relationship with the world around me, and not wanting to get stuck, but instead being willing to start the engines and see the turbulence, and recognize that that’s positive confirmation of forward motion that I was really craving.

“Move Me” came from a few different things.I was flying into Miami late at night, and I was looking down at the lights, and the coast of Florida is full of nooks and crannies, and gorgeous swamplands and bays. But from the sky at nighttime, all that you see are the square straight lines and straight angles. It’s like a connect the dots of the coastline. And I thought, “That’s so typical. That’s what humans do. We want things to be clear and straight. And that works for us. That’s helpful for us. Obviously, we want our telephone lines to run the most efficient path, from A to B. But that doesn’t necessarily benefit us in other areas of our life. So then I started exploring that a little bit.

One one last question: Do you use Dropbox. If so, how do you use it?
I’m an avid Dropbox user… I use it to send large audio files—large files of any kind, really, but mainly audio files like album mixes that I store on Dropbox and save to my device. About a year and a half ago when I’m With Her (the collaborative project with Sarah Jarosz and Aoife O’Donovan Ed.) was getting a bunch of demos together, we shared them on Dropbox and accessed them all that way.

To learn more about Sara and her latest album, Young In All The Wrong Ways, go to sarawatkins.com.

To find out how Dropbox can help you find focus and finish your creative projects faster, check out Dropbox Paper.