In tribute to teams that bring movies to life, we're talking with producers, directors, writers, editors, and other crew members to learn how they collaborated and completed their films despite the isolation and distance cause by pandemic lockdowns. Today, writer/director Christopher Makoto Yogi and casting director Akemi Bischoff discuss the making of I Was A Simple Man, a new feature film which premieres January 29th at the 2021 Sundance Film Festival.

Losing a loved one is an extremely personal experience and one that many of us prefer to keep private. But for filmmaker Christopher Makoto Yogi, his own experience with death in the family was the influence behind his most recent film, I Was A Simple Man. Premiering at Sundance 2021 as a dramatic narrative feature film, it tells the story of an elderly man facing the end of his life, visited by the ghosts of his past.

Yogi shared with us moments from his life journey that inspired the film and Akemi Bischoff, casting director, talks about the unique approaches she took to make sure the film told a true and honest story of the people and culture of Hawaii.

Dropbox: What are the origins of the story?

Chris: More than a decade ago, I was going through a period in my life where I experienced a lot of death in the family. I lost my father to cancer, then I lost a grandfather to suicide, and then I lost another grandfather to cancer, and it was all in within the span of a few years. It was a really disorienting time. I turned to writing to try to process it all and the specific moment that stuck with me was when I was in the room with my second grandfather that passed away in 2009. I was in the room as he was passing away in his bed and he was going through something emotionally inside. He was talking to people who weren't there. At the time, it was a pretty terrifying experience for me, but in retrospect, very profound and very beautiful. The feeling I had of being in that room stayed with me. So I just held on to that feeling, and I wanted to capture that in a movie.

You’ve been working on the production process for the last 10 years. What's been one of the biggest takeaways for you?

Chris: It's all about finding like-minded collaborators. It's really an ineffable thing. Things like do they have the right spirit? Do they have the right vibe? Do we like being around the person? Because you're gonna be around them for a long time. When they read the script, does it emotionally move them? Because if it does, then we know that this is probably someone that could bring a lot to the film.

Akemi, how has your personal experience shaped how you matched actors to the roles? What were you looking for that they could bring to the story?

Akemi: Both Chris and I so love Hawaii. We love the people and the culture and that’s what Chris wanted to showcase—the beauty of Hawaii, not just the scenery, but what the people bring. So what I brought to the team is what I specialize in—street casting. My goal was to bring in new faces and real people of Hawaii, not so much actors. So I just kind of approach people randomly and say, “You have a great look. Do you want to be in the movie?”

“We love the people and the culture and that’s what Chris wanted to showcase—the beauty of Hawaii, not just the scenery, but what the people bring.”—Akemi Bischoff

Could you describe how you collaborated remotely? Did you process change during the lockdowns?

Chris: Even though we shot this pre-pandemic, I was at the time in pre-production living in New York City, and Akemi was in Hawaii, on Oahu. So there was still a lot of remote work. I would come to Oahu for a week or two and then leave. We were doing much of it through Dropbox, actually.

Akemi: I love Dropbox. I use it for everything. I have it on my computer. I have it on my phone. Most of the people I interviewed were just regular folks. I'll have just met somebody I really liked and I tell Chris, “Hey, I got this person. Do you want him to read for [the part]?” So I invite them to my house and we shoot the video via my iPhone. I think it makes them more comfortable, too because it’s not a studio. So I record that and upload it to my Dropbox and share it with Chris so he can watch it, almost simultaneously. Then we'll give each other feedback and he can edit it from his end and add comments. That's how we were able to cast long distance for such a long time without really having to worry about studio costs. Everything went into a Dropbox folder and it was very flexible.

Chris: The one thing that was cool about Akemi’s process is that it was all about those first meetings. They're really almost like documentary interviews. Just trying to get a vibe for who they are as people first, then maybe having them read a few lines just to see what the cadences are. From there, we would call back people and then have them read the scenes on camera.

After the casting, do the actors or other crew members shape the story and does the film keep developing organically because of the things that they bring to it?

Chris: Absolutely. I'm always adapting the character to the spirit of the person. In that way, even in a trained actor, I'm trying to find something honest about them, and trying to really bring that out through the character. For example with the lead of Masao, played by Steve Iwamoto, he had never acted before. I wasn't trying to turn him into something that he wasn't. I was trying to honor what drew me to him in the first place. And I’ve noticed even with myself when I'm on set, if we're just executing something that's already in my head, I quickly get bored. I usually tell them, “Start improvising” or “Let's bring some life into this thing!” That's how I keep myself engaged.

How has this story impacted people? What do you hope people take away from this film?

Chris: What has been most surprising to me is that because of the pandemic, the themes of our film have actually been brought to the forefront of our minds. And throughout the process, I’ve seen the script open up a space in which people have felt open to share the stories which otherwise would be, in our culture, kind of weird to just open up about. I think we're trained not to speak about death and loss that much. So even though I had written this very specific story about a very specific person, inspired by my family, I realized over the years this became a space in which people could talk about mortality and death and all these things that are universal that we all deal with. 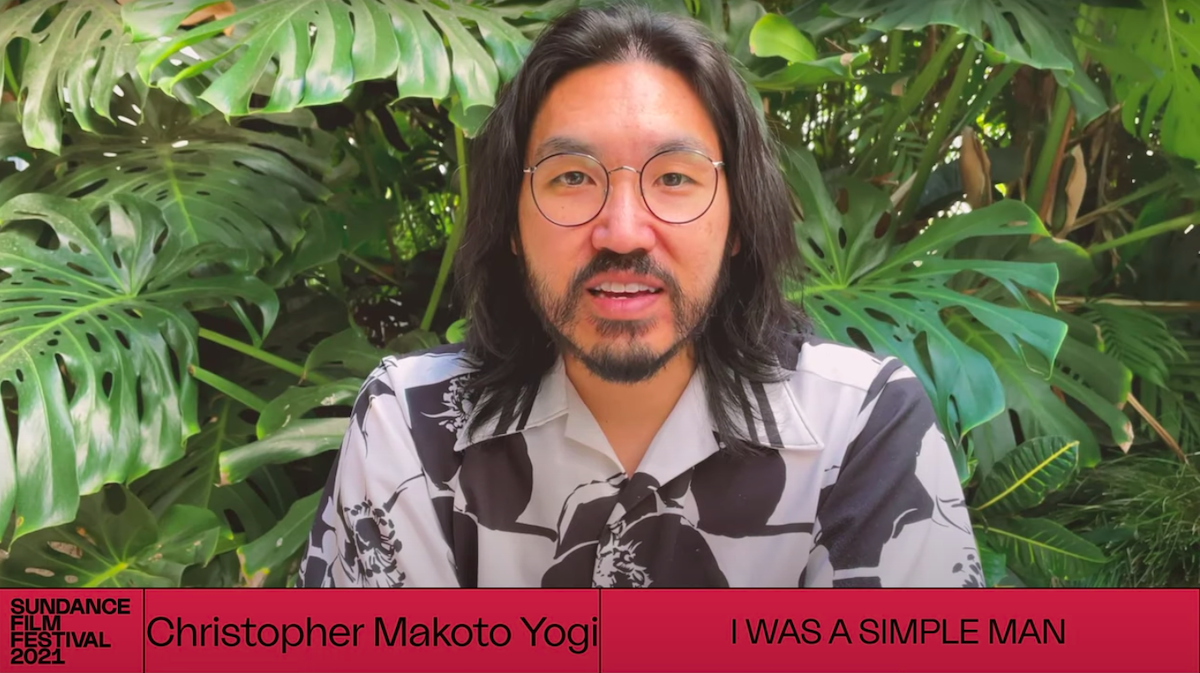