What does it feel like to truly be in flow—that moment where work stops feeling like work? At TED2019, we asked hundreds of attendees, from salespeople to CEOs, to answer this question by filling in a series of blanks by choosing from a bank of 16 words. 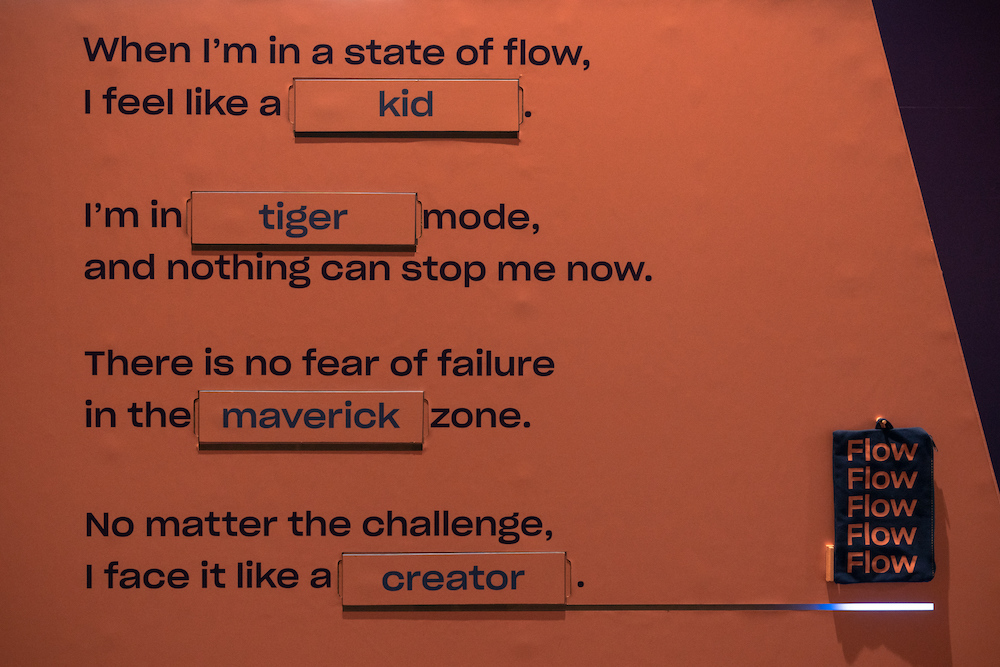 Three days and more than 2,000 selections later, we checked to see which words participants had picked most. 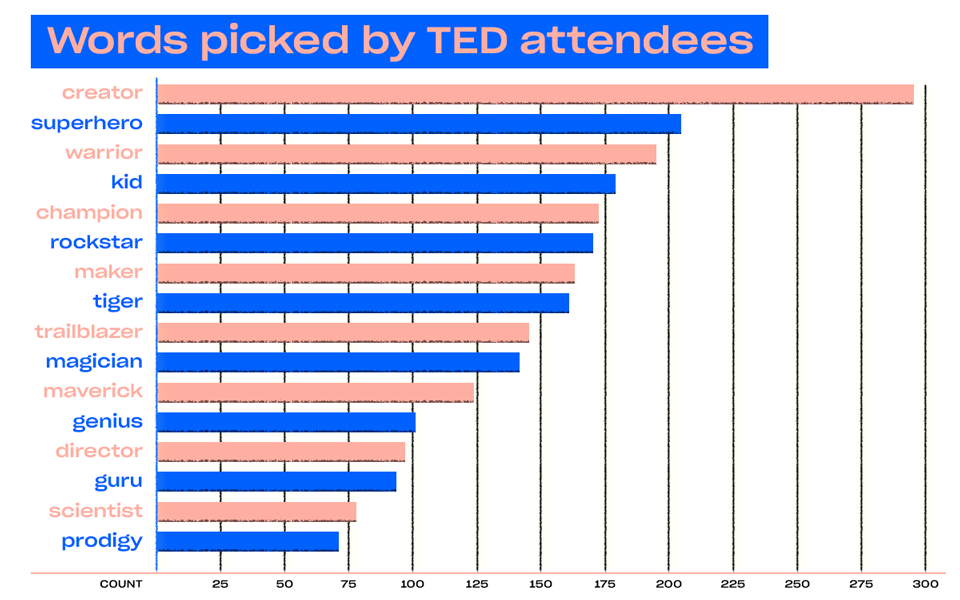 “Creator” was the #1 overall word, selected 292 times by TED attendees. The act of bringing something to life—creating something from nothing—was a consistent theme for guests at our booth as they composed statements about “flow.”

“Especially at TED, everybody wants to create new things,” said one attendee. “It’s also flexible: it applies to so many different disciplines.”

Next most popular was a pair of powerful words: “superhero” and “warrior.” Many guests championed a more proactive approach to flow, saying it takes the tenacity of a warrior or strength of a superhero to push through distractions and get to the right mindset.

“’Warrior’ is strong. It’s brave,” said a participant. “That’s the mindset I want when I’m working…or trying something new.” 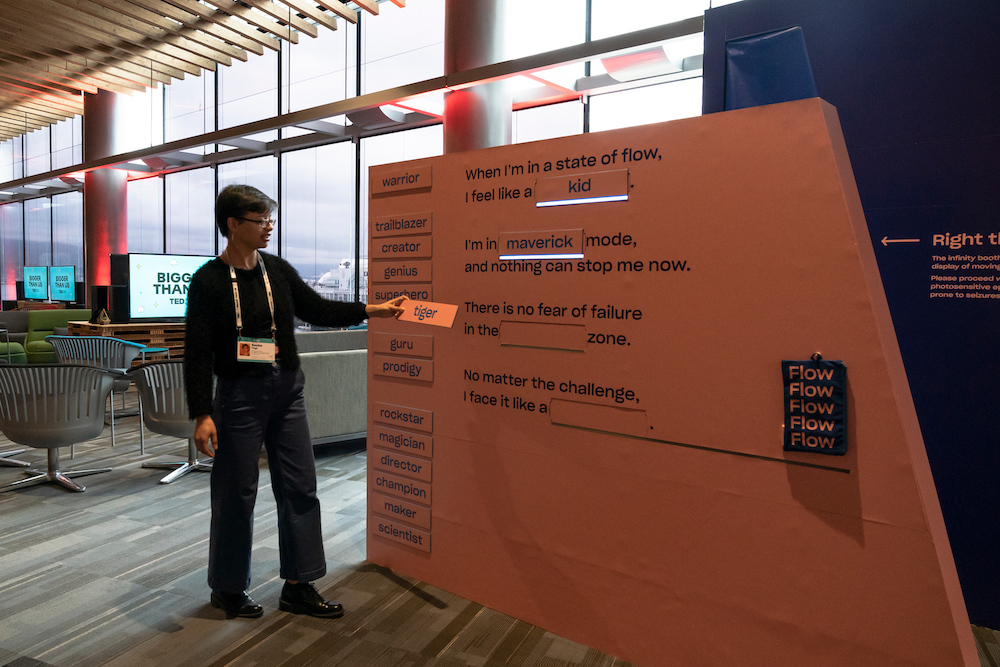 That said, “kid” was similarly popular, despite carrying a much different connotation. Some attendees pointed to the wonder and imagination of childhood—a feeling they wished they could harness more in an adulthood filled with growing responsibility and routine.

“I chose ‘kid’ because when I’m in flow, I stop feeling self-conscious,” said another participant. “I just go and do.”

Intriguingly, a few attendees chose both “kid” and “warrior” at once, arguing that two words share a certain fearlessness—a boundless optimism that chooses to look forward, rather than to be jaded or resigned.

Meanwhile, words like “prodigy,” “guru,” and “genius” were among the least selected. It’s possible some guests didn’t want to come across as boastful or too self-important. Still, it’s telling that many participants gravitated toward whimsy (ex: magician), humility (ex: kid, maker), or scrappiness (ex: tiger, warrior), rather than erudition. While flow comes to everyone in different ways, it’s clear it’s not only reserved for virtuosos or once-in-a-generation talents.

And it turns out it’s also not just for individuals. “We’re actually seeing a lot of people wanting to share this experience, even though it was originally made for one person at a time” said one Dropbox employee about our interactive pop-up at TED. “They’re choosing words in groups of three and four, with each person picking a word to complement the others. Then they’re going into the experience together. For many people, flow is less individual, more collaborative.”

After completing their statements on flow, participants experienced a kaleidoscopic presentation with words, phrases, and colors tailored to their selections. See some photos from the experience below:

To learn more about how Dropbox is thinking about flow in the workplace, read our series on how modern teams want to work.