Dr. Kenneth Paul Rosenberg spends his days caring for patients as a psychiatrist, then somehow finds time to make movies in the gaps. His latest film, Bedlam—which premieres at the 2019 Sundance Film Festival—brings his two passions together in his most personal project yet.

The documentary follows a handful of mentally ill individuals as they struggle to overcome their diseases, find work, or simply stay out of prison. Most strikingly, the movie shows just how much the system has failed these people, despite the heroic efforts of under-supported and under-paid mental health workers.

“The plan was to shoot the film in a week or a month maybe and get it done,” says Ken. “But the material demanded that we show people over the course of time.” Indeed, what begins as a single portrait of chaos in the hospital becomes a multi-year journey of relapses, small victories, and heavier defeats. Shot over five years, we see the same families and patients as their stories unfold. Some make progress, but others struggle to find footing, even years later.

“You can’t capture that humanity unless you live with someone and know them,” Ken says. Even while training as a doctor, Ken started making movies on the side. He found medical school boring in comparison to the stories he could tell with a camera and crew. “What I saw in the power of film was the power in collapsing years of life into 30 or 60 or 90 minutes.”

"There was a reason I was making this film and until I put myself in it, the audience never knew the reason."

Ken points to his sister, Merle, as a motivation for both his career in general and Bedlam in particular. At an early age, his sister was diagnosed with schizophrenia. His parents, who Ken believes thought they were doing the right thing, refused professional help and kept Merle’s illness a secret, even after she leapt from a second-story window and broke nearly every bone in her body. After Ken’s parents passed away, he did all he could to get help for Merle, but she repeatedly turned down any assistance. She died, alone in her bed, at 55.

Ken hadn’t been planning to include his own story in the film, but over time it became clear his own sorrow belonged in the movie. “There was a reason I was making this film and until I put myself in it, the audience never knew the reason.” When he saw other people willing to share their pain and talk about their frustrations, that also gave him confidence. “The people in the film gave me the courage to say, ‘You know what? If you're going to do it, I'm going to do it.’”

Director Ken Rosenberg (left) and Patrisse Cullors (center), whose brother Monte is featured in the film. 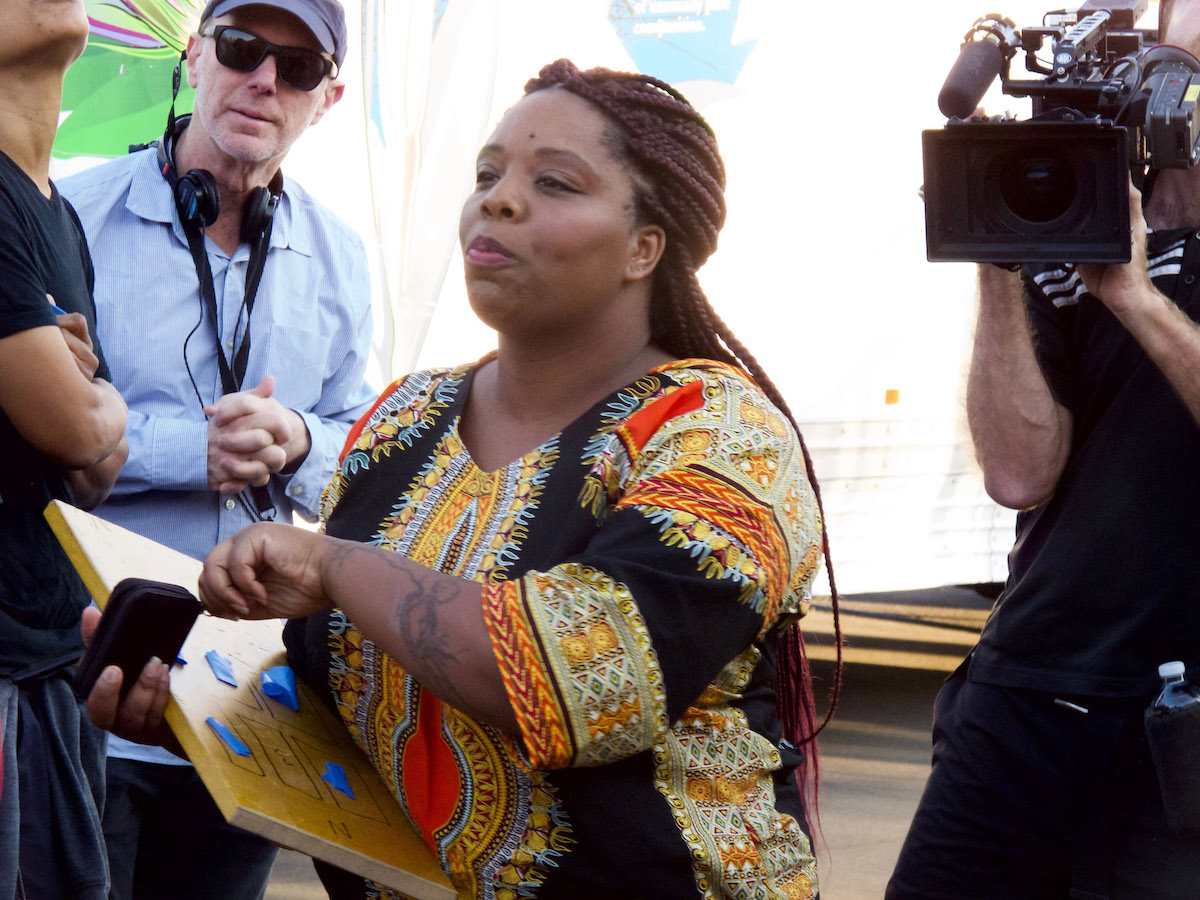 In a scene that was particularly difficult for him, Ken revisits his sister’s room. It’s the same room where she jumped out of a window, and later died—a visit he’d avoided for 40 years. He wasn’t sure what would happen. “That's the beauty of documentary. You have to set everything up until you're ready. But then you have to completely abdicate control. If you don't abdicate control, you have nothing."

Ken maintains he wouldn’t have been able to go through with the visit without the trust and support of his film crew and close friends. “The only way I was able to do it was with my community. That meant Peter Miller, the film’s producer, Lynn Novick, my partner, Joan Churchill, director of photography, co-producer Bob Richman, my cinematographer, and people who I know and trust to go with me.”

Ken and Peter also pointed to several other crew members who were vital to both that scene and the film at large. They mentioned Alan Barker, a sound recordist and co-producer who brings together the noises, beeps, and yells of a busy emergency room. They praised film editor Jim Cricchi for knowing how to assemble so many different people’s stories into a cohesive whole. And they pointed to Joan Churchill—director of photography—who has a knack for capturing small moments of human emotion in otherwise complicated scenes. To see Joan’s shot linger on a mental health worker in a moment of exhaustion, or to pause on a patient as he sighs in resignation, is to temporarily live in a world that so frequently gets ignored.

“We have to talk about something which has been kept in the shadows and is kept hidden,” says Peter. “The courage to speak out, the courage that Ken had to tell his own family's story and the courage that the people who he filmed had to reveal their lives is all part of the necessary process of bringing serious mental illness out into the open. Because until we tell these stories, we can't build the national movement that's necessary to solve this problem.”

Ken and Peter emphasize that this failure has come from several different places, including the psychiatric community itself. “I think where psychiatry has been faulty is we have not advocated for [the seriously mentally ill]. We've kind of stood on the sidelines and said, ‘Sure, if you're not going to pay for this, we'll just do something else.’ That is wrong of my profession. That is wrong.”

The film doesn’t let the government off the hook either, pointing out the problems with our over-crowded prisons, and the lack of funding for the kinds of institutions that could truly treat the seriously mentally ill on a long-term basis. But Ken and Peter stress that we shouldn’t wait for any one administration to step up and solve the problem.

Bedlam is partly Ken’s own story, but it’s also his plea: to admit that our current solutions aren’t good enough, to give mental health workers more money and resources, to reach back out to the millions of people whom we so often abandon.

Beldam premieres at the Sundance Film Festival on Monday, January 28th in the Egyptian Theatre.