How do you shoot a movie in the deep woods without WiFi or cell phone service? Lawrence Michael Levine and Tracy Dishman explain how they managed to capture Black Bear and bring it to Sundance.

Already being hailed as “spectacularly trippy,” “witty and razor sharp,” Black Bear features a twist so unconventional and unexpected, it seems destined to be one of most talked-about premieres at the 2020 Sundance Film Festival.

“I've been doing a lot more conventional style script writing in the last five years,” explains writer/director/co-producer Lawrence Michael Levine, whose previous films include Wild Canaries and Gabi on the Roof in July. “I wanted to do something more spontaneous and experimental and free.”

Black Bear stars Aubrey Plaza as Allison, a filmmaker who retreats to a lake house in the Adirondacks to try to break through writer's block. The house is owned by Gabe and Blair (Christopher Abbott and Sarah Gadon), an artist couple who make the house available to friends of friends who need a getaway.

Over dinner on Allison’s first night at the house, the wine flows and the conversation becomes increasingly candid. Soon, the couple is arguing over everything from family issues to feminism to finances, seeming to test the newcomer to see whose side she'll take. Alliances shift like a ball rolling around a labyrinth game board. As tensions rise and the drama unfolds, the characters prove to be equal parts sympathetic and suspect.

It's a masterful depiction of the power dynamics and shifting alliances that can arise when a new person enters the fold and threatens the delicate balance of a relationship. The film has a fascinating way of forcing you to see disturbing circumstances from different points of view.

“I wanted to do something more spontaneous and experimental and free.” —writer/director Lawrence Michael Levine

“I didn’t want to explore a particular issue. It’s a much more dreamlike film,” says Levine. “The process of writing was more subliminal. Once I was able to read the script a year later, I read it like any other director would read it. I try to do this with all my movies anyway. As I think about the best way to film it and turn it into a set of images, I try and divorce myself from the material. When I'm about to direct the script, I always try to read it like I didn't write it.”

Levine says that allows him to step back and view the story more like any audience might. “I can see the themes that emerge, which were betrayal, people feeling love that they couldn't communicate well, or love that was doomed because of fatal miscommunication.”

As it turns out, struggling to communicate was a theme the making of Black Bear as well.

“The location was really remote,” Levine says. “It was deep in the Adirondack Mountains. On screen, we got some iconic images. The film opens with the main character sitting on the dock, looking out over a lake. I imagined on the other side of the lake, there was nothing but trees. It was really hard to find that.”

Of course, being that remote also had a downside.

“We had no cell phone service,” says Levine. “I mean, there were patches. Frequently, you would see people wandering around the property holding their phone in the air looking for anything. One bar. If we wanted to get WiFi, we had to drive into the nearest town which was about 25 minutes away,” says Levine.

"Not having WiFi also signifies that we're really outside of civilization, completely off the grid. All of our skill sets had to get adapted to what we did have available to us.”—Tracy Dishman, production designer.

“For the first few days, everyone had a nervous breakdown and a digital detox,” says Tracy Dishman, the production designer on Black Bear. “There was a scramble to make it work. Like, ‘We have to have Wi Fi. We have to have cell service.’

After a few days, the crew realized they’d have to resort to old school communications.

“We left each other notes,” says Dishman. “We had meeting points. We knew the spaces where, if you go up over this mountain and stand next to that tree, you'll get a few bars.”

Ultimately, the circumstances ended up honing their ability to find workarounds on the fly.

Dishman says they also had to figure out ways to work without other services they used to rely on. “We're not overnighting anything off Amazon. We're not going to the 24-hour Home Depot down the street. Not having WiFi also signifies that we're really outside of civilization, completely off the grid. All of our skill sets had to get adapted to what we did have available to us.” 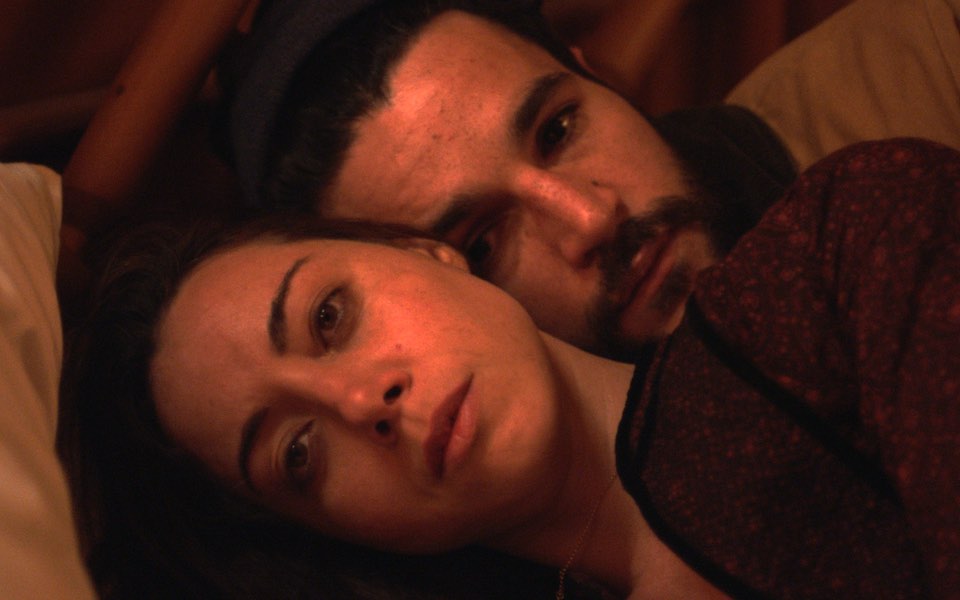 The digital detox wasn’t the only challenge the crew encountered.

“Our main set was a cabin that was on solar panels,” says Dishman. “So every night when the sun went down, we would lose all power as it was switching from the electric grid to the solar panels. At a certain point, you can only be mad about it for so long, then it just gets funny, you know?”

“We chose a really distinctive location, which was important to the movie,” says Levine. “But this location was huge and had a ton of windows. We didn't have the money to tent the house or black out the windows. So we couldn't shoot any night scenes during the day. That necessitated a schedule that was entirely night shooting. In the summer, there's only eight hours, which is not a lot of time. Usually on a film shoot, you'll shoot 12 hours minimum, and maybe you get up to 18 hours with overtime, whereas the longest I ever had to shoot (on Black Bear) was eight hours.”

"We start accumulating so much content that, as crew members join the team, I'm able to get them onboard with just one link."—Tracy Dishman

To get as much done as possible in a short window of time, the crew turned to technology. “It buys us time where I'm able to communicate with my crew instantly and in different locations,” says Dishman. “I'm able to get everyone up to speed. That's what we use Dropbox for. We start accumulating so much content and information that, as crew members join the team, I'm able to get them completely onboard with just one link. Technology allows us to speed up our process."

Working at an accelerated pace can take its toll, though. Soon, the crew weren’t just running low on time. They were running out of energy.

“One thing I learned about shooting that many nights in a row is it doesn't really get easier,” adds Levine. “Your body did not acclimate to that schedule. I just felt more and more tired. So the crew is exhausted, and they're pushing through this exhaustion and working as hard as they can. There's something inspiring about it but also pretty grueling.”

“Night shoots in the wilderness were a challenge,” says Dishman. “On the other hand, it was such a special experience. I don't know the last time that you spent a month in the woods, but it had been a minute for me. Literally at lunchtime, everyone would go down to the dock and jump in the lake and lay out on the dock, and recharge.”

“You can only be so miserable when you're in the middle of such intense beauty,” she says. “We're out on the lake. It's so gorgeous. People are on the water. We're all there getting caught in the image of it. It was just one of those moments where it's like, ‘This is a special project.’ I was just really grateful to be there.” 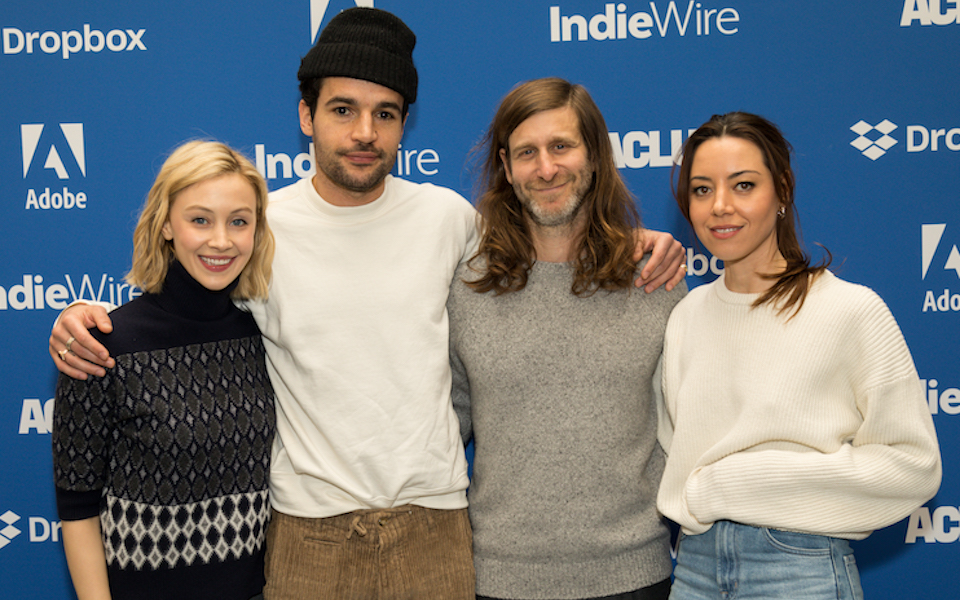