"When I work with other artists and producers, the working process is very efficient. We get to a goal quicker." 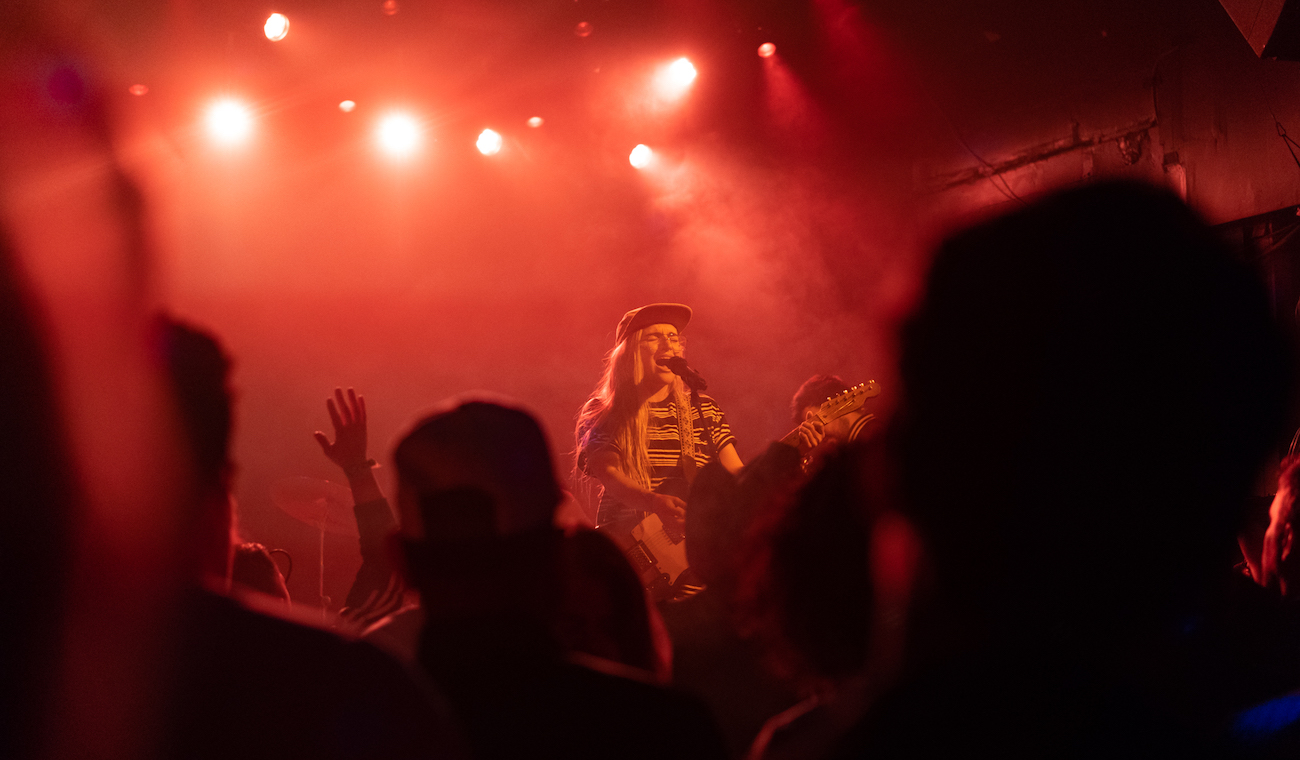 Photo by Cody Rappaport
Filed under

Last February, Australian musician G Flip uploaded her track “About You” to the Triple J Unearthed website, where fans can discover new music from emerging artists. Within hours, the track became a viral hit, quickly earning rave reviews from tastemakers like Pitchfork.

Within weeks, G Flip was performing her first solo show in front of an audience at SXSW. That was just the beginning of her rocket ride. Since then, she’s signed with Future Classic and toured internationally.

So how is Georgia Flipo navigating the journey from rock drummer to pop star to sought-after collaborator? Here’s what we learned during a recent interview.

As someone who’s famous for her skills as a DIY solo artist, could you talk about the transition to becoming an in-demand songwriter? What do you gain when you’re teaming up with other artists and producers?

I think when I’m working by myself, I’m a lot more critical of myself, and the process seems to go a lot slower. When there’s someone else in the room and I have a melody idea or a hook idea, they’ll normally say, “Go with that! Go with that!” When it’s just me in the room, I’m way more critical. I think, “Oh, that’s rubbish.” I find when I work with other artists and producers, the working process is very efficient. We get to a goal quicker.

Can you describe your experience of collaborating other artists and producers?

So it’s just a decision-making process after you’ve given them a lot of options?

Yeah. Decision making and choosing which melodies work with the song. That’s one way that I write things. The other way is, if I’m feeling extremely emotional or I have such peak emotions about something that’s happening in my life, I feel like that draws a lot of inspiration. Then I can just sit down at a piano and just go for it and sing and cry. A lot of songs come out of that. But it’s always a different songwriting process with me. I’ve also got songs from back when I was 15 or 16 that I feel like I need to go back and patch.

When the songs start with a personal story or a strong emotion, do you feel more reluctant to share them with collaborators? Are there some that feel like “I’ve got to guard these because they’re too personal”?

Not really. I think pretty much my life is an open book. Part of the reason I like collaborating and working with other producers and artists is because I’m a pretty outgoing person. I like meeting new people. I’m not very shy. I probably give them too much information, if anything, about my feelings and emotions. So that doesn’t really cross my mind. Last week, I met up with a producer that I’d never met in Melbourne and I wrote a very deep, personal song. I’m not one to shy away from that. If the music speaks to you and the emotion comes out that way, that’s how you convey your emotions.

Do you ever have any tensions or disagreements you have to talk through? Did you ever have to make compromises that either hurt or strengthened the song?

I’ve never really had a disagreement. I’m very hands-on with everything. I’m a producer as well, so when I work with producers, they get a bit of a shock cause I’ll just jump on their computer and start adding new keys, you know? I’m pretty direct and straightforward and I voice my opinion. No one’s seemed to clash heads with me yet, which is good.

To be honest, they’re probably scared of me because I’m so bold! I’m just like, “That’s not how it should sound. You need to put distortion on that or we need compression on that.” The knowledge I have of production helps as well, because I can make the producer understand what I want. But so far, that’s never come to a disagreement. I might say, “I want that track to sound dirtier,” and we might compromise and make it 60% dirtier instead of a full 100%. 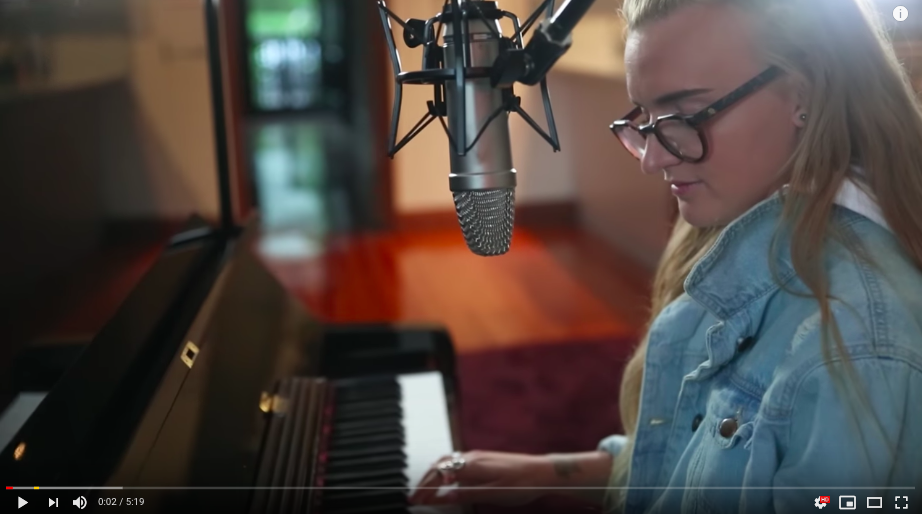 Do you ever collaborate remotely and pass ideas to each other over email or Dropbox?

I’ve done collaboration through Dropbox, adding production ideas. The producer will send me the stems or files, and I’ll add my thoughts and ideas and send it back, and see what they think. It’ll get sent back to me and I might record it a bit better. In terms of lyrics, I normally write all my lyrics, actually. I think there’s one other artist, a pop writer. She’s a really good friend of mine. She tends to be the only one I like writing lyrics with me because I feel like we’re kind of the same person. We grew up in the same area in Australia. We’re the same age. We seem to like the same things. Other than that, most of the songs I write, I tend to write by myself in my bedroom. Or I’ll put pen to page in the studio when we’re writing. I might go to a producer and be like, “Do you reckon I should end it on this line or this line?” They definitely help me there.

“I like to sing as many melodies as I can off the top of my head and just leave my phone open on voice memos, recording.”

Where do you take it from there? Do you use those to create demos? Do portions of those early ideas ever get incorporated in final mixes?

It kind of depends on where I am. If I’m at home, I’ll take the melody that I might’ve sung in the car, then I’ll go down to my studio, sing the melody, and put piano chords to that. Then I might record into Logic, the piano chords and melody hook. Then I’ll work out production from there. Normally, I’ll take a piano part and find a synth part that flows with those chords. I normally start with a simple vocal and key, then it grows from there, the rest of the instrumentation fills out.

"I’ve done collaboration through Dropbox, adding production ideas. The producer will send me the stems or files, and I’ll add my thoughts and ideas and send it back." 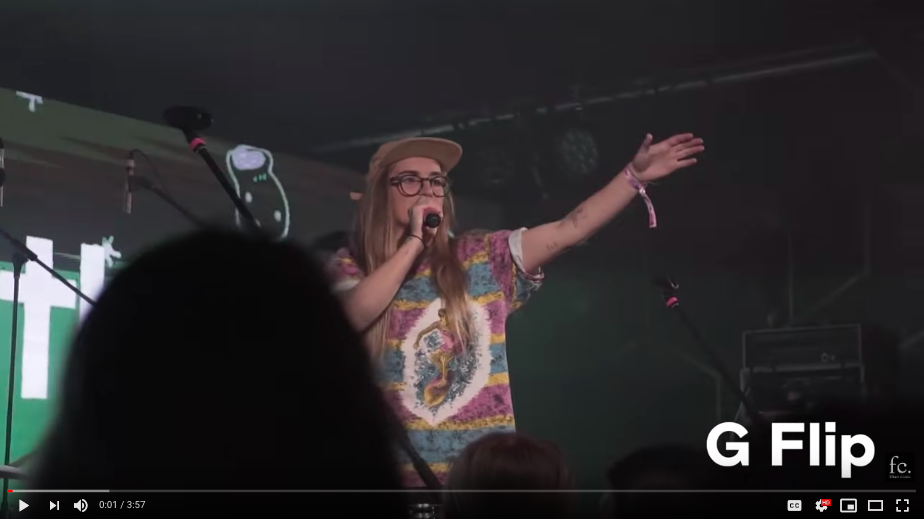 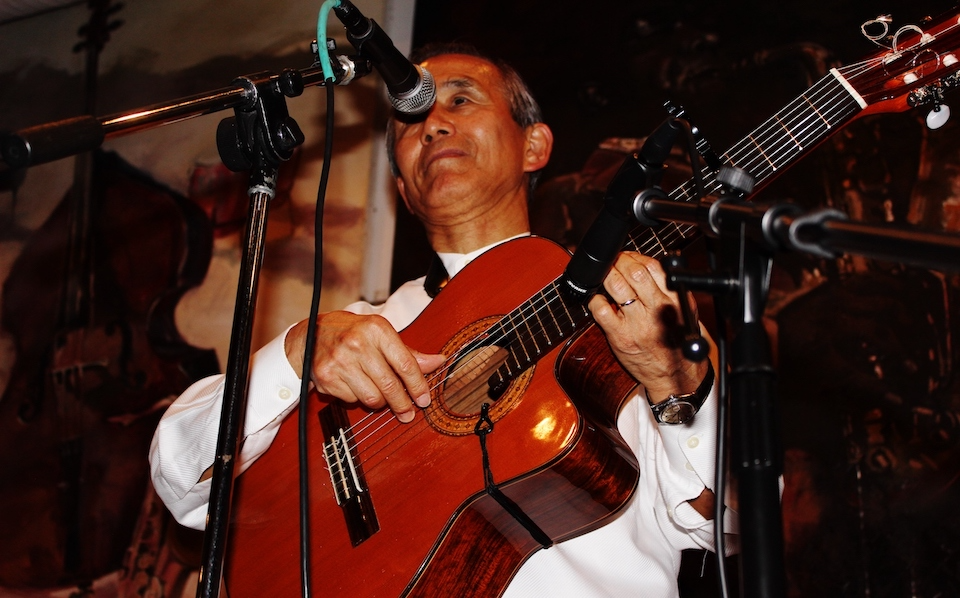 What inspired your evolution from a rock drummer to pop songwriter? Was there a moment in your former band when you thought, “I want to do more than keep the beat”?

I was always working on songs, but it was always behind closed doors. I’d never show anyone. And then as a drummer with EMPRA and other bands, I started singing in front of other people. After EMPRA, I was kind of lost about what I should do next. Frequently, I’d had this dream of doing a solo project. I just felt like the time is now. I went back through all of the songs I’d written over the years. And I just taught myself how to produce my own music.

How does your expertise as a drummer shape the way you write songs? Do most songs begin with a beat? Or does it influence your vocal phrasing and the way you build arrangements?

Yeah, I think being a drummer definitely influences all of that. Especially the vocal phrasing. My vocals are very rhythmic. I normally don’t start with a beat. I normally start with a key vibe. I just find that to be a way more expressive instrument, easier to convey emotion. It’s hard to draw raw emotion when I start off with drums. But I don’t know. I’m going to the studio today, and I might try starting with a drum beat.

After starting out as drummer and finding success behind the kit, did it surprise that you had such strong songwriting skills right out of the gate?

It definitely did surprise me. I wrote those songs in my room. I wasn’t sure what everyone was going to think. All my friends and my parents would tell me my songs were good, but getting a public reaction, I wasn’t too sure. I do remember making up songs in the schoolyard.

Even when I had schoolie, which is like spring break, I remember writing with my friends, songs all about partying. I think I’ve always been able to put together feelings together with annoying, catchy melodies. But doing that in a serious setting… it was like, “Now I’m going to get a public opinion about these songs.” I just really like melodies. I think it’s my favorite thing about songwriting and collaborating. Just trying to get the most hooky melody possible, and trying to get hooks into every single percentage of the song.

I hear your first show was at SXSW. How did that go? Were you playing with a full band?

I’d called my mate, Toothpick, who I met on the road years before. He lives in Colorado. I said, “What are you doing, mate?” He said, “The band I was playing in just fell out. So that’s not going on anymore.” I said, “Some crazy events have happened and I’m playing my first show at SXSW. Would you like to play with me, man?” He actually quit his job, moved to Melbourne, and slept on my couch for a couple weeks, and me and him put the show together. We basically just brought all the equipment we had in our bedrooms.

Now we look back and laugh at it, how the show at South by ran so smoothly with all this equipment up there. It was pretty dodgy. We needed a third member in the band. My management helped me find a third guy. We just gelled so well. Now [we] are this great trio. Those boys are my best friends. We travel well together. They really are like my brothers.

How did it feel to go so quickly from releasing “About You” to gaining attention from Pitchfork and others?

I spent a whole year putting the project together, and teaching myself how to produce before I even had management. I actually felt like my whole life has been working toward this G Flip project. It’s funny. When I look back, all my stage experience made sure I was confident at my first show, singing backup vocals, singing at my cousin’s wedding last year, which made me even more confident singing solo. These are all little elements in my life that helped me pick up skills along the way. It felt like it was a meant-to-be situation.

Did it take you by surprise? Did you feel ready for that rocket ride?

Before I released “About You,” I was already getting the live show together, and getting a band together. I wasn’t too sure how that was going to go. Then, definitely, when it blew up, it was a surprise. The shows I’ve played and my experience made me feel like I was ready. So I wasn’t scared at SXSW, which was my very first show ever. There was a power-taking moment where I was like, I’m going to take the mic and step off the drums, and that was the first time I’d ever done that. It’s been an absolutely memorable and crazy ride.