Most people might be reluctant to mine a miserable work life for laughs. Not Linas Phillips.

In tribute to the teamwork it takes to bring a story to the screen, we’re talking with Sundance filmmakers to find out how they work together from script to final cut. Today, we’ll hear from Linas Phillips, writer/director of The Ride, a new episodic show produced by The Duplass Brothers and premiering at the 2020 Sundance Film Festival.

“[The Duplass Brothers] were coming up with ideas for a web series,” says Phillips. “Jay knew I was a Lyft driver in real life and kind of struggling because I’d recently moved back to LA. He was like, ‘Do you want to make a show about how horrible your life is?’ And I was like, ‘Yeah!’”

After writing, directing, and starring in movies such as Rainbow Time and Bass Ackwards (also produced by The Duplass Brothers), Phillips now had a chance to turn his daily interactions as a driver into script ideas.

“When someone’s getting out of the car, I'll just open up voice memo or video and talk about it really quickly,” says Phillips. “So I can capture that energy like you're talking to a friend about it.”

The Ride follows the adventures of Wayne, a low-rated Lyft driver and aspiring spiritual teacher Phillips describes as “a mix of Larry David and Fred Rogers.” At the start of each episode, we see Wayne going through his morning routine: burning sage, blow drying his hair, greeting his gecko, and reciting a litany of New Age affirmations to the bathroom mirror.

The Ride  follows the adventures of Wayne, a low-rated Lyft driver and aspiring spiritual teacher Phillips describes as “a mix of Larry David and Fred Rogers.”

“A lot of my passengers give me a bad review, but that’s okay,” Wayne tells himself. “Because deep down inside, I know a part of them has asked the universe for me to be their driver. Because I can teach them that we no longer need to live in pain if they can just learn to let go of their thoughts and surrender… to the ride!”

The line is punctuated by a burst of satiric sitar music that perfectly sets the tone for the hilariously awkward encounters to come.

“My composer, Braedon Speakman, is really talented,” says Phillips. “When we were making the score, we still wanted to have a little bit of a bad New Age-y song, but that's still earnest enough. The show is sort of earnest, but it’s also making fun of Wayne and his New Age-y interests.”

As a musical reference, Phillips sent Speakman George Harrison’s score for the film Wonderwall. “[Braedon] couldn't exactly make that, but he was already making some synthesizer versions,” says Phillips. “Wayne, the character, is a musician, so we made a couple different tracks. We just wanted something kind of fun to hear, but also kind of bad, too.”

As they were working on the score, Speakman would send his composition ideas to Phillips on Dropbox. This helped them continue collaborating when they couldn’t be in the same room. And for most of the production, Phillips was stuck in his car, shooting scenes on the streets of LA.

Because when you’re working with an indie budget, you have to figure out ways to keep costs low: like turning your car into a movie set. But that can lead to trickier problems—like trying to act, direct, and drive all at the same time. 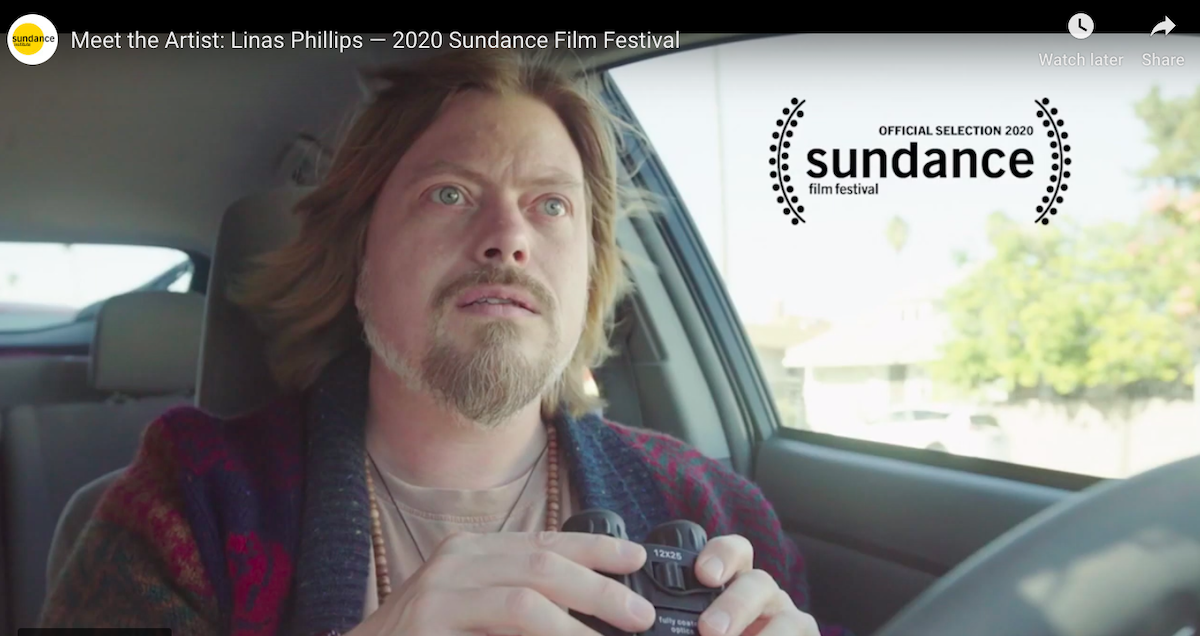 “When we were talking about shooting in a car, Mark and Jay originally though we’d just have GoPros in the car,” says Phillips. “Then we wanted to use DSLRs to make it look a little better. But you realize how hard it is shooting in the car because the backgrounds changing all the time.”

“We had three cameras all mounted on the dash at the same time,” he explains. “It’s more like shooting a performance. If we would stop in the middle of a take, I would ask the actors sometimes to stop acting until we got through the red light because you want those stops to be a part of the scene. I’m acting, but I’m also like, ‘Wait, guys. Stop. We’re at a red light.’”

Other times, he let the actors roll with it and improvise lines on the fly. And those were some of his favorite moments making the show.

“During shooting, there was a real high point on the last day,” Phillips recalls. “We were chasing the light. We were behind schedule. Some of the scenes took hours to get with all the driving and the stopping and starting. Punkie Johnson and I just ran through this whole scene. I was like, ‘Punkie, we don’t have that much time. Just wing it. Don't even worry if you get a line wrong. Just make it work.’ She was amazing. I didn't think we're gonna get that scene before the sun went down.”

The Ride premiered January 28 at the 2020 Sundance Film Festival.