TV audiences might know Kate Nash best from her role as Rhonda “Britannica” Richardson in the hit Netflix series, GLOW. But since her debut album, Made of Bricks, hit the charts a decade ago, she’s also brought her star power to the world of rock and roll.

We had a chance to sit down with Kate at SXSW and talk about how she wrestles with words and music when she creates and collaborates on her ferociously fun pop songs.

When you’re preparing to write songs, how does your process begin?

KATE NASH: My creative process begins with words, I would say… I guess I write a lot on my phone these days. I’ve written a lot in notebooks previously, but I love actually being able to use voice memo on my phone or notes. If I just come up with ideas, I can immediately start writing or just start speaking them or singing them. So, it often is lyrics, and ideas formulate for me around words.

Do the titles usually serve as the spark of inspiration? Or do you start with a broader concept?

KATE: I started writing for other people and I found that a lot of people like coming up with a concept or the title of the song to begin with, and that doesn’t feel very organic to me. I really like just being inspired by an idea. So if I think something’s funny or if I’m feeling angry about something, or something that kind of pushes a button for me, depending on my mood, then I’ll usually come up with, I guess, some kind of sassy or humorous or poignant line, and then that will build the song for me… One idea comes from one central line, I think, (for) most of my songs.

Do you have a particular method or technique you rely on to start new songs?

KATE: I find traveling really inspiring. If I’m in the van, I’ll usually just write loads when I’m in the van. Or if I’m on the tube in London… I like motion. I get to kinda just zone out and daydream and just write everything I’m thinking down… And sometimes I’ll build an entire song just kind of writing it as if it’s almost spoken word. I like a (snap) rhythm, sort of like speak-singing, I guess, a lot of my stuff is. So a lot of it’s coming out of building rhythm. So by the time I’m in the studio or with a guitar, with an instrument, I know how I want it to feel and move rhythmically.

Is it challenging to merge two different points of view when you’re co-writing?

KATE: Lyrics, I’m quite protective of. I actually don't want anyone’s input, (Laughs) you know, unless I’m deciding that, “Oh, this is gonna be a collaboration.” … When I make music and when I write, I’m trying to be as truthful to myself as I can be… there's so much that you can do as an artist, I feel like you have to make a choice about what you're going to do. So I decided that I wanted to try and be as truthful in everything that I do. To me, even if that makes me uncomfortable sometimes.

So, I think all of the words should come from my head and my brain 'cause otherwise it just doesn’t feel natural to sing them or say them. I wanna be able to believe in what I’m saying, so I get a bit angry if someone tries to like, input lyrically… I’m like, “Mm, no,” 'cause, “It’s not coming out of your mouth, so why would you?” …I’m trying to say what I wanna say, so I don't really want someone else’s words in my mouth. I don't know, if it’s just my stubborn middle child thing that makes me so defensive about it. (Laughs) And also, being in the music industry, I feel like there's so many people that wanna shape you and project their ideas onto you that I have to be protective of it.

“The fun thing is that you just don't know when that chemistry is gonna happen, and how that can change your mood and just unleash something in you.” 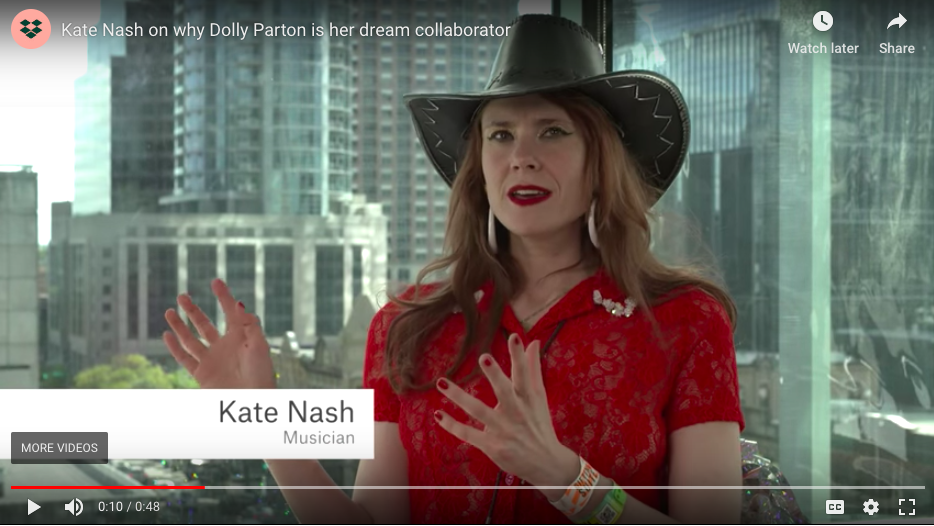 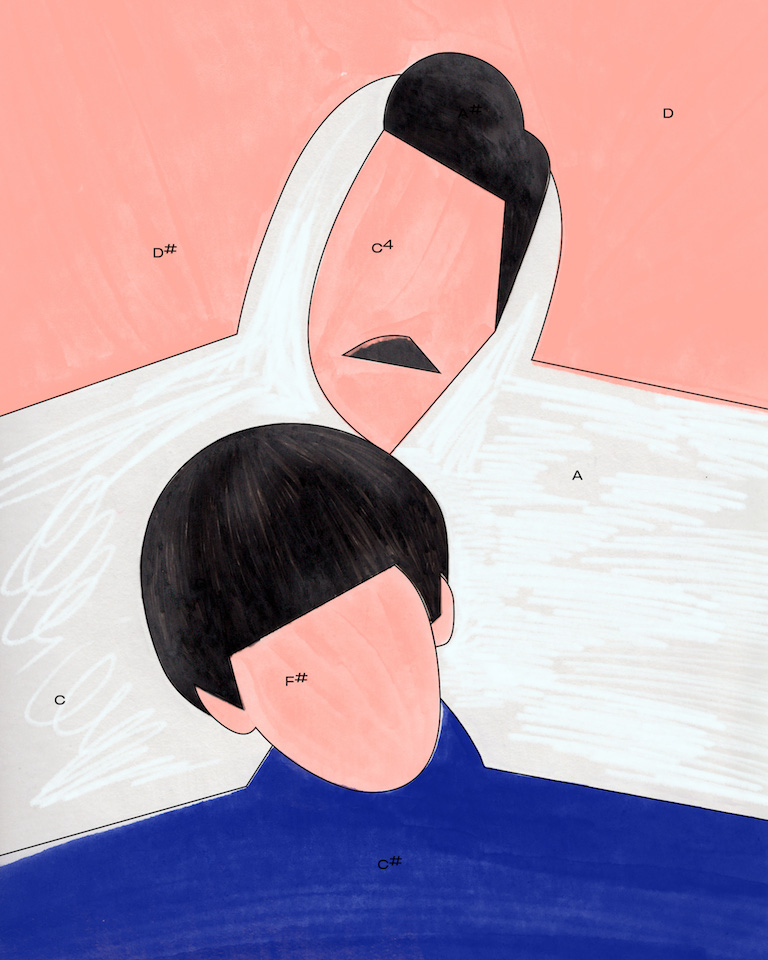 KATE: Personally, I think it has to be personal chemistry and vibe. It’s all about vibe, and… do I feel like I can fully be myself around someone? Because if I’m self-conscious in any way, then I don't think I can really deliver… And you just never know when that’s gonna happen, and you can go into a room with someone and think, “Oh, this is gonna be great,” and then it isn't. But… just someone that I get on with, honestly…

I had this one session with this producer that I was actually dreading because it was supposed to be for someone else. It was a session for another pop star. And I was a little bit sick of that world 'cause it can be quite corporate-feeling. I just felt not in the mood for it. I was like, “Oh, this is gonna suck. I don't wanna be in that environment.”

And then someone had to pull out of the session, so that made it even worse 'cause I was like, “Oh, it’s just gonna be me and the one guy…” And then the session got pushed back to five or six, and by this point, I was really dreading it. And I get there, and I’ve given myself an excuse out. I was like, “Oh, I’m supposed to be meeting my manager for dinner,” which was a lie. And then, we just absolutely hit it off, and I started playing my music, and we started. I told him this idea that I had for this project, and he just really got it. And we just clicked. And that was so exciting because I had not expected that at all.

Suddenly, you're inspired in a whole new way. So I have learnt that being open to trying things is really important because… if I had just gone with my initial reaction of, “I don't wanna do it,” then I would’ve missed out on this relationship that now I’m like, building something exciting. So even when I’m uncomfortable, I try to try things because I just don't know where it’s gonna lead to.

Have you met any of your collaborators through social media?

KATE: Oh, I did a collaboration with Watsky, who is a rapper, because he tweeted me… I was on tour in Europe, and I was getting all these tweets 'cause he has a huge online following. And he tweeted, I think, “Someone should tell Kate Nash to do a song with me, and everyone was like, “Kate Nash, do a song with Watsky. And I was like, “Who’s Watsky? What is this?”

And then we checked him out and I watched a bunch of his videos, and I was like, “Oh, this guy’s really smart, really funny. This is really cool.” So I just replied, “I’m down.” He sent me music over e-mail, and I recorded vocals in London and sent them back. And we had never met until we shot the video. And I was gonna be in L.A. for something, so he was like, “Would you like to be in a video for the song?” and I was like, “Yeah.” So it was kind of… a very Internet way of creating something, but it was really fun.

How you were able to make all of that happen without meeting?

There was like, a time pressure ‘cause I was on tour as well. So I just had a day in London. I went in a recorded the vocals in one day, and then just sent them on Dropbox, and then like, that was it… I sent a lot of vocals, a lot of harmonies, and a lot of ideas.. ‘cause that’s the thing about him not being in the room. I was like, I don't know exactly what he wants, so I gave him a lot, and then he could do whatever he wanted with them. I was like, “Just use them however you kind of want to. I’ll do too much, and then you can edit it.”

Are there any particular songs from these collaborations that we can look forward to?

KATE: Yes, I have new music coming out this year, and I guess mostly I’ve been focusing on vocals and production and Logic, learning how to use Logic, and then finding the right collaborators. I call them translators. I feel like you have to find someone who can translate your vibes, I guess, or your mood into song form. So, I would say, look out for “Agenda.” I’m playing that one live and there's a music video coming with that. I did that with Frederick Tow.

To learn more about Kate Nash and catch her on tour, go to katenash.com. To find out how Dropbox can help you collaborate on creative projects, check out Dropbox Paper.