Filmmaker Joe Berlinger has always been fascinated by crime stories. He’s made a career out of the genre, from his first hit—Brother’s Keeper (‘92)—to his iconic, social justice-minded film trilogy, Paradise Lost (’96, ’00, ’11). While Joe says he likes to bring a narrative sensibility to all his documentaries, he hasn’t made a scripted feature in 20 years. Extremely Wicked, Shockingly Evil and Vile—which debuts at the 2019 Sundance Film Festival—dramatizes the Ted Bundy story from the perspective of the serial killer’s girlfriend. As he prepares for the film’s release, Joe says he found his decades of documentary experience invaluable.

“I think all my years in documentary have really prepared me for the narrative world,” Joe says. “What I brought to this story is an eye for authenticity. So I think the film feels very grounded in reality despite having some visual style.” He describes how the film will look appropriate for the period, but not in a clichéd or over-stylized way. “I told all of the department heads: let's not do a commercial for the Seventies, you know? Let's not overdo it. Let's make sure it feels right and natural and real.”

"Things don't always go the way you assume. And so that lack of rigidity I think I brought to this film. We had a lot of improvisation…I was very open to other people's ideas."

He was quick to praise many members of his crew, from production design to costume design to art direction. “For example, with costumes, not everybody in the 1970s wore polka dot bell bottoms. When I was in the '70s, some people still wore the same 501 Levi jeans that still exist. Flannel shirts then look like flannel shirts now. I think that's exactly what we delivered.” 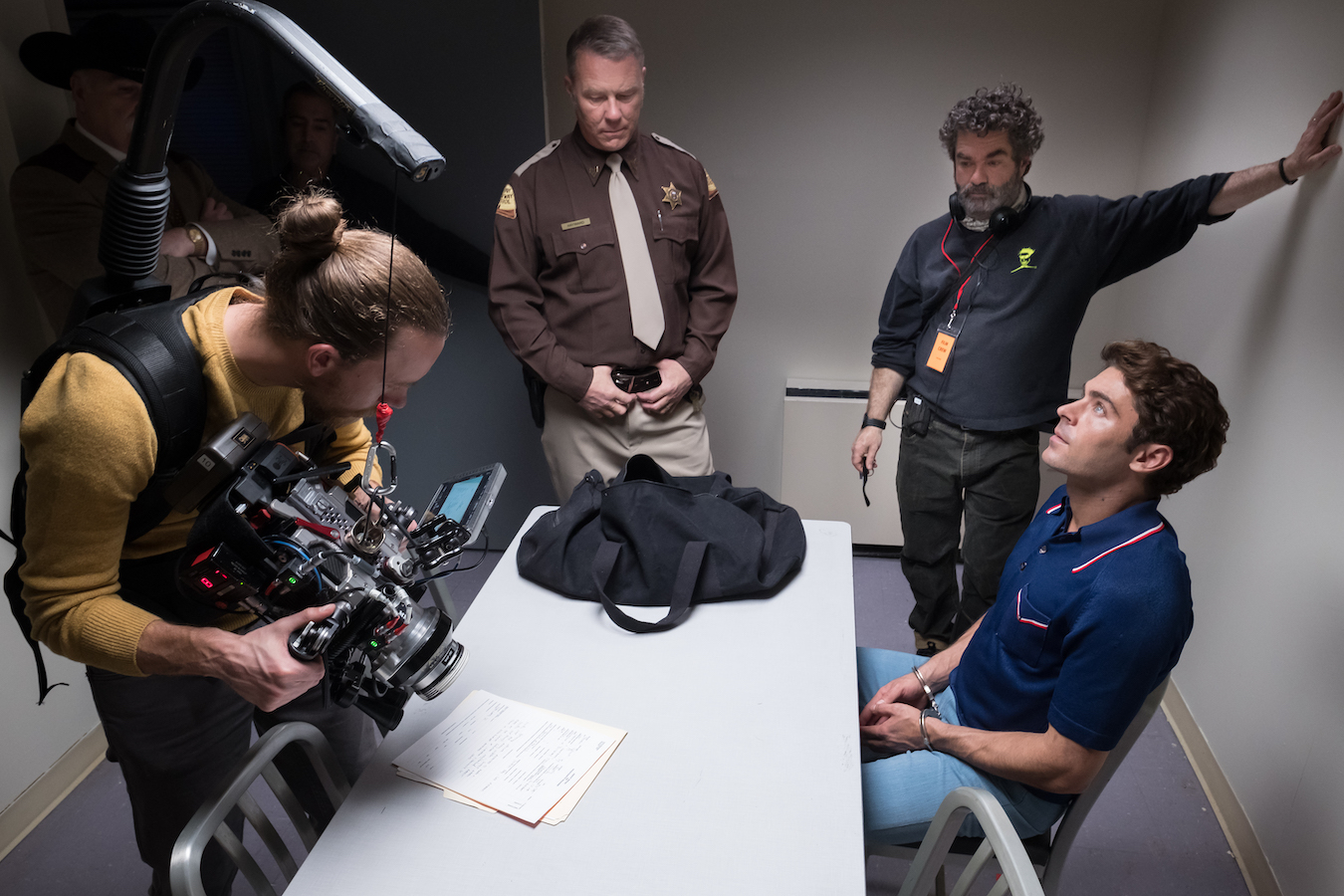 Beyond visual fidelity, Joe’s also learned how important it is to be emotionally truthful on the set. That means being willing to change directions on the fly, even if things wind up going the opposite way you expected. “With Paradise Lost, we thought we were going to be making a film about guilty teenagers, guilty of these horrible satanic ritual murders. When we did those first interviews, one plus one was not equaling two—it just felt like something was off. It turns out these guys were actually innocent.” Joe’s discovery in Paradise Lost is part of what’s made the series so famous, and it’s a lesson he takes with him to every new film set.

“Things don't always go the way you assume. And so that lack of rigidity I think I brought to this film. We had a lot of improvisation…I was very open to other people's ideas. Many of the actors on the movie told me that this was the most collaborative experience they've ever had, and that makes them feel comfortable.”

"We’re spending our own money and in those days, 16 mm film cost us $400 for every ten minutes you shoot."

Joe learned how powerful collaboration could be early in his career, when he teamed up with long-time collaborator Bruce Sinofsky (who passed away in 2015 following complications from diabetes). “The first half of our career we were joined at the hip and it was great to have a partner and somebody who had your back, and you knew you could trust that person no matter what happened.” The duo took huge risks early on, particularly when making Brother’s Keeper. “Two no-name filmmakers with no money go shoot this story about these crazy, smelly old farm brothers,” Joe says. “We’re spending our own money and in those days, 16 mm film cost us $400 for every ten minutes you shoot. You really had to have a partner to take those kind of risks, and we felt we were risking everything, gambling everything we had. It’s just this great camaraderie to have a partner.”

Joe’s scrappiness continues to pay dividends today, whether he’s working with team members hundreds of miles away, or finalizing the look and feel of Extremely Wicked’s credit sequence. “I’m very meticulous about every detail. Last week, for example, we’re finalizing the credit roll and size of fonts. Not everything can be done in a room, so Dropbox links are being sent all the time to do final review on things.” As the Sundance Film Festival nears, he’s been busy signing off on all the little last-minute decisions that help make a film as polished as possible. “A zillion things are being sent to me via Dropbox for approval and comments.”

Even as he’s been directing Extremely Wicked, he’s been working on a Ted Bundy Netflix documentary in parallel. For Joe, it’s just one more opportunity to bring his documentary expertise to a scripted feature as he works on the two projects simultaneously. “The Netflix documentary is from cradle to grave the Ted Bundy story, why he did what he did and a deeper dissection of the crimes. Even at the earliest stages of the feature, my documentary team was sharing via Dropbox images to help the [Extremely Wicked] department heads authentically do costumes, authentically create sets.”

As he prepares to debut his first scripted feature in two decades, Joe is confident. He’s working in a genre few know better, and one that lends itself so naturally to storytelling. “There’s a beginning, a middle, and an end to a trial. There’s an antagonist and a protagonist who are each vying for the truth—and ultimately, there’s a conclusion. It creates the perfect dramatic structure.”

Extremely Wicked, Shockingly Evil and Vile premieres at the Sundance Film Festival on Saturday, January 26th in the Eccles Theatre.