Are we alone? That’s the core question the SETI Institute (Search for Extraterrestrial Intelligence) is trying to answer. 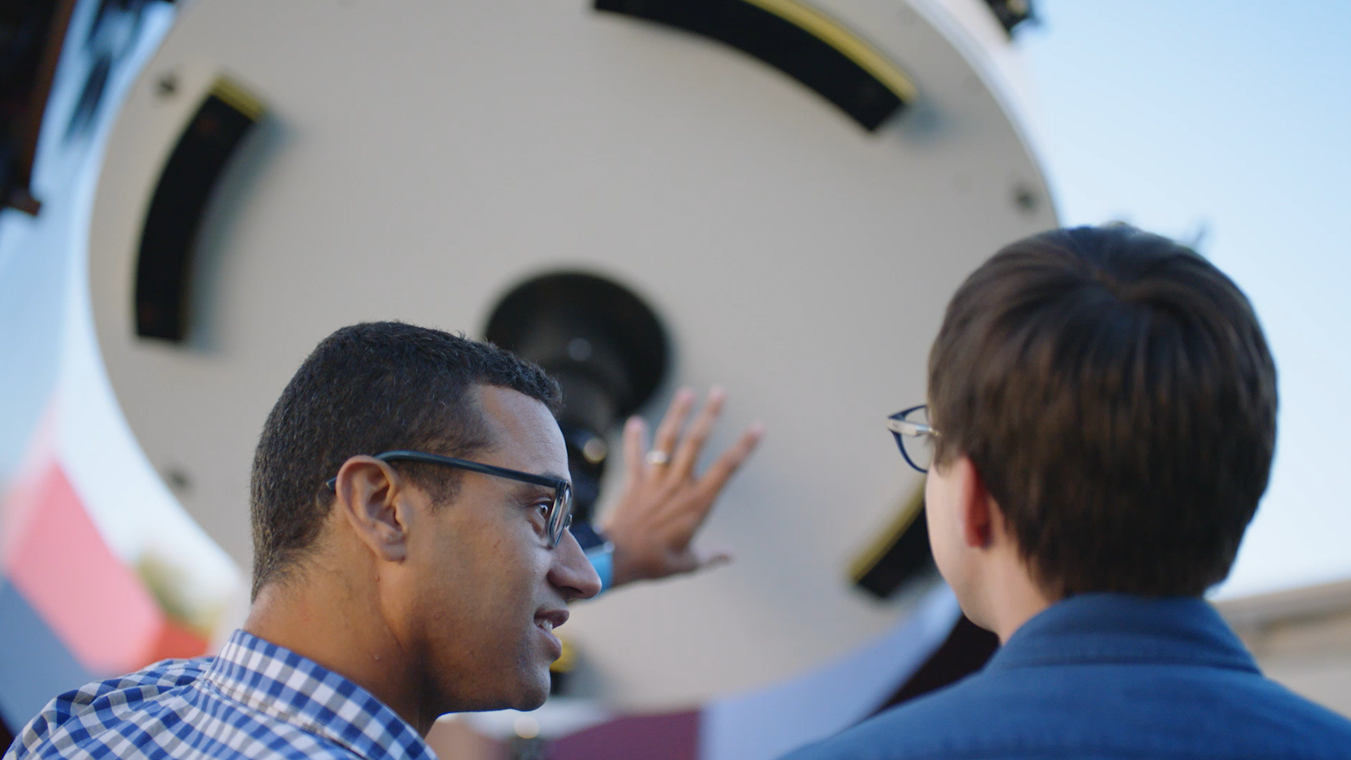 Looking up at the night sky and reflecting on the vastness of space can be a humbling experience. And yet, those stars we can see represent just a tiny fraction of what’s out there.

That’s why we’re excited about working with the team at SETI. We believe if we can help customers like them find creative ways to lead the world to new worlds, we’re on the right track.

Franck Marchis, Senior Planetary Astronomer at SETI, tells us something incredible: every bright dot you see at night is not one star, but a cluster of stars. Then there are an average of two planets orbiting around each star. And roughly a third of those planets could have temperate climate suitable for liquid water.

“It is very likely that there is life in our galaxy,” Marchis says. “But as a scientist, I’m not believing in it—I’m searching for it.”

The first steps of this search began with a 10-year project to build an instrument in the mountains of Cerro Pachon, Chile, known as Gemini Planet Imager (GPI).

“Think of it like a fancy camera,” says Marchis. “It’s the first instrument that can actually see the planet itself. Not its shadow, but its glow. This gives us much better data that leads to higher certainty that we found something.”

As you might imagine, the data that GPI churns out is complex. That’s why Marchis teams up with 100 researchers across the Americas, including a group on the ground in Chile. “GPI gives us terabytes of extremely helpful, but also extremely raw data,” he says. “We need to use multiple algorithms to convert this data, so we can extract real information.”

Each researcher has a different specialty, so they needed a way to analyze the same sets of data at the same time.

That’s where Dropbox comes into view.

“Dropbox is the heart of our pipeline,” says Marchis. “During an observation, we’ll eagerly wait for the notification to pop up saying new data was added, and all collaborate to find out what it means. But these planets don’t wait for us—they keep orbiting and stars begin to block each other. So the speed and reliability of sharing data through Dropbox is critical to helping us make discoveries in real time.”

In 2015, the GPI consortium announced the discovery of 51 Eridani b, a Jupiter-like planet 100 light years away from Earth. Yet Marchis’ mission is far from over: discovering an Earth-like planet is the next goal. His team’s instruments and data are getting more and more complex because smaller planets, like Earth, are harder to find.

But Marchis is confident in his team. “We can’t make these discoveries with one person, one genius,” he says. “What we need is multiple people working together to become a genius, and collaboration tools like Dropbox are changing the way we do science.”

To learn more about how Dropbox can help your team make new discoveries, visit dropbox.com/business.