Scientists discovered Alzheimer’s disease in 1906, but despite over 100 years of dedicated research, they’re still searching for a cure for the most common form of dementia. Cures also remain elusive for other longstanding ailments, such as HIV/AIDS and heart disease.

The Gladstone Institutes believes there’s only one way to conquer formidable diseases like these: bringing together experts from different fields. The San Francisco-based biomedical research organization puts chemists, biologists, engineers, and statisticians on the case to make sure no avenue is left unexplored.

“Collaboration is the only way we can make major scientific breakthroughs,” says Gladstone President R. Sanders “Sandy” Williams, MD. This multi-disciplinary approach has led to stunning institute discoveries in the fields of neurology, virology, and cardiology, including the invention of induced pluripotent stem cells. These are created from human skin cells and can be turned into virtually any type of cell in the body.

That breakthrough earned the Institute’s Senior Investigator Shinya Yamanaka, MD, PhD, the Nobel Prize in Physiology or Medicine in 2012.

But even with these scientific innovations, basic technological hurdles made collaboration at Gladstone difficult at times. Sending high-resolution images to different teams within Gladstone was virtually impossible over email. And when collaborating externally, investigators resorted to using bicycle couriers to transport hard drives to labs across the San Francisco Bay Area because the data sets were too large to send electronically.

Gladstone CIO Scott Pegg, PhD, was eager to solve these challenges with stronger IT solutions. His team noticed that many researchers had been using their personal Dropbox accounts to work together. “They were already familiar with Dropbox, so the business product made sense for our organization,” Pegg says. “We want to provide tools that facilitate collaboration among our scientists.”

For example, the Institute’s microscopy core produces massive images, 3D models, and videos as part of researchers’ work to analyze cell and tissue types. With Dropbox, investigators can quickly share these large files with collaborators around the world. “A lot of the time we need instantaneous feedback, because the faster we work, the faster we can get to a cure,” says Microscopy Core Director Meredith Calvert, PhD.

Dropbox also helps speed up the process of writing and submitting research grants, which are key to getting new initiatives funded and off the ground. “Scientific grants may be written by five or six people across different labs,” says Megan McDevitt, VP of Communications. “It’s a lot easier to iterate on these documents through Dropbox than exchanging versions over email.”

We recently visited the Gladstone Institutes in San Francisco to get a closer look at the organization’s game-changing work: 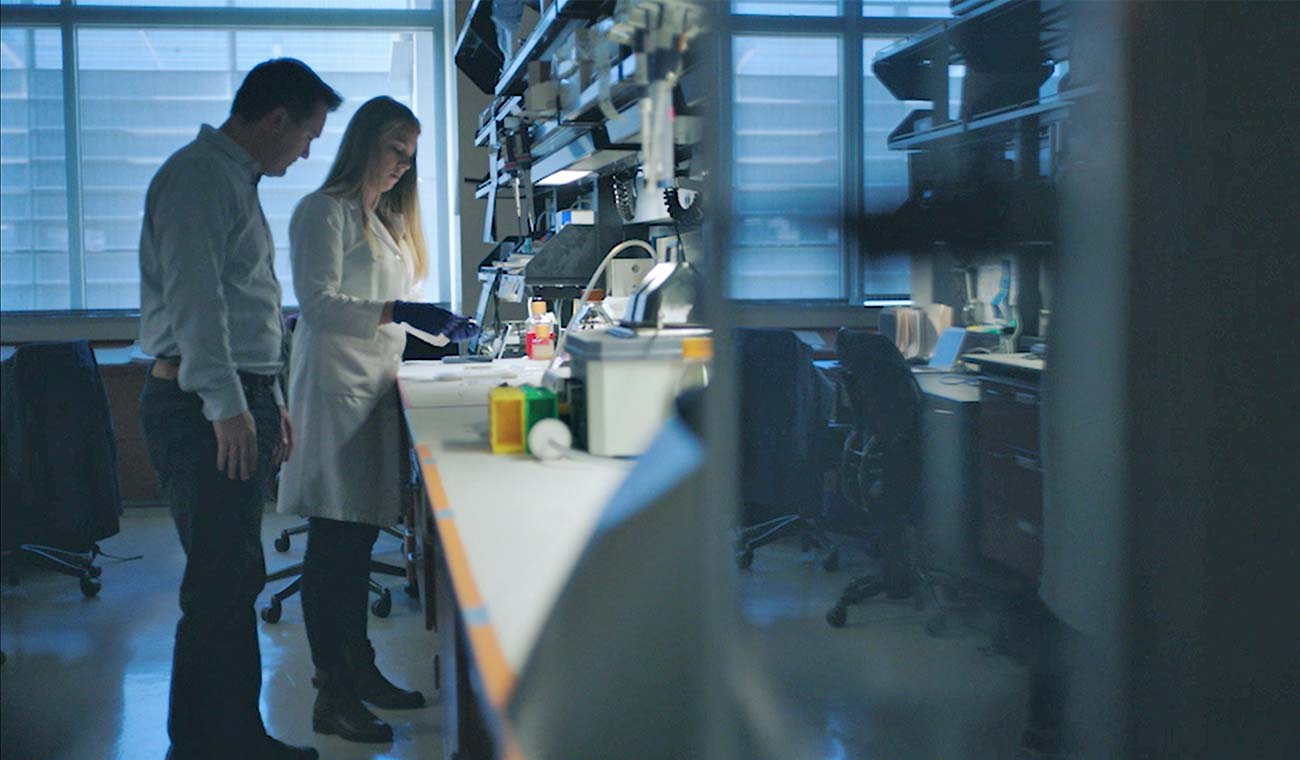