Hi Dropboxers! it's time for another installment of Meet the Team! Today we'd like you to meet another member of the client team, and probably the second most famous member of Dropbox; Rian Hunter.

Rian originally hails from Miami, Florida, but went to school at MIT with most of the Dropbox team and now works at Dropbox HQ in San Francisco. Many of you may know Rian as the mastermind behind the highly anticipated Linux client for Dropbox, but he is also responsible for much of the seamless user experience when using the Dropbox client on your computer.

How did you get into computer programming?

I've always been interested in math and technology but especially computers. I started programming in Perl when I was about 15. I didn't think it was fast enough so I moved into hacking Apache modules in C and using some mod_perl. I started getting interested in kernel hacking at about 17 and wrote a toy kernel that ran on top of L4 micro-kernel Ever since I read "The C Programming Language" by Kernighan and Ritchie, I've been a lover of C and to this day I still can say that C is my favorite language to program in. But really programming is one of my favorite things to do and I love to learn about new algorithms, programming languages and paradigms, no matter how obscure. Big fan of Haskell and Factor.

Which OS do you prefer?

Debian for life! XMonad for life!! My first computer ran Windows 3.1 and I went through every version of Windows till XP. During high school I started collecting a lot of obscure junk computers that I could only get NetBSD to run on (old-world PowerPC Macintoshes, random Sparc64 machines). In college, I finally had some money to buy new machines and my world became a lot more x86 centric, so I bit the bullet and finally made the transition to Linux.

Mixapp is sweet!! Etherpad is sweet!!! Meebo is also sweet!!

What do you do in your spare time?

When not coding Dropbox, I like to make graphic demos in Javascript (see below). Music is also a big part of my life and I spend the rest of my free time playing my guitar if not reading or crawling the web. Hanging out is also really fun.

What do you do for Dropbox?

I would describe myself as part of the sync quality team -- I work on the Dropbox desktop software to make sure that the sync engine works as expected and always does the right thing. I do some OS-level integration hacking on Mac and Linux and basically make sure that the client is bug free with Arash (this is called QA for all you software people). My Dropbox claim to fame was the Linux port :)

How did you join Dropbox?

Arash and I actually lived in the same dorm. Several years ago we had a couple conversations about Dropbox and he told me a lot about the difficulties of architecting this kind of system. This sounded really interesting to me, and a year later he offered me a job which I accepted after graduation.

So what are your thoughts about having to work for a college dropout?

It's very neat because Arash is one of the most intelligent people I know. He has a giant amount of passion for Dropbox which inspires all of us to work hard and make sure Dropbox is as high quality and painless to use as possible. It's this kind of passion that differentiates us from the competition and I think our users can see that.

How do you use Dropbox?

I have a Mac at home, use Linux at work, and have a web server running the Dropbox daemon. I frequently edit files in my Dropbox to auto store things on my web server. I also use Dropbox to share music (all legal of course!) and files with friends and also use it as my main backup solution (a total of ~55GB in my Dropbox). I run our nightly builds on all my own computers and try to be as much of a stress test as possible to make sure there are no bugs come release time.

What can we expect from the client team in the near future? Right now we are fervently working on making sure our Snow Leopard integration is perfect. We're also in the middle of testing our latest client with LAN Sync, Explorer/Finder toolbar integration, and lots and lots of performance enhancements. The next release we're working will feature Selective Sync and we're also tackling preserving resource fork data and Spotlight comments and other extended attributes on the Mac. Soon after we'll be adding the capability to watch any folder on your machine.

Can you give us an idea of the music on your playlist right now?

I'm a HUGE bossanova enthusiast. If you enjoy listening to recordings by Joao Gilberto and Antonio Carlos Jobim then you know what I'm talking about. I was really into 50s cool jazz for a long time also and I frequently listen to KCSM. In past lives I was into My Bloody Valentine, Depeche Mode, Stereolab.

Do you have anything you'd like to say to all the Dropbox users in the world? 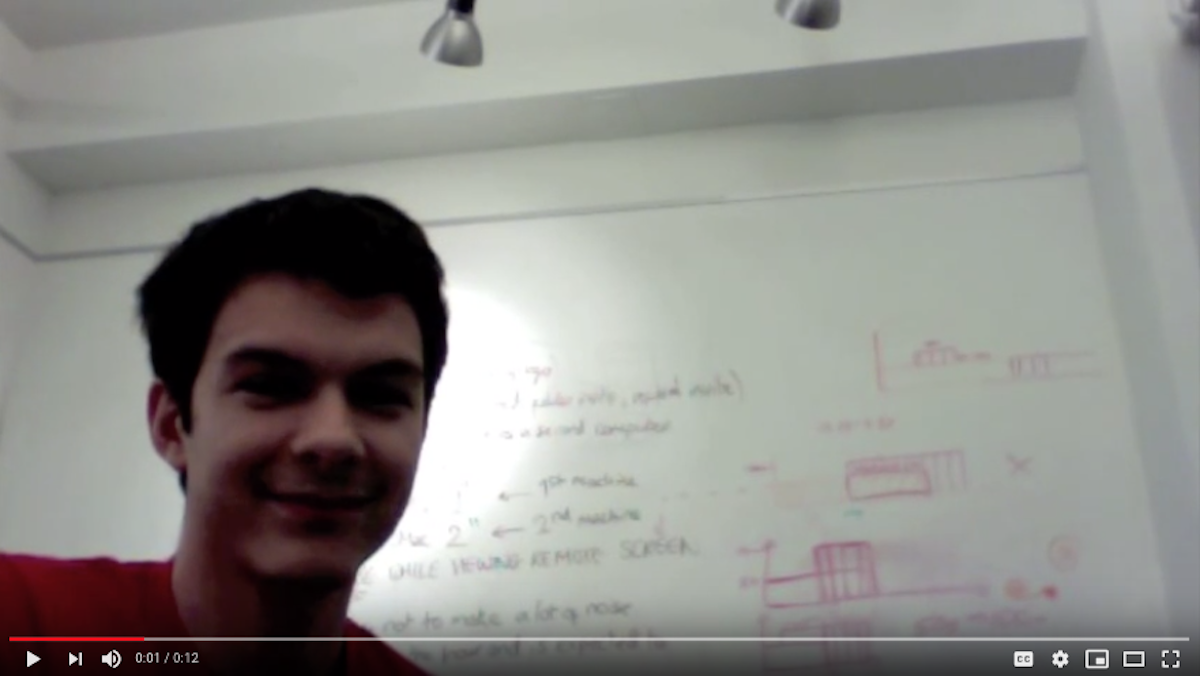 Dropbox Tossed Out the Workplace Rulebook