When Meredith Pickering was a kid, her idea of a dream job changed by the day—vet, inventor, doctor, whatever sounded cool. This fluctuation continued into her adult life. She tried a myriad of different career pursuits—starting a popular beauty blog, attending a year of teachers’ college, working in marketing at a software company, and even landing a job as a project director at a non-profit charity—but none of them really stuck.

After some time, however, Pickering had a lightbulb moment. “I realized that the recurring problem with the work I was doing was that it wasn’t lighting my soul on fire,” she says. “For a long time I had been choosing careers I could do—not what I wanted to do.”

Pickering is one of many who, in the wake of the Great Resignation, realized their careers weren’t a great fit and are learning how to imagine something better. Call it the Great Realization—an acknowledgement that, actually, a lot of people want careers that more closely align with their values.

But getting there is easier said than done; it’s one thing to know you want to move on, but another to know where to go next. As Pickering is discovering, you can’t be afraid to experiment. You have to learn to recognize the patterns in your life, and understand your fears. And you have to be honest with yourself about what you really want.

Which is why, this time, Pickering is starting her next chapter with a deceivingly simple question: “What do I want now?”

More people than ever are realizing that they want more from their careers, Jenny Hargreaves says. Call it a by-product of 2020; as more people—especially women—had the time and space to think about their careers, they realized that theirs wasn’t a good fit. Hargreaves founded The Propeller Experience to help women—Pickering among them—navigate this discomfort and decide on a career goal that aligns more closely with their purpose.

This is no easy feat. Some women, says Hargreaves, “burst into tears after saying what they want, because even saying it feels overwhelming.” She says that women are socialized to ignore what she calls their “inner knowing”—the feeling that what they have isn’t enough. “We’ve been told that it’s wrong to want more, and getting out of that headspace is not easy,” Hargreaves says.

"There’s no one way to get what you want, and understanding that gives people an expanded sense of possibility.”

Having the space to explore that inner knowing, however, can yield impressive—and sometimes unexpected—results. The problem is that many people don’t know where to begin. For those who feel overwhelmed, Hargreaves urges them to start simply. As she describes it, this process should start as more of a free-association experience. “I tell people to get a journal and a piece of paper, and write down what they would want if anything was possible.” In this scenario, the sky’s the limit—money, family, and commitments are no object.

Moving on to the next step is where many can hit some roadblocks, warns Hargreaves. At this stage, most peoples’ inner critic will come on board and tell them all the reasons why they can’t do that or have that. This is where most people stop.” However, Hargreaves urges her Propeller Experience participants to push past that discomfort. “I tell people to talk to their inner critic and say, ‘Thank you for trying to keep me safe,’ and then put that critical thought aside.”

This is also where Hargreaves says the power of naming what you want can really come into play, and it’s through this process that you’ll start to see just how many different pathways are available to reach your dream. “[It] makes it easier to move in that direction,” she says.“There’s no one way to get what you want, and understanding that gives people an expanded sense of possibility.”

Repeating this process—asking yourself what you want, answering it honestly, and not immediately dismissing the answer as unrealistic—is where the magic of a purpose-driven career reveals itself. It stops being a daydream and becomes a real possibility.

Lisa Huang, who is in the midst of her own career pivot, has struggled with honing in on what she really wants in a profession. After years of trying to make it as an art critic, the passion she once had has died out. “I didn’t feel like I could affect change in the industry the way that I wanted to,” she says about her decision. For her, saying goodbye to one industry means saying hello to something entirely new.

It’s not that Huang never had a career purpose to lead her. In fact, as she tells it, the through-line of her career has always been to raise marginalized voices. When she attended a liberal arts college for a degree in Art History, she did so with the intention of entering a career in institutional critique. That dream came to an end when she realized how cutthroat the art world could be. “I didn’t feel like I could affect change in the industry the way that I wanted to.”

And so she underwent her first career reset and entered the world of Software-as-a-service (SaaS). Specifically, Huang joined a mission-driven company that sold maintenance management software. For a while, this felt like the right move, but after some time, cracks began to show. “At some point in your career, you reach a point where you know it’s not the right place for you, but you’re either getting paid too well or feel like you’re too deep in it to leave,” she says. In other words, it was time to escape what she calls “the golden handcuffs” of career complacency and get real about what she really values in a profession.

“There are two kinds of people in the world: those who use their careers as a means to live a fulfilling life outside of work, and those who see their work as a reflection of who they are,” says Huang. “I realized that I fell into that second bucket and that my career didn’t match how I wanted to see myself.”

Huang’s experience highlights another important aspect of career path progression: even with a purpose in mind, it can take years of experimentation to figure out what you don’t want. And sometimes, getting a promotion can cloud people’s judgment even more. For her, however, that “inner knowing” Hargreaves talks about eventually kicked in again, and she once again decided to pivot.

Today, Huang is more closely aligned with her purpose than ever. She’s finishing up a Masters in Economic Development and Innovation and intends to help rural communities in Canada find ways to build self-sufficient and sustainable economies.

...even with a purpose in mind, it can take years of experimentation to figure out what you don’t want.

There is no timeline

When Pickering was younger, she says she was drawn to books about people experiencing issues with their mental health. “I felt empathy for those characters and I was fascinated by the idea that people had such different circumstances and struggles,” she recalls. When she learned that there was a career path that could allow her to work with people experiencing mental health issues, that was it. She was going to be a psychologist.

Pickering pursued a degree in Psychology, but when she graduated, she was faced with a cruel turn of cosmic irony: her own mental health issues. For Pickering, grappling with undiagnosed anxiety meant the thought of pursuing a mentor or even attending office hours was an uphill battle, causing another fork in her career path.

“I felt when I graduated that pursuing my dream wasn’t an option anymore,” Pickering says. “I was limited by my fears.”

Pickering is still looking for the career that lights her soul on fire the same way psychology once did. But as Hargreaves often reminds people, that process of figuring out what’s next shouldn’t be rushed. “For people who have lost touch with their purpose, it can be really hard to start dreaming about possibilities again,” Hargreaves says. “It’s like walking out your front door in the morning without a destination in mind. Some people know they don’t want to be in the house anymore, but they’re paralyzed by choice.”

Everyone has their own purpose, and uncovering it requires patience, focus, and a willingness to listen to oneself. There is no timeline for that kind of realization, and for anyone being hard on themselves for not yet uncovering their passion, Hargreaves emphasizes that people should go easy on themselves. “I hate the word ‘regrets’ in the context of careers,” she says. “Every experience you have brings you closer to where you’re supposed to be.” 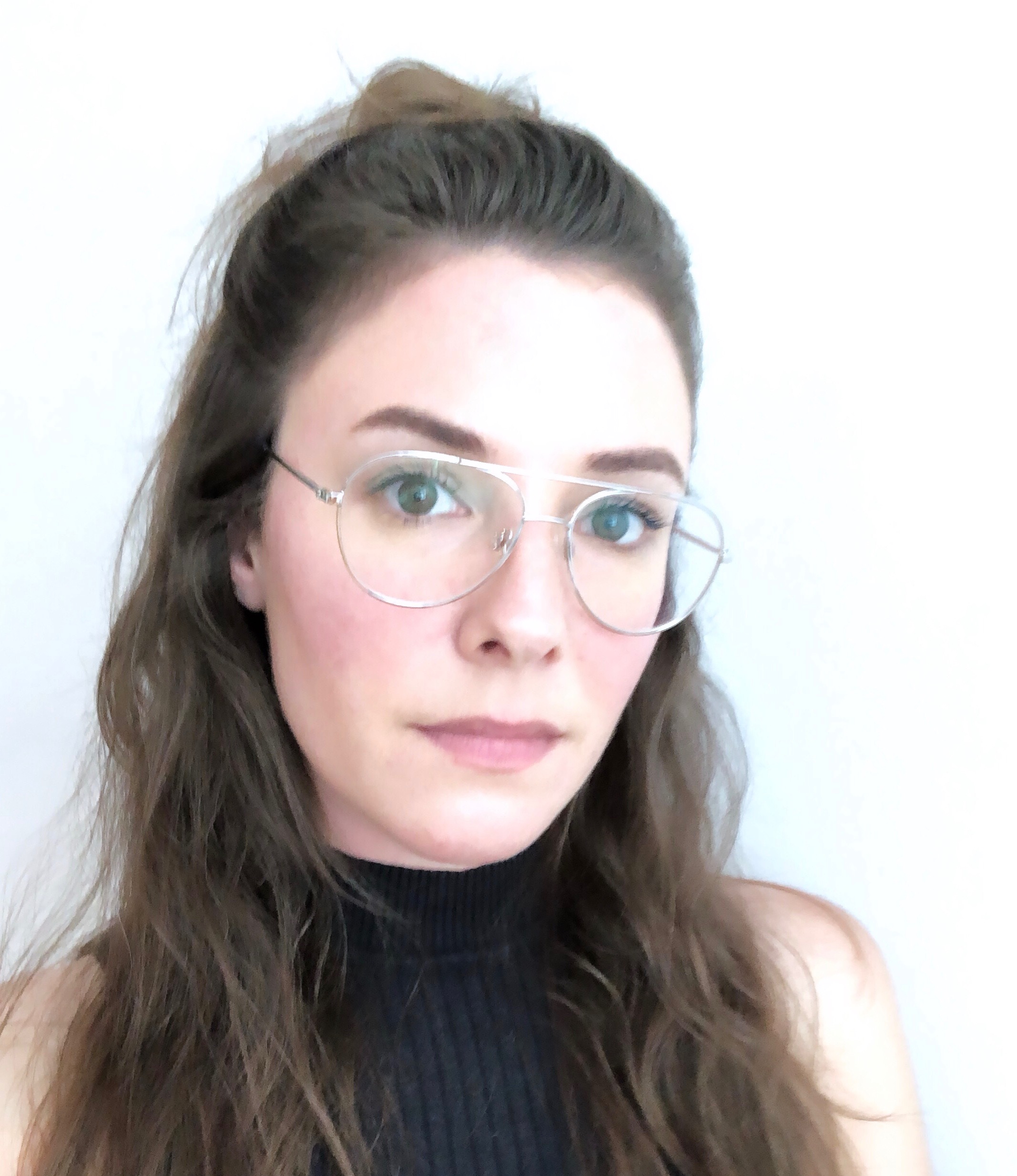