Over a year in sweatpants proves clothes aren’t professional—people are. This is our chance to evolve long-held understandings of what success looks like without leaving anyone behind.

When the world was sent home from the office last year, workers kicked off their shoes, loosened their ties, and made video calls in ensembles that took  “office casual” to new heights. Looking good from the shoulders up was the primary concern, and there was not yet any indication that WFH appearance needed any more thought than that.

Dressing became purely about function, and the goal was comfort above all else. The end of November 2020 saw peak popularity in all-time search interest for the term “sweatpants.” Forget suits—even jeans, and all other forms of “hard pants,” were dead. Some bras that hit the hamper in March might still be there today. All rules for dressing were out the window as the majority of the workforce transitioned online with no return date in sight.

For those used to more traditional office settings, the shift was stark—maybe even a little confusing. Christopher Morris, a lawyer in Toronto, was used to dress pants and collared shirts, but T-shirts and basketball shorts suddenly became his norm. “Sometimes I put on a casual button-up depending on the client,” he says. “But there’s no dress code anymore.” This company-wide change happened over many internal conversations, as it became clear that working from home was a semi-permanent solution. He continues to take the formality of each day’s outfit on a case-by-case basis.

The hard-and-fast rules of dressing for the home office are still few and far between. After a year of remote work, many are wondering how much control a company can have over people in their homes. Enforcing a dress code over video falls somewhere between “giant waste of company time” and “violation of personal freedoms.” Enforcing one across a hybrid team is even more complicated.

Still, dress codes exist for a reason. “All dress codes enforce norms,” says fashion journalist and editor Adam Wray, who’s contributed to the Financial Times, the New York Times, and GQ. “They’re intended to communicate a standard of professionalism and create, in some senses, a common language between employees.”

Dressing to impress through the ages

Expectations in the workplace changed through the decades, but in the early days they could be easily traced to common understandings of what it meant to be “professional.” For men, the suit is the most enduring symbol of that understanding. “The suit reflected seriousness and practicality; it conveyed a hierarchy of status,” says Richard Thompson Ford in his book Dress Codes: How the Laws of Fashion Made History. Doing business—making money—was a serious endeavor for serious people, therefore looking the part was key to success.

But even enduring symbols are subject to trends. In the ‘50s, it was suits accompanied by hats and overcoats. In the ‘60s, brighter colors and patterns began to emerge. The ‘70s brought forward more expressive details, like wider lapels. In the ‘80s, power suits emerged, and women got in on the trend—a physical manifestation of the fight for equality. Then casual Fridays arrived, and Silicon Valley became the hub it remains today. The tech world is rampant with hoodies, denim, and famously not wasting time thinking about what to wear, evaporating the assumption that successful people only wear suits to work. And while certain metrics of success do still come swathed in Super 120 wool blends, enough moguls adorned themselves in hoodies and flip flops that the narrative began to erode.

Suddenly, an understated look meant something new. You weren’t a slob—you were a creative. That programmer isn’t lazy; she’s just got better things to do than press a shirt. “The elimination of professional dress codes went hand in glove with the individualistic ethos that these fledgling companies believed fostered innovation,” says Thompson Ford. On the more insidious side, this gesture towards informality can also point to the dissolution of the work/life split, a drawback often camouflaged by the casual nature of tech culture, notes Wray.

Suddenly, an understated look meant something new. You weren’t a slob—you were a creative.

It also cannot be ignored that many people, particularly women and people of color, have never felt the sort of freedoms afforded to the world’s top-earning men, and many dress codes are rooted in racist and sexist ideologies.

But trading pinstripes for puffer vests doesn’t mean a company isn’t particular about the way they appear. “That doesn’t make one of those places a more conservative workplace than the other,” says Wray. “It’s less about what the dress code is than how it’s enforced, and how the company responds to people’s attire.”

But did a year of working from home—of achieving company goals in a tracksuit instead of your usual pencil skirt—erode the concept that what you wear while you work even matters?

How clothes make us feel

There’s a concept called “enclothed cognition” that teaches us that the clothing we wear has a systematic influence over the wearer’s psychological processes. For example, a study determined that wearing a lab coat increased attentiveness in the wearers—but only when the coat was associated with a doctor and not, say, a painter.

And it’s not just internal thinking—if your garments have their own social symbology, others are more likely to treat you according to those norms. “There’s a muddy but real interplay between being perceived, noting how others perceive you, and that creating a feedback loop,” says Wray.

Over Zoom there’s less of an opportunity to truly dress to impress, which could deflate that feeling of competence that a more formal dress code might psychologically address. And when there are no real rules (other than you should definitely be wearing pants), a perceived imbalance can occur that might imply some “care more” about the work than others. The same goes for interactions with those external to your business, as Christopher Morris encountered. “I put on a dress shirt for an important client the other day, and he was in a T-shirt and then he was embarrassed.”

Over Zoom there’s less of an opportunity to truly dress to impress, which could deflate that feeling of competence that a more formal dress code might psychologically address.

As some return to the office, in a full-time or hybrid capacity, while others remain at home, this imbalance is likely to be felt unless a dress code is addressed by company leaders. And since we’re writing a new policy anyway, this crossroads serves as an opportunity to address some of the inequities that have long been a problem for traditionally-marginalized groups. Black hair is treated as a burden, Muslims consider removing their hijabs to bypass discrimination in the interview phase, and women are fired for not wanting to work in heels. All these instances are based on an outdated and prejudiced understanding of what makes someone’s appearance “professional”—or even who is allowed to be seen as professional in the first place.

Dress codes for the C-Suite were certainly disrupted when the Zuckerbergs of the world became the richest, most powerful players, but that influence has remained up top for a privileged few. The effects haven’t yet trickled down to those who have far more serious workplace barriers to overcome than footwear.

As for the near-future, if you’re wondering what to wear to work (and your workplace’s rules still aren’t clear), take a page out of the past year of learning—personal style is personal, and you know what makes you feel your most capable self. “Dressing is a really effective way to express yourself,” says Wray. “If we, en masse, return to offices, I think people will find themselves eager to start dressing up again. I think it will be a bit of a pageant.”

Personal style is personal. You know what makes you feel your most capable self.

Once the fun of regularly leaving the house begins to wear off, Wray predicts that the rhythms of everyday office dress will return. “I think people in their homes will continue to dress as they want and people will start naturally dressing for the office the way they used to,” he says. Because even though we experienced a cultural shift, a century of habit doesn’t disappear overnight. While the pandemic altered so much of how we think and operate, some standards of professional dress will take longer to evolve. “We may see some shifts but you’re never going to see lawyers showing up to court in board shorts and slides.”

While Christopher might never step foot in court in anything other than a suit, his workplace is already planning for a more casual approach around the office by implementing a phased return-to-work plan that includes more flexibility in dress. “They realize that to remain competitive and to get the best talent they are going to need to offer a hybrid approach,” he says.

At the end of the day, the quality of your work will always be more important than the clothes you had on when you did it, so why not evolve dress codes to be more modern and inclusive? “The idea of professionalism is subjective,” says Wray. “That becomes tricky when you’re so used to a certain standard that it’s not really even clear why the standard is upheld.”

Whether a dress code serves to present an air of professionalism, or as a cue about company vibe and values, now is the time to question assumptions about what success looks like, and who gets to decide. People perform better when they feel confident in their clothing—not what they’re made to wear, but what helps them embody the attitude they need on a given work day.

We persisted through the pandemic while wearing whatever we wanted—so did clients and customers!—and the work still got done. Though certain garments will always say “I mean business,” this global cultural shift means we can rewrite the rules for the modern office, and create more equity for who gets to wear what. Outdated policies are so last season, so let’s roll up our sleeves and redesign them. 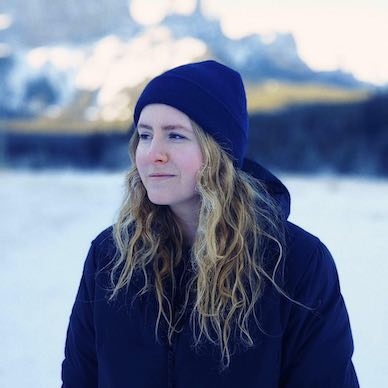