Kook Ewo and his team on stage at Motion Plus Design’s 2017 Paris meet-up. Moving imagery fascinates Kook Ewo, the motion designer behind title sequences in films like Silent Hill (2006) and RBG (2018). He once dabbled in the still world of photography, but he quickly found his passion—and natural talent—in the animated discipline of motion design. He’s worked with some of film’s biggest names, produced a seminal video about his craft, and created the industry’s premiere global event, Motion Plus Design.

We chatted with Kook to hear how he got started, and what motivated him to build an international design conference from scratch.

“It’s not about imposing your own style into someone’s world, but more about understanding and adapting.”— Kook Ewo

Kook’s first mainstream project was to design the opening and closing titles for Silent Hill (2006), the video-game-turned-horror-film directed by Christophe Gans. Kook’s ending credits—filled with splotchy black-and-white photographs paired with shaky, handwritten text—perfectly complemented the film’s tone, giving viewers a delightful sense of disorientation and dread. Kook would go on to work with directors like Guillermo del Toro, Vincenzo Natali, and Cédric Klapisch, and to create more than 30 additional title sequences over the next decade.

“It opened a lot of doors in the USA and Canada,” Kook said, reflecting on his Silent Hill work. One key to his success, Kook said, was to really understand the film itself, to create a title sequence that fit the movie. “I try to conform myself to worlds created by film directors,” he said.

To this day, he gives similar advice to new title designers. “It’s not about imposing your own style into someone’s world, but more about understanding and adapting.”

Even after a few years of career success, Kook was struggling to define his craft to the wider world. Thousands of people were already doing some sort of animated graphic design, but they lacked a common language to talk about it. This made it harder to discuss techniques, meet other rising artists, or inspire new designers. “We needed to create a precise definition for people to truly understand what we were talking about.”

“Dropbox is totally central for our team as we are constantly working on different time sets and with a lot of different people around the world.” —Kook Ewo

His first thought was to create a museum dedicated to all things motion design, but he quickly turned to a digital outlet: video. The result was “ What is Motion Design?” The 9.5-minute video provides a succinct overview of motion design’s history, techniques, and sensibilities, drawing on the work of past designers. “When we published it, it became instantly a huge success. It’s been translated in 13 languages and is still today the first hit when you google, ‘what is motion design?’”

Kook says the video has helped many motion designers, both on a personal level and for the industry at large. “Motion design artists could explain to their mom what they were doing for a living! It also seems that a lot of students around the world discovered motion design though this film.”

In 2015, Kook partnered with Ronan Guitton to host the first motion design gathering in Paris. Each year, the event—now called Motion Plus Design’s meet-up—has grown more popular. They estimate the Tokyo event will attract 800 attendees this year. They have plans to expand to San Francisco and Shanghai in the coming years. “It’s a million details,” Kook said, describing the planning process for the events. “We start prepping six months prior to each event, so this fills the year! We keep being very precise on everything: art direction, planning, and budgeting. We put a lot of attention on the well-being and experience of the audience, speakers, and sponsors.”

“We are using Dropbox Paper a lot as we can integrate images and texts very easily…it saves us a ton of time.” —Kook Ewo

To keep everyone on the same page, the Motion Plus Design team uses Dropbox. “Dropbox is totally central for our team as we are constantly working on different time sets and with a lot of different people around the world. Every document, film, reel, invoice, flight ticket is on the event’s Dropbox, and we can share it instantly. Also, as we are traveling lot, we are always able to show anything we want or our cell phones or laptop in a heartbeat. I don’t know how we could achieve this huge project without using it.”

Today’s motion designers need to work quickly and collaboratively, exchanging files with directors and editors on a daily basis. “My latest example is the documentary RBG, directed by Betsy West and Julie Cohen” said Kook, referring to a 2018 Sundance Film Festival darling featuring Kook’s work. “It got released in US theaters on May 4th. My Paris team and I did all the work in Paris, and we just dropped our rendered files in the Dropbox folder so [the film’s editors] could instantly integrate them.”

Kook has also found a useful tool in Dropbox Paper. “We are using Dropbox Paper a lot as we can integrate images and texts very easily. For example, we use that for our sponsors so they know exactly our PR planning and how we’ll use their logo for all the prints and communications. Everyone can have a look at it, share their comments, etc. It saves us tons of time.”

See the latest work from hundreds of other motion designers when Motion Plus Design kicks off on June 2 in Tokyo.

In the video below, see how two more motion designers use Dropbox Paper to share mood boards, files, and renders during their creative process. 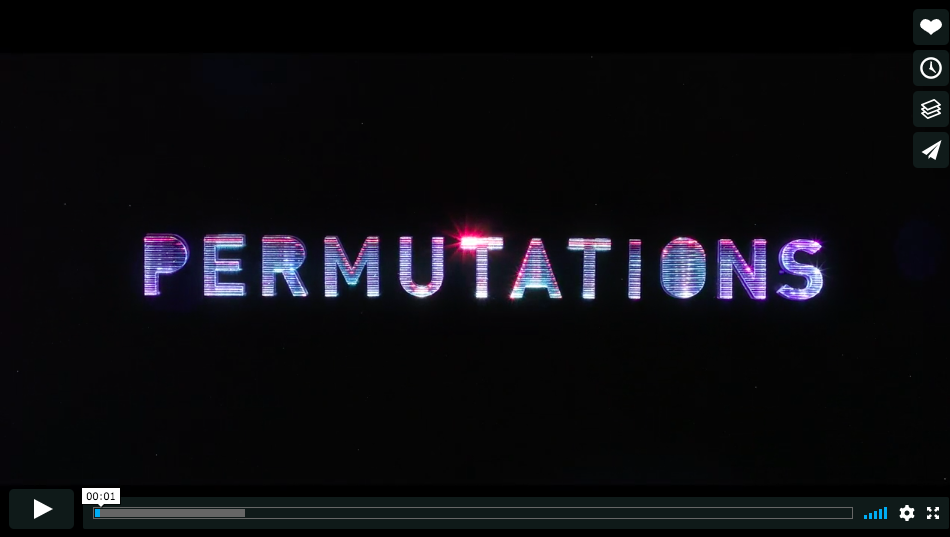 What does it mean to be a good manager remotely?

How the Great Resignation is opening new doors for creatives

Making real work friends when your work is virtual