As someone who recently started a new job with a far-flung team, I’ve been thinking a lot about how to make friends. Everything—so far—is virtual. I can’t grab an impromptu coffee or stop by someone’s desk. Moments of serendipity are rare. And even when I do go back to an office, it won’t be the same office as most of the people I work with day-to-day. The reality is, in a world of video conferencing and asynchronous schedules, it’s never been harder to maintain friendships at work, let alone strike one up in the first place.

“What the pandemic has really shown us is that those virtual tools that we have are not sufficient for building new relationships,” says Beth Schinoff, a professor of organization and management at Boston College who has studied coworker friendship. “The social side of work is really hampered by working remotely.”

Research has shown that having meaningful workplace relationships—it’s up to you whether you want to call them friends—can make us happier, keep us motivated, and help make work more meaningful (or at the very least, a little less dreary). But in a survey late last year, Pew Research Center found that 65% of newly remote workers said they felt less connected to their coworkers, whereas only 27% of experienced remote workers felt the same way. Some people want to go back to the office just so they can see their work friends, while others have started and left jobs without ever once meeting any of their colleagues in person. The New York Times suggests the latter trend “illustrates how emotional and personal attachments to jobs may be fraying.”

“Leaders have a role in creating spaces and curating opportunities for employees to be connected,” says CoCreate Work founder La'Kita Williams

It won’t be like this forever. Travel will get easier, and teams will finally be able to meet. We’ll have offices to visit when more in-person work makes sense. And even companies that are predominately remote will likely plan team-building off-sites and retreats. But if you’re anything like me, you might be wondering: How, in the interim, do I actually connect with colleagues who I still might not meet for months? Or, as Schinoff puts it, how do I get to know “a whole person instead of just a talking head?”

What I’m learning is there’s no simple answer. It takes effort—and not just on your part, but from colleagues, managers and leaders, too. New technology and ways of working certainly wouldn’t hurt. And because working virtually is different from office work in so many ways, it also means rethinking how and why we make friends at work in the first place.

“I think we're rethinking all of these relationships,” says La’Kita Williams, the founder of CoCreate Work, a consultancy that works with small and emerging businesses on building company culture. “Like, what does leadership look like? What does remote work look like? Mentorship? But also what does community and friendship look like at work?”

Although it might be easy to forget today, the relationships we have with our colleagues were already undergoing a dramatic shift even before the pandemic. Tools like Slack and Zoom were an increasing part of how many of us worked—even among those of us working in the same office, and maybe even at the same desk. Emails and instant messages have been a source of misinterpretation and anxiety for decades. What’s different now is that everything is happening more; more people are experiencing these things more often and more intensely than ever before.

It’s in this context that Schinoff and her colleagues—Arizona State University professors Blake Ashforth and Kevin Corley—decided to study how people form relationships when doing remote work. The authors focused on employees of an unnamed global technology company who spent at least half their time working remote, “with many working remotely 75-100% of the time” (notably, the study was conducted pre-pandemic, and the participants primarily interacted with one another, not over video, but by phone). They found “remote workers often experienced virtuality as ‘a barrier’ to forming friendships with their colleagues.”

Those who were able to overcome that barrier did so by achieving what the researchers called “relational cadence.” Compared to working in an office, the rise of virtual work has made it more difficult for us to know when, where, and how our colleagues do their work; everyone works different hours, lives in different places, and predominately uses technology to communicate. “This affects mutual availability and responsiveness, two behaviors that build trust and eventually friendship,” the researchers write. But colleagues who tended to be more available and responsive to one another were more likely develop a work-related cadence—and with that groundwork in place, more likely to become friends.

When you might not meet your colleagues for months, how do you get to know “a whole person instead of just a talking head?”

“The reason that matters so much in an online world is nothing is spontaneous anymore,” Ashforth told me. “Because of that, it takes a while to get [what] we call a temporal rhythm—to develop this sense of just how the heck you're going to connect.”

But what was most surprising to Ashforth and his co-authors was how virtual work flipped the usual dynamics of how friendships are formed. In-person, the potential for friendship comes first; you decide whether or not you like someone because of how they present themselves, and not how they work. In fact, you can like someone in spite of how they work. But the virtual office is different. “Work is the context, it's the reason, the purpose, for talking in the first place,” says Ashforth. “And that frames the way you approach the relationship.”

Virtual work turns the spontaneity of in-person friendship into a process that’s slower, more thoughtful, and deliberate; it turns work-related qualities like competency, reliability, and compatibility into prerequisites for a potential friendship that, in person, might never hinge on any of those things. Or, as Schinoff puts it, “the work relationship that you have with someone is independent from friendship, but friendship is not independent from work.”

Putting in the effort

It’s no wonder then I keep coming across the same piece of advice for would-be friend-seekers like myself: be intentional. Everyone seems to agree that you aren’t going to form friendships the same way you used it. In a virtual environment, it takes more work to make time for things that aren’t, well, work. You have to actually put in the effort!

And yet I couldn’t help but find some of this advice a bit frustrating. I knew that intention was important, but I also chafed at the idea that workplace relationships were something I could will into being with enough persistence and determination. So it was reassuring to hear that this isn’t something that’s totally up to you or me.

“Leaders have a role in creating spaces and curating opportunities for employees to be connected,” Williams, the founder of CoCreate, told me. “We often say culture includes everything—and so it includes this as well.”

"You kind of feel like you need permission to do anything but work—especially when you're working from home," says professor Beth Schinoff

Schinoff agrees. "Managers not only permit these kind of friendships to bubble up—they also set the context for them,” she says (you’re going to be much less likely to form relationships with your colleagues, for example, if the only meetings your boss ever schedules are directly related to work). “You kind of feel like you need permission to do anything but work—especially when you're working from home and you're on the company dime every time you log into your computer.”

But of course, that doesn’t mean employees simply have to go along with whatever their leaders impose upon them, either—especially if those Zoom happy hours aren’t working. Williams stresses the importance of listening to employees and understanding their needs. That could mean managers “having conversations with people [and] not building any policies or processes that aren't inclusive of what people's actual experience is and what they want to see,” Williams explains—“and then setting continued goals around measurement as well, to make sure what we created is something that's still beneficial for folks.”

There's certainly a role for new technology to play here, too. Schinoff and Williams mentioned Gatherly and Gatheround, respectively, as specific examples of services that have tried to make online events and social gatherings more engaging and meaningful for employees through thoughtful prompts and spontaneity. But a big part of what’s still missing is the emotional piece—that ineffable digital experience that can replicate the feeling of presence we can only seem to get offline. It’s why, as cities and workplaces increasingly open up, finding that balance between the physical and virtual will be key. In the absence of better tools, the chance to meet and see our colleagues again will almost certainly make the virtual side of our relationships stronger than if they were virtual all the time.

“Until we can get technology that can really make it feel like we know each other in a really rich way, I think we're going to always run up against the same exact problems trying to build these super rich, deep connections,” Schinoff believes. Of course, that’s not to say it isn’t still worth trying to build those connections today. “I think my biggest takeaway is that forming these personal relationships takes effort,” she says. They’re not going to happen organically the way they used to, and we have to be more intentional—but from Schinoff’s perspective, “the payoff is actually is pretty significant.” 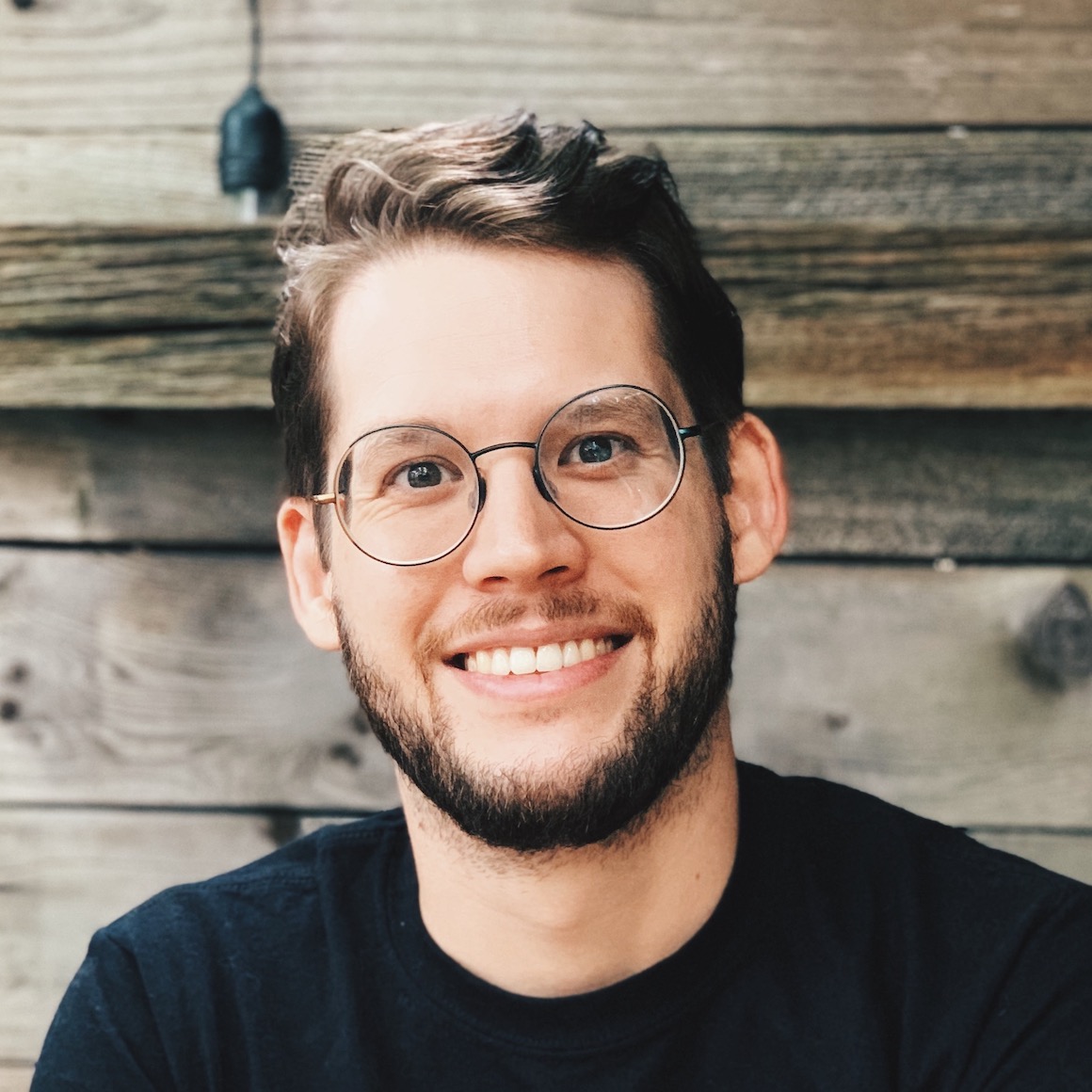