Early on in the pandemic, with air travel shuttered, Sweden’s Scandinavian Airlines did what many competitors did—they furloughed workers.

Spearheaded by SAS board member Oscar Stege Unger, it was a collaboration with Novare Human Capital (a Swedish HR and search company) and Sophiahemmet University. What began with 30 furloughed workers quickly grew to include 300. The consortium later expanded by training 200 more laid-off workers from the Stockholm Grand Hôtel, Courtyard by Marriott, and McDonald’s to work in the nursing home sector.

“I think we were the first ones to do something like this in Europe, and it was very well received and inspired others,” says Freja Annamatz, Head of Media Relations for SAS International. “It was sort of simultaneous, where many companies realized there was a lot of potential in trying to help and give back to society during a hard time.”

While SAS’s ability to educate workers isn’t totally unique—Google, Microsoft, and other large companies have robust employee education programs—most companies don’t have the resources or agility to adapt. But the pandemic, which caused businesses to evolve new ways of operating in real-time amidst sudden economic change, might make SAS’s experience more common.

In continuing education, there are two major types of training—reskilling and upskilling. When workers learn skills outside of their current job description, they’re reskilling. When they enhance or augment their current skill set, they’re upskilling. The scale and degree of change might vary, but reskilling and upskilling workers is probably here to stay. In this new era, lifelong episodic learning may become the norm for workers. And how companies embrace this continuing education, both in-house and beyond, could have far-ranging implications.

The current landscape of employee learning

Lifelong learning, even among those who actively pursue educational opportunities, has always been important. But it has become more urgent because of technological complexity and rising economic volatility. Companies and employees, and young and old alike, will have to continually adapt to these changes.

Large tech companies like Microsoft, Apple, and Google (and mid-caps like Dropbox) offer numerous continuing education resources. Same goes for older giants like IBM and AT&T. There are in-house professional development courses, seminars, and “beyond-the-classroom” tools. Employees can learn to code, become wizards at Excel or other programs, and even take up personal pursuits such as cooking classes and guitar lessons. Workers can also get partial reimbursement for tuition and other educational expenses. IBM spends over $574 million annually on its “internal training and development program, considered one of the world’s largest.”  AT&T’s massive $1 billion reskilling initiative—Future Ready—is a blend of internal online coursework and collaborations with universities and learning platforms like Coursera and Udacity.

These programs can take many years and substantial resources to develop. Smaller companies with fewer resources can’t replicate them easily. But Jennifer Henry, senior vice president of career services at 2U, a global education technology company, says that there’s a “clamoring” for more professional development, regardless of company size. She already sees it with her own team.

“High performing teams and companies are investing every day in their employee base, through great management, coaching, stretch [assignment] projects, and increased responsibility,” says Henry.

“It’s really provocative to think about what makes a good society and the role corporations and employers have to play,” she adds. “But I would argue for more of a portfolio approach than an in-house academy.” By portfolio approach, Henry envisions a combination of in-house learning initiatives, university collaborations, and use of online learning platforms.

“It’s really nice to think about helping to solve multiple problems that are interrelated through one comprehensive approach.” —Jennifer Henry

Stephanie Riegg Cellini, a professor at George Washington University’s Institute of Public Policy, and an editor of the Education Finance and Policy, sees a role for corporations to play in the continuing education of employees in the form of generous tuition benefits. But she also thinks that students need to be able to pursue the educational path of choice, and maintain flexibility in transitioning to different roles at the company.

“I appreciate tuition remission, reimbursement, or grants by employers, and I think they’re a great idea for smaller companies,” says Cellini. “At the same time, we do need to be careful that students make informed choices about the quality of institutions they attend, to make sure they can make that transition after they get employer support.”

Cellini says companies and employees must do their due diligence on the credibility of online learning platforms. In a recent Brookings Institute report, Cellini raised alarm bells about for-profit colleges. She worries that enrollment in traditional universities has gone down during the pandemic, and shot upward for online for-profit education companies.

“We know about the kind of differences in quality between the sectors and we know about the difference in costs for students, and neither one of those favor the for-profits,” says Cellini. “So, looking at student outcomes is really important. I would suggest that companies and employees really look at the success of graduates and make informed choices as well about which providers they're partnering with.”

Joanne Cheng, a senior associate at Rethink Education, an online education platform, says that one path forward is for companies to offer project-based learning. In this setting, employees can work on projects with other departments and groups, gaining experience in anticipation of an internal transition. These are known as “stretch” assignments. But not all companies offer these, putting the onus instead on individuals. Going forward, there’s the opportunity for episodic learning to become a shared responsibility.

How workers benefit from episodic learning

For individuals, learning isn’t just about higher wages and benefits. The right role, even a new one at the same company, can keep employees intellectually engaged. And if workers can take advantage of company education, they will be better able to deal with a rapidly automating, tech-driven economy.

"We are very aware of the need for reskilling solutions,” says Cheng. “Not just training like the boot camps but also career navigation tools to help people understand what skills they have, the careers they can move into, and the stable careers that will be around in 10 to 20 years.”

This experience already is and will continue to be far different than the long careers enjoyed during the 20th century. 2U’s Henry says that unlike her father, a life-long owner of an auto-body shop, and uncle, who worked for SC Johnson his entire career, she has changed careers multiple times. While Henry expects her children to do the same, she thinks that employee education will be a shared responsibility.

“There is a growing sense in our country that the health of our economy and our businesses is a shared responsibility, and companies have a responsibility to their employee base,” she says. “And I don't think that's going away. I think employees are looking to their employers to make an investment in them.”

Cellini says that if companies help finance tuition, it allows workers to avoid burdensome student loans. For individuals, this can be just the type of push they need to expand their skill base. There could be an argument made for employees having some “skin in the game” to avoid taking employer-financed education for granted. Cellini thinks it’s reasonable for employees to pay some part of their education because the training could lead to higher wages. Cheng believes that if learning is paired with guidance and advising, where education is clearly tied to an employee’s goals and aspirations, then workers won’t simply go through the motions.

“We're all living longer and this means we're going to need to work longer,” adds Henry. “Imagine what the demands are going to be as far as tech skills for professionals 20 years from now. If my tech skills never evolve from this moment, then I'm going to be a dinosaur in a few years.”

On a more personal level, Cheng says that developing educational capacity will offer employees opportunities to discover themselves. They will be better able to hone in on goals, interests, and strengths, and use the firm’s resources to aid in that self-discovery. Beyond pure skill development, such programs could also offer career navigation and mentorship opportunities.

“Perhaps the learning is embedded into their everyday workflows so the learning is intuitive and draws learners in,” says Cheng. “Learning of that kind, we hope, can bring joy and fulfillment.”

Adapt to stay ahead of the curve

By embracing episodic learning at companies, workers can ensure their own adaptation. As Stephanie Riegg Cellini noted, workers who reskill or upskill are more flexible. “Employees might want to pursue a different opportunity, or they want to switch into a different career or develop more skills,” says Cheng, who notes that this benefits companies as well. “I think internal mobility helps with worker retention.”

American tech companies have a high demand for developers but the supply is low. 2U’s Henry thinks that an increasing supply of technically skilled workers like developers will also create a more diverse workforce.

“We've got the long-term trend where employers need more talent with those advanced tech skills, which is accentuated by the pandemic,” she says. “Then we have this growing awareness that we don't have diverse representation among the folks in our country who have those tech skills. And with the movement for racial justice in the headlines, we see more companies saying that they want to invest in finding diverse talent with advanced programming skills.”

Henry points to 2U’s partnership with Netflix and Norfolk State University as an example of this process in action. The‌ ‌‌Netflix‌ ‌Virtual‌ ‌HBCU‌ ‌Boot‌ ‌Camp‌‌ allows up to 130 Norfolk State students and recent alumni to enroll in a 16-week course that cover skills like Java engineering, UX/UI Design, and Data Science. This collaboration with Norfolk State, a public university with an historically Black student body, is part of Netflix’s advocacy for more Black representation in the tech industry.

These trends might also create opportunity for a more geographically diverse workforce. Instead of having to move to large cities, people from smaller towns and rural areas could transition into new jobs remotely. Once there, they can keep upgrading their skills to adapt to the changing economy.

“It’s really nice to think about helping to solve multiple problems that are interrelated through one comprehensive approach,” Henry says. To that end, 2U and indeed many other companies are having more conversations about how to develop tech skills for a diverse group of people.

And, as SAS’s Annamatz said, the upsides of worker education also extend to extraordinary times such as these. She says that companies that can quickly adapt to something like a pandemic or recession, and rapidly reskill their workforce, will be desirable companies to work for.

“We will be forced to see to it that we are an attractive employer and that people want to work for us,” says Annamatz. “There can never be enough learning.” 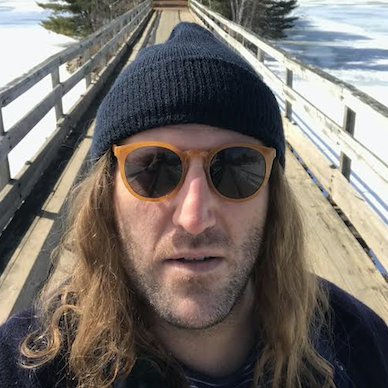