In the Spring of 2022, an unofficial musical adaption of the popular Netflix series Bridgerton won a Grammy. The award for Best Musical Theater Album went to Abigail Barlow and Emily Bear. Known professionally as Barlow and Bear, the duo were the category’s youngest nominees, beating out industry stalwarts like Andrew Lloyd Webber. But even more surprising was where their album found its fans: not on a theatrical stage, but on TikTok.

When it comes to Broadway, putting on the same shows, year after year, can start to feel a little stale. The same can be true for any creative industry, where legacy players can get in the way of new creators offering fresh perspectives. At some point, the conventional thinking goes, the old guard has to take its final bow and cede the stage to those waiting in the wings. But there’s a new class of talent that’s not waiting for permission to tell their own stories. Instead, they’re turning the spotlight on themselves and showcasing their work online.

Barlow and Bear wrote and recorded The Unofficial Bridgerton Musical in collaboration with an online peanut gallery of musical theater and Bridgerton fans. As of this writing, the musical has never been staged in full—only released as an independently recorded Grammy award-winning album. That arguably makes Barlow and Bear’s crowdsourced musical the most successful to date. But it’s not the first, nor the only one of its kind. In fact, the duo are part of a larger community of digital creators finding their voices and their audiences by turning screens into stages.

While TikTok plays a part, it’s not the only source of DIY crowdsourced creativity. To get the attention of their industry’s big players, performers have also turned to Zoom, YouTube Live, and Instagram. And unlike those that came before them, they’re not afraid to throw out the old playbooks and make up their own rules—rather than wait for industry veterans to give their stamp of approval.
“[Digital theater] is huge for representation, and giving people a voice and a way to express themselves,” says Brendon Henderson, creator and host of the popular musical documentary and YouTube channel Wait in the Wings. “When Broadway won't let you in the room, digital theater is a good way to break that door down.”

'...no matter if you have 10 followers or 100, you can reach millions of people instantly'

For many creative entrepreneurs, online platforms can feel more like a global showcase of talent where anyone—regardless of background or experience—can really shine. “TikTok is incredible for creators: it gives them a voice, and no matter if you have 10 followers or 100, you can reach millions of people instantly,” said Bear in an interview with Broadway World. It’s the kind of accessible recognition that has contributed to a growing cultural significance for online creators.

In 2020, teacher and Disney fan Emily Jacobsen posted a TikTok paying musical tribute to Pixar’s 2007 movie Ratatouille. The following month, composer and arranger Daniel Mertzlufft posted a TikTok he captioned Grocery Store: A New Musical. Other TikTok users added their own layers to Ratatouille and Grocery Store using the app’s duet function. Grocery Store culminated in a Broadway-worthy moment captured entirely on the app, while Ratatouille the Musical ultimately turned into a full-length filmed show—with the blessing of Disney, no less. It starred Broadway legends and TikTokers alike, and Mertzlufft served as music supervisor, arranger, and composer.

Mertzlufft is a prime example of someone whose TikToks rocketed them to mainstream attention. After the success of Grocery Store: The Musical and Ratatouille the Musical, Mertzlufft was invited to create Thanksgiving the Musical for The Late Late Show. In 2022, in a full-circle moment, he co-wrote the book for For You, Paige, a musical funded by and streamed on TikTok.

In spaces like Broadway, where both the talent and those behind the scenes are overwhelmingly white, creators have even used online platforms and communities as a career springboard into hard-to-crack industries—including comedy, music, and even professional makeup. Leo González, a comedian who started on YouTube and has since amassed 2 million TikTok followers told USA Today, “TikTok feels like an open talent show. It shifted business everywhere.”

Democratizing the cost of admission

Because an online audience isn’t limited to the number of people who can get to your theater, art gallery, or downtown comedy club, digital creators are shifting the way storytelling and performance is distributed—and traditional industries are taking note.

In 2020, streaming service Disney+ released a version of Broadway juggernaut Hamilton that was filmed with the original cast. The immediate benefit went to Disney, as downloads of the app increased by 74% that weekend. But once theaters reopened, and despite producers’ misgivings, Hamilton creator Lin-Manuel Miranda told CNBC that the film reinvigorated interest in the hit live musical.

Another reason why the recording of Hamilton did so well? Cost. When it comes to seeing live theater on Broadway, the experience can be cost-prohibitive for many. The average cost of a ticket to a Broadway musical in the 2018-2019 season was $122.73, with tickets for hit shows like Hamilton going for over five times the amount of retail value at their peak.

In contrast, Ratatouille the Musical asked ticket buyers to name their own price, between $5 to $100. “We endeavored to create price points that work for everyone’s budget,” the musical’s FAQ explained, and “we are hopeful some people might be able to donate more than others.” During its limited streaming window, the film was watched by 350,000 viewers and raised $2 million for The Actor’s Fund.

The streaming version of Hamilton and Ratatouille The Musical showed that a business model that allows for more access for more people won’t necessarily negatively affect the bottom line. Instead, it could bring new stories to new audiences and foster opportunities to hear fresh perspectives.

For creators, the digital stage presents less of a static artist-to-audience relationship and more of an interactive community that can act as a live workshop. The immediacy of online feedback can help creators tailor their content toward what they know their target audience wants. This kind of interactive experience is one that The Unofficial Bridgerton Musical co-writer Emily Bear can attest to. “It was almost like we were workshopping instantly,” said Bear about her process to Broadway World. “Because we had everyone who would be buying the album watching us write it in real-time, they told us exactly what they liked and exactly what they didn't like.”

Some recent musicals have figured out how to use social media and online discourse to build an audience, too. The most notable example is Beetlejuice, which premiered on Broadway in March 2019. In addition to earning eight Tony nominations—including Best Musical—Beetlejuice exploded on TikTok. Fans recreated scenes and started challenges, lip-syncing to songs from the original cast recording. When the Beetlejuice Broadway run was prematurely cut short by the pandemic, the ongoing support from fans on TikTok contributed to it finding a new home on Broadway and reopening in April 2022.

Beetlejuice might signal a turn for big players on Broadway. “It'll be interesting to see if they start using TikTok as a way to sample songs—to see, ‘Would this one play well in the show?’” says Henderson, the musical documentary YouTuber. He‘s also well aware that not just any content can gain the same kind of attention online. “Beetlejuice was made for TikTok in a lot of ways, because of how against the grain it is,” he says. “It is a Gen Z show. It taps into ‘I don't care what you think about me, I'm gonna say what I say and express what I want to express and you can deal with it. Perfect for TikTok.’”

It’s not just the flavor of content that’s unique to the online creator space; there’s also a real community aspect that’s tougher to find with an in-person crowd that leaves at the end of every show. Fans talk to each other and the creators in the comments and put out their own video reactions.

“It goes back to that primal thing of friends gathering together to make something,” says Henderson. “When I was little, I would put on performances of Phantom of the Opera in my backyard with my friends and neighbors. TikTok has become that community—that backyard—where we can all come together and hang out.”

Setting the stage for new pathways

Evolutions in digital creation, collaboration, and sharing have allowed creators to experiment in a low stakes way while finding an audience and attracting mainstream attention. At the same time, these developments have put artistic content of all kinds into the homes and hands of fans.

Retailers are also waking up to the fact that creators can be both bellwethers of trends and a highly effective way to sell goods. Online platforms and communities have incentivized millions of people to do what marketers have been trying to convince them to do for decades: Pitch products to peers in a way that feels organic and sincere, at a low cost to the company. Just as Beetlejuice TikToks enticed people beyond Manhattan to join in with the show’s tantalizing weirdness, a teenager’s makeup tutorial filmed in their bedroom has the potential to showcase an eye shadow palette in a more creative and engaging way than a traditional ad.

For creators like Mertzlufft, who are making work on their own terms and putting it out in the world, there’s hope that their art can prove the cultural significance of artists outside of traditional backgrounds. “Because even before the concept production, even though there wasn't an actual show, the show existed,” Mertzlufft told Broadway World. “It's a complete re-concept of what musical theater can be.” 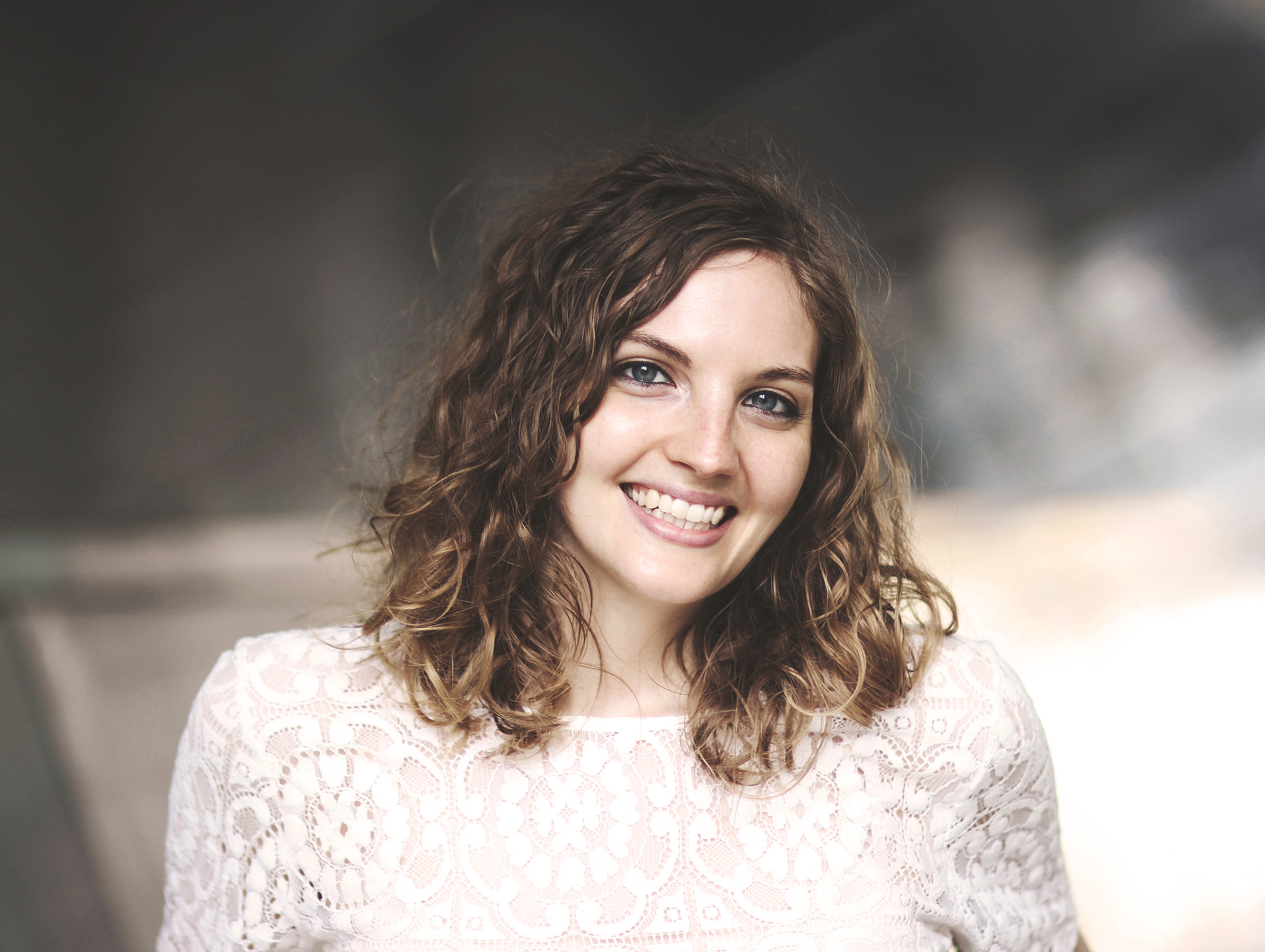